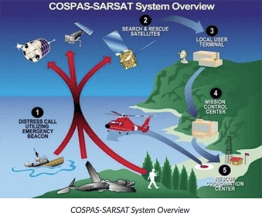 When Inside GNSS first reported on the formal announcement to the start of Galileo Initial Services last December, there was plenty of excitement about the program’s potential, and with good reason.

When Inside GNSS first reported on the formal announcement to the start of Galileo Initial Services last December, there was plenty of excitement about the program’s potential, and with good reason.

The European Commission (EC), owner of Europe’s GNSS system, Galileo, made the formal announcement at that time about the start of Galileo Initial Services, the first step towards full operational capability. With further launches continuing to build the satellite constellation, gradual improvements to the system performance and availability worldwide are expected.

With that initial announcement, came word that Galileo was now providing three service types, the availability of which will continue to be improved — Open Service (OS), Search and Rescue (SAR), and Galileo’s Public Regulated Service (PRS).

Recently, the Galileo SAR was officially launched, signaling yet another milestone brought about by the Galileo satellite constellation. According to the European Global Navigation Satellite Systems Agency (GSA), among the many benefits SAR brings is a faster response time when every minute matters.

Launched as part of the Galileo Initial Services, Galileo is the first GNSS constellation offering global SAR capability. Available at sea, in the mountains, across the desert and in the air inside the Galileo/SAR Service Coverage area, this essential Galileo service helps operators respond to a distress signal faster and more efficiently, the GSA states.

The Galileo SAR service is comprised of two components:
• An automatic forward link distress alert
• A unique return link alert that informs the sender that their message has been received (planned to be available at the end of 2018)

Once fully integrated into the COSPAS-SARSAT system, the Search And Rescue Transponder on Galileo satellites will pick up signals emitted from distress beacons in the 406 to 406.1 MHz band and broadcast this information to dedicated ground stations (MEOLUTs) in the L6 band. Once these signals are detected and the beacons located by the MEOLUTs, COSPAS-SARSAT Mission Control Centres (MCC) will receive the beacon location information and distribute the data to the relevant rescue centers worldwide.

More on COSPAS-SARSAT
The Galileo SAR service is Europe’s contribution to the upgrade of COSPAS-SARSAT, an international satellite-based SAR distress alert detection and information distribution system. Established in 1979 by Canada, France, the United States and the former Soviet Union, it is used to detect and locate emergency beacons activated by aircraft, ships and individuals. It is designed to provide accurate, reliable and timely alert and location data to help SAR operators find and help people in distress.

COSPAS-SARSAT operates through a satellite system maintained and coordinated by its participants. This system detects distress alert transmissions from radio beacons that comply with COSPAS-SARSAT specifications and standards, determines their location, and provides the information to SAR teams.

With Galileo and the increased positioning accuracy it provides integrated into COSPAS-SARSAT, users will benefit from:
• a reduction in the time it takes to detect a person at sea or in the mountains from one hour to just 10 minutes after the distress beacon is activated
• improved localization of the distress beacon from 10 kilometers to less than 5 kilometers
• increased availability
• better detection of signals in difficult terrain and weather conditions
• a return link that ensures users that their distress signal has been received and help is on the way (planned to be available end of 2018)

With these types of services in place, the Galileo SAR service is saving more lives, the ESA reports.

For more on Galileo services, you check out the Inside GNSS webinar “GALILEO: Dawn of a New Age of GNSS Service”, or read Galileo’s Commercial Service Implementing Decision Adoption to Bring Added Value to Users.