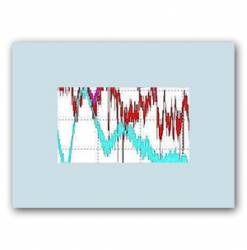 The problem affects only user equipment that erroneously uses navigation message data from the  satellites, which had yet to be set "healthy."

The problem affects only user equipment that erroneously uses navigation message data from the  satellites, which had yet to be set "healthy."

Since March 15, the Air Force has been conducting the functional checkout on SVN 64. The satellite broadcasts a data message that clearly indicates that it is unusable for navigation, according to the Air Force. Nevertheless, the U.S. government has confirmed that certain models of GPS receivers are using data from SVN 64, disregarding relevant GPS interface specifications (IS-GPS-200) and resulting in receiver outages or corrupted, inaccurate position calculations.

Beginning in the early part of April, the U.S. Coast Guard Navigation Center (NAVCEN) and other agencies received numerous reports of GPS errors encountered by users at various global locations.

The Air Force emphasized that the problem is not related to the April 28, 2014, activation of civil navigation messages on the GPS L2C and L5 signals.

After study of the user reports, the Air Force GPS Operations Center (GPSOC) released the following statement in early May:

"A thorough examination of the GPS service delivery has confirmed that no violations of the interface specifications are contributing to the errors reported.  While IS-GPS-200 compliant, the signals and data broadcast from GPS satellites during this period include extended non-operational and unhealthy broadcasts from PRN 6 [SVN 49] and PRN 30, respectively. The inappropriate utilization of these non-operational/unhealthy signals/data could result in (User Equipment) UE mal-performance or malfunction.

PRNs 6 and 30 are both clearly and comprehensively represented as unhealthy.  PRN 6 does not even appear in the almanac broadcast from any PRN.  A specific UE fault mode in utilization of the PRN 30 broadcast data . . . corresponds to the types of intermittent errors that some users are reporting.”

An IS-GPS-200-compliant “extended navigation mode” (no navigation message uploads for an extended period of time) functional checkout of SVN 64 had been taking place during the disruptions. As yet not declared operational, PRN 30 in this mode was broadcasting almanac datasets that did not reflect constellation changes that occurred since the previous upload of navigation message data.

Signal processing designs in some GPS receiver types apparently used these almanacs in a manner that regarded the time of week, but neglected or mishandled the week number, according to GPSOC, “effectively executing as if the current week number is the week number associated with these almanac parameters.” This, in turn, resulted in an increasing error in visibility determination and other almanac based estimations (elevation/azimuth, Doppler shift, SV clock offset from GPS time, etc) as the dataset’s actual week offset from the current week increases.

The Air Force testing is scheduled to end soon at which time SVN 64 will begin normal operation. At that point, these problems may stop occurring. Meanwhile, the U.S. government has urged all GPS device makers to review their products for compliance with the GPS interface specifications, and if necessary, to issue software/firmware updates to users as soon as possible. Specifications can be viewed on line at <http://www.gps.gov/technical/icwg/>. GPS device makers can find a technical explanation of the problem at <http://www.navcen.uscg.gov/pdf/gps/GPSOC_PRN 30_Notice.pdf>.

Users experiencing GPS outages should check with their device manufacturers for available software/firmware updates.  In addition, any civil user experiencing unusual behavior in GPS user equipment should report it to the NAVCEN. Aviation users should file reports consistent with FAA-approved procedures.  Military users seeing unusual behavior should report it to the GPSOC.