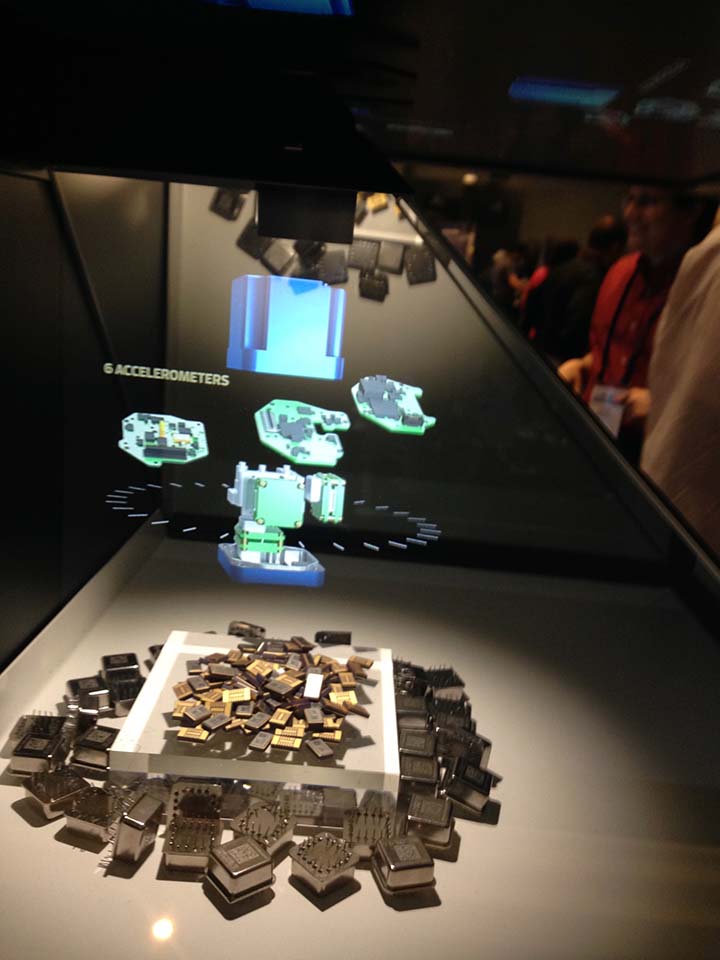 But discussions on those key topics were only a portion of what took place at PLANS as the several sessions addressed a variety of other hot topics – including GNSS integrity and augmentation, Vision/integrated navigation systems, and marine vehicle navigation. Additionally, manufacturers launched several products on the show floor and announced big plans for future launches – some of which will take place this week at AUVSI EXPONENTIAL in Denver, Colorado.

Close to 20 manufacturers showed off their products and technologies at PLANS, and on Tuesday a number of them were talking about new launches. An Awards Luncheon took place on April 26.

M-Code was also a prominent topic in the exhibit hall.
Lou Pelosi of CAST Navigation said the company is now offering M-Code in an AES unclassified version and is working on an MNSA (modernized navstar security algorithm) classified version to be offered soon. Pelosi said the software upgrade is available for use with all of the company’s GNSS simulation systems.

Spirent Senior Systems Engineer Phillip Bonilla said the company’s SimMNSA Simulating M-Code will be available before the end of the year.
Targeted for Spirent’s GSS9000 GNSS/GPS simulator, SimMNSA’s key features will include: supports simple key and fly scenarios for straightforward receiver integration; supports advanced functions for receiver developers; and allows greater flexibility and control for scenarios than SDS, according to Spirent.

Physical Logic is attending AUVSI XPONENTIAL this week and will also be at the Israeli Pavilion at Eurosatory (Paris, France), June 11-15.

The PLANS conference is jointly sponsored by the Aerospace and Electronics Systems Society (AESS), and the Institute of Navigation (ION). The AESS is sponsored by the IEEE, which is the world’s largest professional engineering organization. The ION is the world’s premier professional organization for the advancement of positioning, navigation and timing.