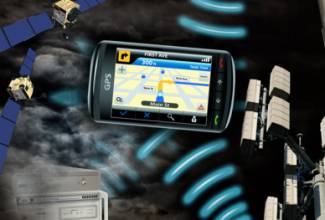 A U.S. District Court has dismissed most of two lawsuits brought in 2013 against GNSS manufacturers stemming from the effort by LightSquared Inc. to build a high-powered broadband wireless network using RF spectrum adjacent to the GPS L1 band and allocated for mobile satellite services (MSS).

A U.S. District Court has dismissed most of two lawsuits brought in 2013 against GNSS manufacturers stemming from the effort by LightSquared Inc. to build a high-powered broadband wireless network using RF spectrum adjacent to the GPS L1 band and allocated for mobile satellite services (MSS).

After initially supporting LightSquared’s efforts, the Federal Communications Commission (FCC) in a public notice issued by the agency’s International Bureau on February 15, 2012 vacated a January 2011 conditional waiver that would have allowed the construction of up to 40,000 high-powered ground transmitters, as a result of demonstrated interference to GPS signals and receivers. LightSquared subsequently filed for bankruptcy.

However, the federal court retained two claims — for negligent misrepresentation and constructive fraud — asserted by LightSquared against the defendants, Deere & Company, Garmin International, Inc., Trimble Navigation Limited, and the U.S. GPS Industry Council (USGIC). Those claims revolve around the issue of whether the defendants knew about, but failed to disclose in pre-2010 negotiations with LightSquared, their knowledge of and concerns about the “out-of-band reception” of GPS receivers that gathered GNSS spread spectrum signals in the MSS band as well as the GNSS L1 band.

On February 5, Judge Richard Berman, in the Southern District of New York, issued a decision and order in parallel cases brought against the defendants by LightSquared and Harbinger Capital Partners LLC, a hedge fund that invested in LightSquared, Harbinger obtained full ownership of the company on March 29, 2010, with a purchase out outstanding shares of stock for nearly $1.9 million.

The judge set a March 2 date for a status/settlement conference by the two sides, who Berman asked “to engage in good faith settlement negotiations before the conference.”

LightSquared’s complaint—but not Harbinger’s —also named The Coalition to Save Our GPS, an unincorporated association, as a defendant. However, the coalition was not called to appear and the defendants argued that, as “an informal group,” the coalition lacks the capacity to be sued. Because LightSquared failed to respond to this argument, the Court dismissed its claims against the coalition.

The court dismissed Harbinger’s entire lawsuit, essentially for a lack of standing by failing to establish that it had any relationship with defendants as well as a failure to sufficiently plead its federal and state law fraud claims, including “the time, place, speaker and . . . content of the alleged misrepresentation.”