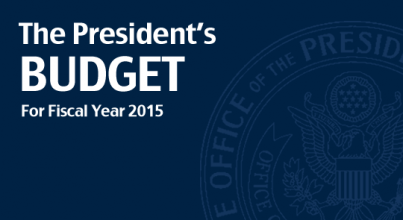 Members of Congress mapped out some rare common ground with both House and the Senate appropriators agreeing to not only fully fund nearly all elements of the GPS program next fiscal year but to add tens of millions to restore cutbacks in the procurement schedule for GPS III.

Members of Congress mapped out some rare common ground with both House and the Senate appropriators agreeing to not only fully fund nearly all elements of the GPS program next fiscal year but to add tens of millions to restore cutbacks in the procurement schedule for GPS III.

The Congressional largess does not mean, however, that the GPS program got a budget bump-up. Program funding in Fiscal Year 2015 (FY15) will actually be down sharply from FY14, with spending for GPS III procurement likely plunging at least $135 million and GPS development down $11.3 million year over year once the final conference committee numbers are in.

The reason is that the starting point for FY15 was dramatically lower. The White House, finally acknowledging budget realities it had previously tried to avoid, requested far less than in previous years — shaving $262 million off what had been its initial GPS budget submittal for FY14. In fact, the total FY15 funding request of $1,013,500,000 for the Defense Department’s GPS programs was $195 million less than what Congress actually gave those programs for FY14 after making cuts.

At least the House and Senate agreed not to cut the 2015 request for the Next Generation Operational Control System (OCX) and the GPS Enterprise Integrator, a program designed to integrate the ground segment with the space segment and with user equipment. Lawmakers have trimmed the OCX budget request each of the last three years. For FY15, however, the program will get all that the White House asked for — a budget of $299.76 million. Even so, the skinnied-down budget submittal means the program will have make do with $74 million less than in fiscal year 2014.

Civil Funds Shorted Again, GPS III Development Budget Increased
Unfortunately, appropriators for the Federal Aviation Administration (FAA) did slash civil GPS funding again. The House zeroed out the $27-million request altogether while the Senate cut it to just $10 million. The civil GPS budget has been cut year after year and the FAA is now more than $50 million behind in fulfilling its commitment to contribute $235 million to the GPS program to cover civil programs.

While the Department of Defense (DoD) largely has been able to absorb the cuts, the mounting shortfall has reached a point where DoD may now delay elements of the new ground system. If left unchanged, the cuts could also hurt the National Coordination Office (NCO) for Space-Based Positioning, Navigation, and Timing (PNT), which depends on the civil money to help fund its operations.

The development budget for the GPS III program actually got a boost, with both houses agreeing to an allocation of $212.57 million — the full amount requested and a boost over last year’s final budget of $201.28 million. Lawmakers also, however, directed the Air Force to spend at least $20 million of that money on maturing an alternate digital payload technology.

The current GPS III navigation payload uses analog technology, which can have problems with internal interference. Such problems have delayed the program substantially and angered GPS program managers who launched a search for an alternative this spring.

Shifting to an all-digital payload should not only address the interference problems but could make the payload easier to manufacture, saving the Air Force money. There are other advantages as well, but the cutting-edge technology needs to be developed further and Congress expects the funds for that to come out of the existing development budget.

The GPS III procurement managers got happier news. They not only got the full request of $292.4 million, lawmakers voted to add funding to restore the acquisition rate to two satellites per year. The Pentagon had announced early this year that they were slowing acquisition of the GPS III satellites in the face of budget pressures — a move likely to increase the cost of the satellites.

“We’ll pay a unit price that’s a little higher, but just like when you buy your car on payments, you pay more for the car but you have cash flow management,” Maj. Gen. Robert McMurry, director for Air Force space acquisition told reporters during a briefing on the military space budget.

Lawmakers, however wanted to “maintain efficiencies and prevent overall life-cycle cost increases in the GPS III program,” according to GPS.gov, the official U.S. government information for the Global Positioning System; so, the House  Appropriations Committee  put $30 million back into the pot. The Senate Appropriations Committee agreed and also added $30 million, although they shaved a bit off elsewhere for a total plus-up of just $23.4 million.

The difference will need to be hammered out by the conference committee; however, given that House and Senate lawmakers agreed on the need for an increase, the only real question is how big that increase will be. Whatever the final number, it is unlikely the program will get the generous $450.6 million it got in FY14.

MGUE Program Fully Funded
The Military GPS User Equipment (MGUE) program also got the full $156.66 million requested, a plus-up over the $127.23 million approved in FY14, which will go in part to speeding implementation of the M-code signal in user platforms across the services.

The House Appropriations Committee endorsed the effort in the report accompanying its appropriations bill, saying it “supports the Air Force strategy of implementing a proactive, collaborative MGUE platform integration activity to mitigate risk, and encourages the Service Secretaries to procure MGUE receivers in fiscal year 2016.”

The GPS IIF program may take a slight cut to its request, although the final amount is likely to be pretty close to the $56 million approved for FY14. The House approved a cut of $2.09 from the $52.09 million request. The Senate Appropriations Committee left the request intact.

Part of what made the boost to GPS III possible was the enactment of the Bipartisan Budget Act of 2013 just after Christmas. The law eased the spending cuts, including those that were to be made to the Defense Department, but extended sequestration two more years into 2022 and 2023.

FY16 will see the return of sequestration unless Congress and the White House agree on a compromise. A deal seems unlikely given the current atmosphere in nation’s capital.

Fortunately, the sequestration rules will no longer require the across-the-board cuts that roiled programs during the two years of the budget crunch. According to the Center on Budget and Policy Priorities, the appropriations committees will be given budget caps that reflect the $54.7 billion in annual defense budget cuts mandated under sequestration. They, and then Congress and the agencies, will decide how to implement the cuts — an approach that allows a great deal more discretion.