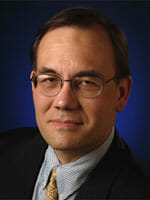 Leading navigation experts are worried an upcoming workshop on GPS receivers being organized by the Federal Communications Commission (FCC) is an attempt to initiate design mandates for user equipment that could potentially undermine the GNSS community.

“There is currently planned an FCC workshop that is going to, among other things, address certification and standards for receivers,” said Brad Parkinson, the acting chair of the National Space-Based Positioning, Navigation, and Timing (PNT) Advisory Board and a former chief of the NAVSTAR GPS Joint Program Office.

Leading navigation experts are worried an upcoming workshop on GPS receivers being organized by the Federal Communications Commission (FCC) is an attempt to initiate design mandates for user equipment that could potentially undermine the GNSS community.

“There is currently planned an FCC workshop that is going to, among other things, address certification and standards for receivers,” said Brad Parkinson, the acting chair of the National Space-Based Positioning, Navigation, and Timing (PNT) Advisory Board and a former chief of the NAVSTAR GPS Joint Program Office.

“I am aware that a number of manufacturers are quite panicked over this because of the possibility of some superposition of, in essence, how you design a receiver for GPS,” Parkinson added in comments at the advisory board’s meeting on Wednesday (June 4, 2014).

The “Workshop on GPS Protection and Receiver Performance” set for June 20 at FCC headquarters in Washington, D.C., will consider GNSS receiver performance capabilities in the presence of neighboring transmitters and “a comprehensive path forward to protect GPS operations from harmful interference, potentially including an industry-driven GPS device certification program and transition plan.”

The agency posted a notice of the GPS receiver workshop on June 2, less than three weeks before the event.

LightSquared Fallout?
The agency, which regulates the nongovernmental uses of radio frequencies, has raised the idea of receiver standards in the past, largely as a mechanism to squeeze more users into overcrowded radio spectrum. The FCC’s initial efforts regarding GPS receiver standards were revved up shortly after the agency was forced to withdraw its controversial conditional approval of a broadband network proposed by Virginia-based LightSquared.

Tests ordered by the agency after concerns from the GNSS industry over the likelihood of interference eventually proved that the LightSquared network would overload the RF frontends of a vast range of GPS receiver types. The FCC-mandated the tests well after it had agreed to LightSquared’s requests for a more powerful terrestrial transmission network in confidential discussions with the firm and then attempted to move the proposal forward on what appeared to be an unusually tight schedule — damaging in the process its relationship with the GPS community.

The June meeting appears unlikely to narrow the rift.

“I was a little bit concerned with when I looked at the agenda for this workshop because NASA builds receivers for our specific mission requirements,” said Advisory Board Executive Director Jim Miller, who works for NASA, the board’s government sponsor. “FAA defines the criteria where the manufacturers build receivers for aviation-specific applications. And so I’m a little bit concerned that FCC would take it upon themselves to begin to dictate how receivers are built in the future when really, up to now, they have managed spectrum allocation and transmission.”

It remains unclear, however, that the FCC even has the power to impose standards, said GPS policy expert Scott Pace, director of the Space Policy Institute at the Elliott School of International Affairs at George Washington University.

Shifting the Burden of Proof
Pace said the push for receiver standards is part of a larger effort to shift the responsibility for demonstrating non-interference to other RF systems from those transmitting to those receiving the signals in order to accommodate the demand for other communications in the band.

Certifications that will constrain innovation and standards that will shift interference burdens to receivers are not being considered in order to benefit GPS users or the community, said Pace. These changes are being weighed “in order to make room for other services, including mobile [communications].”

The statement of work at the FCC workshop alludes very heavily to economic benefit, said Parkinson, something that has long been difficult for the GPS industry to quantify — in part because GPS use is not easily tracked and in part because the fragmented GPS community does not have the resources for extensive research The Department of Commerce is only now planning to study the economic impact of embedding GPS into consumer devices.

Parkinson told the June 4 meeting of the board that he hopes GPS manufacturers will make their presence known at the meeting and in the debate over the issue.

“The concern is always that we start putting on constraints and then somehow damage ourselves,” Parkinson told the group. “For example, export controls — I think the greatest thing we did for the rubidium clock industry in Europe was not allowing them to buy any of ours. So, they had to go out and do their own. There are some elements of that in the constraints that one might put on a receiver in order to meet some brand-new bureaucratic idea of what ought to be. I hope manufacturers get involved, get heavily involved, and express their opinion.”

This is “something that could vastly affect the whole substance of what we are if carried to the point that someone dictates how you design a receiver,” he said. “I think that’s kind of dangerous.”