Fate of OCX Program May Be Decided within a Few Months - Inside GNSS - Global Navigation Satellite Systems Engineering, Policy, and Design 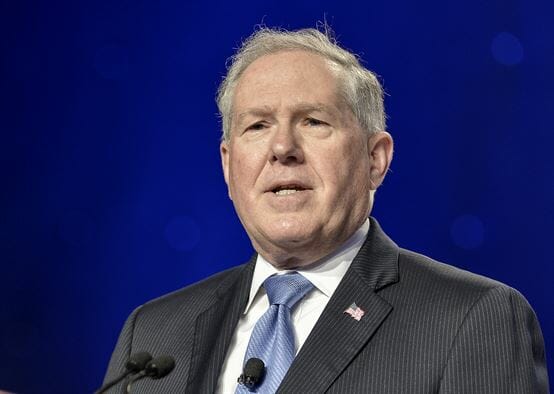 A decision on cancelling at least some of the modernized GPS ground control system contract could be made within a matter of months and certainly before President Obama leaves office, the Pentagon’s senior acquisition official said today (February 23, 2016).

A decision on cancelling at least some of the modernized GPS ground control system contract could be made within a matter of months and certainly before President Obama leaves office, the Pentagon’s senior acquisition official said today (February 23, 2016).

Frank Kendall, the under secretary of defense for acquisition, technology, and logistics told a Washington Space Business Roundtable audience that the Obama administration intended to finalize decisions on several military space programs including the Space Based Infrared System (SBIRS) and the Advanced Extremely High Frequency (AEHF) before leaving office.

He said that OCX, that is the Next Generation Operational Control System for the GPS constellation, was on that list.

"That’s a ‘this administration’ [decision] definitely," he told reporters after the luncheon event.

The OCX program has been under scrutiny and will be undergoing a “Deep Dive" review — now scheduled for March 8 — before Kendall in Aurora, Colorado, at a facility of OCX prime contractor Raytheon.

Noting past issues with the program, Kendall said that what he was looking for from the review was "pretty simple."

The prospect of fully cancelling the contract has been floated previously, a possibility underscored at an event just a few days earlier.

Lt. Gen. Sam Greaves, commander of the Air Force’s Space and Missile Systems Center, told a Mitchell Institute breakfast February 19 that, although the Air Force was committed to working with Raytheon, it was nonetheless keeping its options open with what he called “off-ramps."

“It ranges all the way from staying the course, accepting the schedule delays while they show progress, to cutting the cord,” he said, according to a Space News report.

Ripple Effects
Nonetheless, the decision has not been made, and the Department of Defense (DoD) is planning for the future of the program. The Air Force allocated $393.3 million of its 2017 budget request to OCX (of which some $61.1 million goes to the GPS Enterprise Integrator).

Block 1 is required to incorporate the GPS III satellites into the constellation. Block 2 will enable the fully modernized M-code signal and will support, monitor, and control additional navigation signals. Block 1 is not expected to be ready before 2021 and a source familiar with the program, who spoke on condition of anonymity, said that could slide to 2023.

A good deal of the fiscal year 2017 (FY17) money to support OCX is coming from the GPS III satellite development program, according to the Pentagon’s Chief Financial Officer Mike McCord.

The Air Force will "re-phase the GPS III space vehicle procurement profile," he wrote, pushing procurement of space vehicle 11 (SV 11), the first of the spacecraft that might be included in a potential GPS III contract recompete, from FY17 to FY18.

Interestingly, the months-long schedule outlined by Kendall suggests that a decision about the OCX program could be made well before the end of FY16, which arrives on September 30.

The FY17 budget numbers are just placeholders, however, and may change once the March Deep Dive is complete.

"We didn’t have a firm service cost position at the time that we submitted that budget," said Maj. Gen. Roger Teague, the director of Space Programs within the Office of the Assistant Secretary for Acquisition, "but we knew that there would be an upper, and so we went ahead and added that to the ’17 budget with plans to readjust that based on what the final service cost position would turn out to be, and as it was refined and, ultimately, approved."

Raytheon is prepared to make the program work, the company said.

"Raytheon is fully committed to delivering without comprise the modernized GPS OCX capability and meet all program requirements as specified by the Air Force," the company told Inside GNSS in an emailed statement. "We are squarely focused on solid execution of this critical development program."