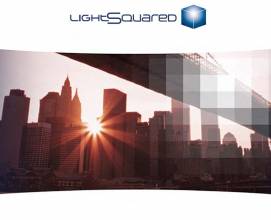 The prospects for LightSquared dimmed this month with both the Federal Communications Commission (FCC) and Congress making decisions likely to hamper the firm’s plans to exit bankruptcy.

The prospects for LightSquared dimmed this month with both the Federal Communications Commission (FCC) and Congress making decisions likely to hamper the firm’s plans to exit bankruptcy.

LightSquared, a Virginia firm that planned to build a nationwide wireless broadband network until its signals were shown to interfere with GPS receivers, has proposed a bankruptcy plan with financing that depends on FCC approval. To meet the financing conditions of the plan, the commission must take half a dozen actions, including approving the use of certain segments of spectrum and permitting signal power limits comparable to other 4th Generation LTE wireless communications networks.

On January 17 the new chairman of the FCC, Tom Wheeler, filed a statement with the United States Bankruptcy Court for the Southern District of New York saying the FCC could not assure it could meet the conditions by the plan’s deadline.

“The FCC is not in a position to confirm whether it will be able to complete the work required to act on each of the conditions specified in the FCC exit condition before December 31, 2014,” Wheeler wrote.

Among the reasons Wheeler gave is that the FCC was not the sole decision-maker. The issues, he said, “need to be resolved with the federal stakeholders” in cooperation with the National Telecommunications and Information Administration (NTIA). The FCC must also go through a notice and comment rulemaking process to “allocate, develop service rules for and assign the spectrum” — a potentially lengthy endeavor.

Congress Piles On
The same day Wheeler submitted his letter the president signed into law Congress’s omnibus spending bill, assuring that the government would not shut down. The bill, which is formally called the Consolidated Appropriations Act, 2014, includes a provision that forbids the FCC from using any of its fiscal year 2014 funds to remove the conditions imposed on LightSquared in its January 26, 2011 authorization “until the Commission has resolved concerns of potential widespread harmful interference by such commercial terrestrial operations to commercially available Global Positioning System devices.”

It is not unusual for members of Congress to slip provisions into must-pass bills like the omnibus appropriation, especially when little else is making it to the president’s desk. It is interesting to note, however, that Heather McNatt Hennessey, the lobbyist for the GPS Innovation Alliance — a group formed last year in response to LightSquared’s effort to recast its satellite-to-ground spectrum for terrestrial use — used to work for a current member of the House Appropriations Committee. The Alliance declined a request for comment regarding LightSquared.

The language in the omnibus bill delays any action for months and means “there really is no chance of anything happening until October,” said Tim Farrar, a mobile satellite industry expert with TMF Associates.

Even without the letter, though, the FCC was unlikely to act on LightSquared until this
fall for other reasons, suggested Farrar.  The FCC needs the cooperation of the Department of Defense (DoD) for a spectrum auction now planned for September, he said. The spectrum being sold had been used by the Department of Defense and it “was a big win for the FCC, and a big concession from DoD” to reallocate it for other uses. “So, the FCC doesn’t . . . want to upset things with the DoD — spoil its relationship,” said Farrar, by bringing up another hot-button issue like LightSquared.

Running Out of Time
That doesn’t mean, however that the bankruptcy judge is going to wait.

“The FCC intervention really makes it a lot more difficult for the judge to agree that LightSquared’s own plan is feasible,” said Farrar. “Exactly where we go from here is pretty unclear, ” he said.

The maneuvering around LightSquared and its main asset, its L-band spectrum, has been intense.
The DISH Network, a satellite broadcasting company, made a bid for LightSquared last year and then withdrew its proposal in January. Some LightSquared debt holders contested the move, hoping to force completion of the deal. In a separate action, DISH’s owner, Charlie Ergen, personally purchased $700 million of LightSquared’s debt through another company called the L-Bank Acquisition Co., a maneuver that was also contested.

Assuming the ruling allowing DISH to withdraw is offer confirmed, said Farrar, “we’re left in a situation where there isn’t necessarily any feasible plan available for the company to be approved. So, the judge may say ‘Right. Go back and auction the company — and auction the assets to whoever is prepared to bid without any FCC contingency. Come back to me with a deal that is not dependent on all these FCC approvals because I’m not prepared to wait around indefinitely for the FCC to make a decision.’”

“If that’s the case,” said Farrar, “the debt holders would probably bid . . . and Charlie Ergen might bid” as well to protect his $700 million investment.” It would be very difficult,” he suggested, for LightSquared’s primary investor, Harbinger, to make a comparable offer. LightSquared did not respond to a request to comment on the developments for this article.

The court might decide to wait for the FCC to work things out, said Farrar, though he thinks it more likely that the judge will move to find some sort of resolution “because she doesn’t want to sit around for the next year, trying to get to the end of this.”

More than potential judicial impatience is fueling desires to resolve the matter. The political pressure to find bandwidth to support job-producing businesses continues to be significant.

“I would suggest,” O’Rielly told the audience at the Hudson Institute in a January 27 speech, “that the [LightSquared] spectrum, one way or the other, should be used and hopefully we’ll get to that place where it is used for the benefit of consumers.”