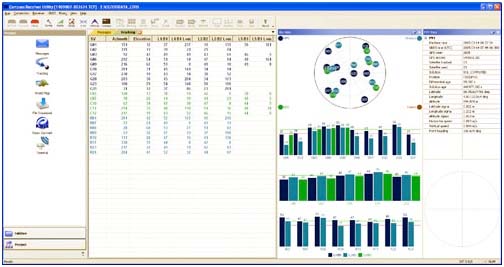 As for non-commercial CORS operations, as Richard Langley, a professor in the Department of Geodesy and Geomatics Engineering at the University of New Brunswick, points out, some International GNSS Service (IGS) Multi-GNSS Experiment (MGEX) stations in Europe  have been continuously tracking BeiDou for some time now, including the B3 signal.

Currently BDS provides full coverage of the Asia Pacific region and is on its way to creating a fully global network. However, up to six BeiDou satellites can already be tracked in Europe for a portion of each day.