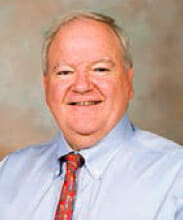 Few domestic issues have evoked such excitement — and controversy — in recent years as a 2012 congressional mandate to the Federal Aviation Administration (FAA) to expand civil use of unmanned aerial systems in the National Airspace System (NAS).

Few domestic issues have evoked such excitement — and controversy — in recent years as a 2012 congressional mandate to the Federal Aviation Administration (FAA) to expand civil use of unmanned aerial systems in the National Airspace System (NAS).

On the one hand, the potential business and job creation prospects are substantial. The Association for Unmanned Vehicle Systems International (AUVSI) recently released a report that predicted an $81-billion U.S. market for UAS would emerge within 10 years after the FAA had established guidelines for domestic UAS operations. (See the news article in this issue.)

On the other hand, the UAS mandate has fueled widespread concerns about related safety and privacy issues. A technology mostly associated with Department of Defense (DoD) and CIA operations against enemy combatants and terrorists has stoked this anxiety. About 30 states have already introduced legislation on the subject of UAS operations. (See this issue’s Washington View column.)

To help us try and generate more light and less heat on the subject, we went to Charles W. “Chuck” Johnson, the National Aeronautics and Space Administration (NASA) project manager for the Unmanned Aircraft System (UAS) in the NAS Project, a $160-million initiative designed to conduct technology development to reduce technical barriers related to the safety and operational challenges associated with enabling routine UAS access to the NAS. A former FAA air traffic controller and supervisor, and later requirements manager for 16 FAA programs, Johnson has worked at NASA since 1999. Before he took on the UAS in the NAS role in 2010, he served as deputy director of the Dryden Aircraft Operations Facility, where numerous NASA science aircraft are housed.

IGM: What is the basic timeline in which we can expect practical applications to take advantage of FAA’s mandate to expand civil use of UAS in the national air space?

JOHNSON: The mandate to expand civil UAS access is being taken very seriously by the entire UAS Community (especially the FAA). Since it is not feasible to safely integrate all classes of unmanned aircraft to all classes of airspace by 2015, the FAA is laying out an aggressive, but incremental path for access.

Early implementation efforts include the development of a “rule” to allow small UAS to fly at low altitudes as long as they are within the visual line-of-sight of the remote pilot. Early implementation efforts also include routine access in Class A airspace (18,000 feet to 60,000 feet) for larger unmanned systems like the Global Hawk. These systems will need to be equipped with transponders and communicating with FAA air traffic controllers (just like manned aircraft). These mitigators will be used as part of an overall assessment to ensure that there will be no degradation to the safety in the NAS.

Efforts are also being conducted with FAA, DoD, NASA, and industry to validate standards for command and non-payload control communications and detect and avoid systems which should allow safe and routine access for UAS operated out of airports in Class D airspace to access Class A airspace by 2016 or 2017. In order to ensure that the safety of the National Airspace is not degraded, we will undertake several series of integrated testing. This integrated testing will produce a body of evidence that will verify and validate the requirements for the necessary equipage to mitigate any safety risks.

Finally, leveraging all of the work to that point, policies, procedures, equipage, and infrastructure requirements will be developed and validated for all UAS to access all classes of airspace based on the specific performance and missions of the UAS and operator. I anticipate that full access can be safely achieved by 2020.

JOHNSON: This is a great question that brings out many of the challenging aspects of safe UAS integration. Whether one thinks of “see and avoid,” “Sense and Avoid (SAA),” or “Detect and Avoid (DAA),” designers will need to build equipage which meets the system and performance characteristics specific to certification for that system.

DAA systems (which is the term that RTCA is using in the standards process) for UAS will be the primary mitigator for the safety characteristics of having a pilot in the cockpit. Remote pilots or fully automated UAS will need something which ensures that the UAS can detect other aircraft in their vicinity, remain well clear of those aircraft, and ultimately avoid collision with all aircraft.

UAS have dramatically different performance characteristics based on both size and mission requirements. As such, a TCAS-like system needs to be developed that not only provides the safety factor of a pilot’s visual scan, but also incorporates UAS performance models to ensure that the UAS will remain far enough away from other aircraft to avoid collision or unnecessary maneuvers.

ADS equipage is also an excellent mitigator for safety through awareness of position and ultimately intent of all aircraft in the system. However, ADS equipage alone does not sufficiently mitigate the risks of operating a UAS in the NAS. This would be true even if the FAA mandated equipage on all aircraft.

If ADS equipage was the sole source of separation assurance, then any malfunction would eliminate the safety mitigators of not having the pilot’s scan to avoid collisions. The UAS would be flying blind. If the ADS equipage was combined with a DAA sensor and algorithm, then the combination of mitigators would likely be appropriate for UAS operation in the NAS.

IGM: To what uses, if any, does NASA hope to put UAS for the Agency’s own projects/programs? What are NASA’s current or historical uses for UAS?

JOHNSON: NASA has been conducting high-risk research on unmanned and remotely piloted aircraft for over 40 years. We have used UAS to research the implications of remote pilots on aircraft maneuverability, stall affects on high performance aircraft, and the impact of fuel additives on fires during aircraft crashes. We have also used unmanned aircraft to test aerodynamic characteristics and performance of hypersonic aircraft.

NASA currently owns and operates approximately 100 UAS in varying sizes between Global Hawk and small handheld aircraft. Over the past decade, NASA has used UAS extensively to conduct science missions, including tracking fires and hurricanes and collecting data on volcanic plumes. We are planning on using UAS for data collection on global climate changes, both above ground and under the ocean surface.

IGM: How can UAS system developers, who are often competitors to one another, work together to increase their ability to fly UAVs in the national air space?

JOHNSON: It is not uncommon in history to find competitors willing to work together in order to expand market size. In the case of UAS, there only exists a very small market — primarily providing technology to the DoD — for U.S. manufacturers. In order to expand access for UAS to global markets, industry has a vested interest in working together to accelerate technology development.

The key is standards development. Standards organizations like RTCA, ASTM, and SAE have been successful in getting industry to collaborate on community based standards. Once standards are developed and approved by the FAA, manufacturers have a level playing field to develop equipage using their own intellectual property to meet the approved standards.