Brexit and Galileo - Plenty of Rumblings But Where's the Beef? 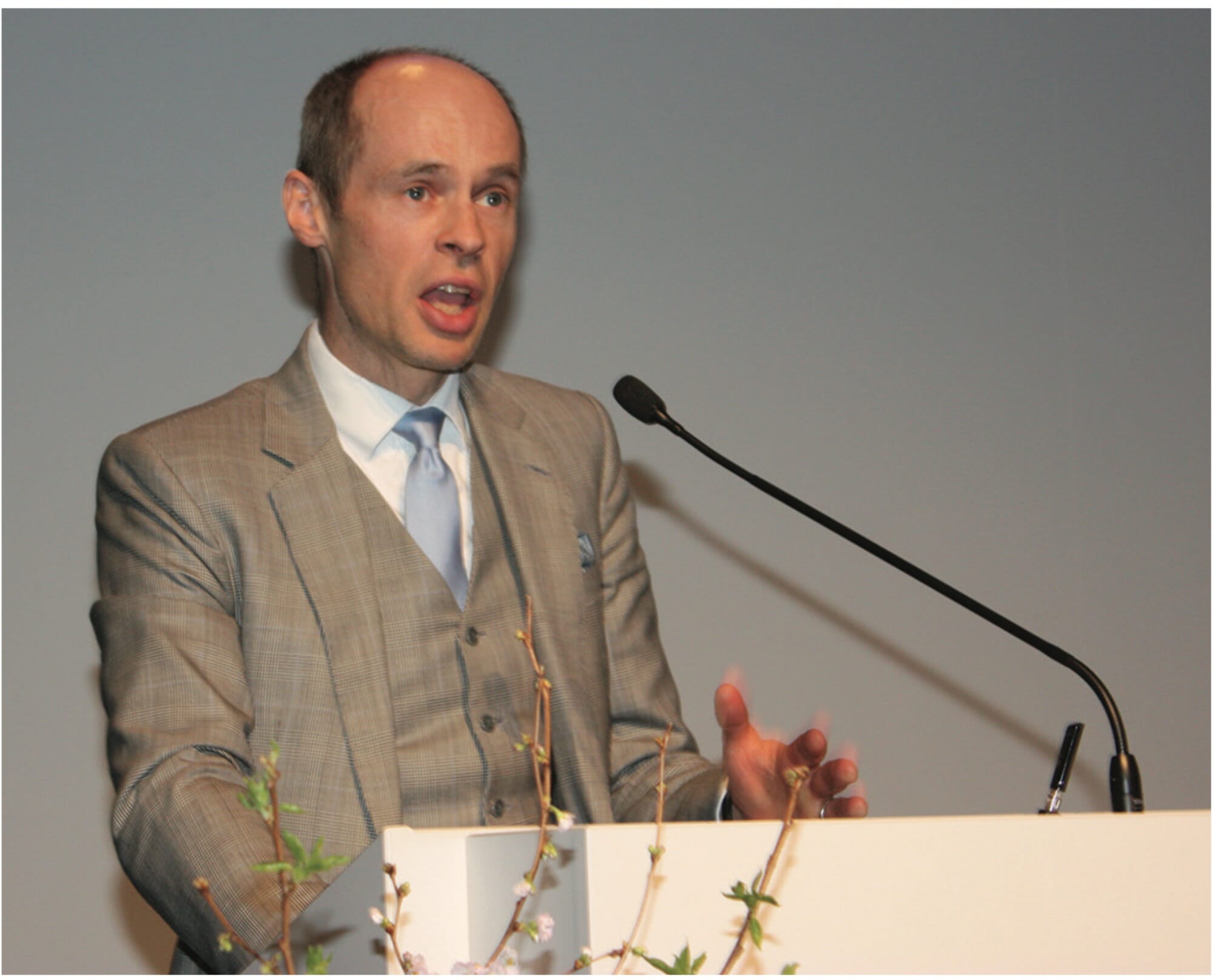 The UK seems well and truly on the path to leaving the European Union. The implications for the Galileo program are still unclear, and won’t be known until Brexit negotiations are completed, at the earliest.

If we are to believe what we read, members of the European satellite navigation community should be quaking in their boots, as Galileo appears to have become a pawn in the wider EU-UK Brexit dispute, with various sources reporting “fighting words” coming from either camp.
Here are just a few of the troubling tidbits we’ve seen reported in various media in just the past few weeks:

And on and on, the back-and-forth, the tit-for-tat, predictions of disaster, foreshadowing of doom.

Certainly there are real issues to be resolved. Indeed there are many, many serious issues that go way beyond space or security concerns to be resolved through the Brexit negotiations. But it might be wise to take some of the evil portents – especially those springing  from “unnamed sources” – with a grain of salt.

Brexit itself, as we all know, has been and remains a highly divisive and politicized issue, in Britain, across Europe and even in the United States, where pro- and anti-Brexit modes of thinking seem to have aligned themselves on opposing sides of America’s own political divide, with all the attendant vehemence, deception and bluster.

Is anyone interested in what’s actually happening? Is anyone speaking about Brexit calmly and rationally, without some burning agenda eating away at their insides?

And what does this have to do with the real Galileo we all know and love, owned and operated by the European Commission (EC), that sprawling and unmovable behemoth of an institution that seems forever to sit just beyond the reach of momentary political hot air?

Yada, Yada, Brexit, Yada
The word Brexit does come up at European space policy-related events, often pronounced in a derisory tone and invariably managing to elicit assorted smirks, grunts and giggles. After all, it’s the EU. However, there tends to be little real content in these references, which instead tend towards broader moral remarks about things like building bridges not walls. 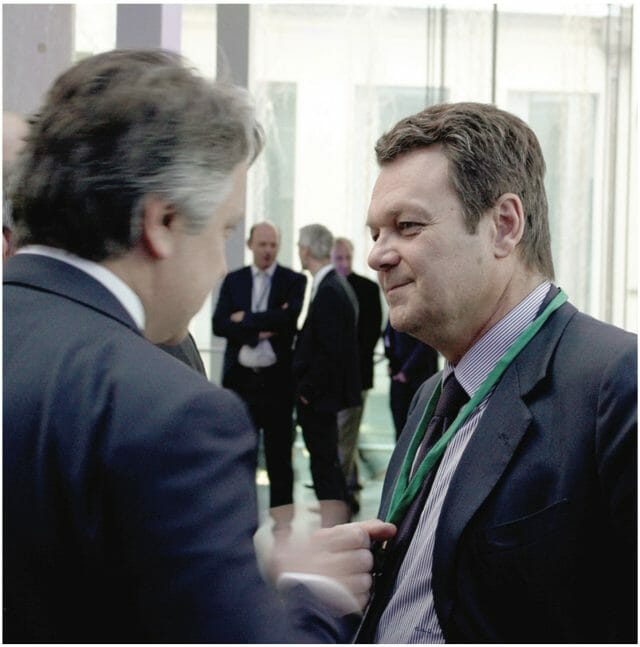 ESA Director Jan Woerner (who does not work for the EU) has said on more than one occasion that he does not like Brexit, point blank, although he does not typically elaborate on exactly why. As for the role of the UK in space, on the other hand, he has been very clear. Speaking to reporters earlier this year in Paris, for example, he said, “The UK is part of ESA. ESA is not part of the EU. There is no change in UK participation in ESA as a result of Brexit.”

He even suggested, though not in so many words, that Brexit could hold at least one benefit for ESA, the UK having announced its intention to increase its contribution to ESA after the UK-EU split.

European GNSS Agency (GSA) head Carlo des Dorides has generally downplayed the impact of Brexit, admitting publicly on at least one occasion that the EU space budget could possibly be impacted negatively, but neither that in itself nor anything else, he assures, is going to stop Galileo’s inexorable rise.

The real business of Brexit is being carried out at higher levels, all seem to understand and accept, and there is very little the “foot soldiers” can or should do about it.

When he stood in front of the foot soldiers gathered at the Munich Satellite Navigation Summit earlier this year, Graham Turnock, head of the UK Space Agency, sought to calm any sense of confrontation.

Talking on the subject of cooperation in satellite navigation, Turnock started by reminding, “From the UK perspective, ESA and the European Union have been fundamental driving forces of cooperation both in Europe and across the world, in space programs critical to our future as an economically sustainable planet, and the UK as a member of both of these bodies has played a central role.”

The United Kingdom places a high value on European space programs like Galileo, he said, and that’s why the British prime minister has said the UK wants to continue to participate in these programs after it ceases to be a member of the EU.

“Some question whether the UK is a reliable partner in the future of the EU space programs,” Turnock said, “but the UK’s commitment to European space should not be underestimated. And the pragmatic thinking that the UK is known for is one contribution that we could make to the future shape and services of Galileo.” So true.

“Whilst the UK has chosen to leave the EU as an institution, we wish to remain committed to building international partnerships in space in Europe,” he concluded.

Among the European technical community, the real boots on the ground, political ins and outs are generally among the least of concerns (aside from what it might mean to their budgets).

Yes, There is Possibly a Real Issue Here
Another tidbit: Theresa May, we are led to understand, will have urged repeatedly that the UK and EU should maintain a strong relationship in the area of security, which would entail, among many other things, UK access to the Galileo Public Regulated Service (PRS).

The one-day-to-be-launched PRS is of course the popular and well-loved encrypted and secure Galileo service, reserved for government and military users only, preferably of the EU kind. When Britain leaves the Union, it will no longer be of that kind.

But we know that a number of non-EU “third parties” have already negotiated exceptional access to the PRS, so it would seem little more than pot stirring to suggest that the UK, obviously a future EU ally, would for some reason be denied access.

Some of our own unnamed sources within the Galileo community – don’t forget the grain of salt – seem relatively unconcerned about the confrontational language and other brouhaha flying about in the political ranks (and in the media and on university campuses). “Bored” might be a more accurate description.

One voice very close to the Galileo program told us, “Personally, I think the big fuss about Brexit and PRS is just that – a big fuss; we hope and struggle to have Galileo PRS adopted by NATO and then we raise problems about UK and Brexit? Nonsense!”

Another snag: companies from non-EU states are not supposed to be allowed to help develop EU security-sensitive systems, so British companies won’t be able to bid on lucrative contracts to complete and expand the PRS. Score one against Brexit here.

Meanwhile, certain Brussels insiders have suggested that there is a concrete willingness to make exceptions that would keep a post-Brexit UK in the Galileo fold, at least for a time and to the extent that doing so will benefit the Galileo system.

Consider this example: sometime around  2009, when Brexit was still just a gleam in Nigel Farage’s eye, the EU determined that all Galileo system sites had necessarily to be located on EU ground. Currently, two operational Galileo sensor stations are located on UK territories, in the Falklands and at Ascension Island. Therefore, according to the rule, and accepting that the UK will in fact leave the Union, these two remote sites should be detached from the Galileo network, probably by March 2019. (The formerly UK-based Galileo Security Management Center [GSMC-2] has already been moved to Spain.) 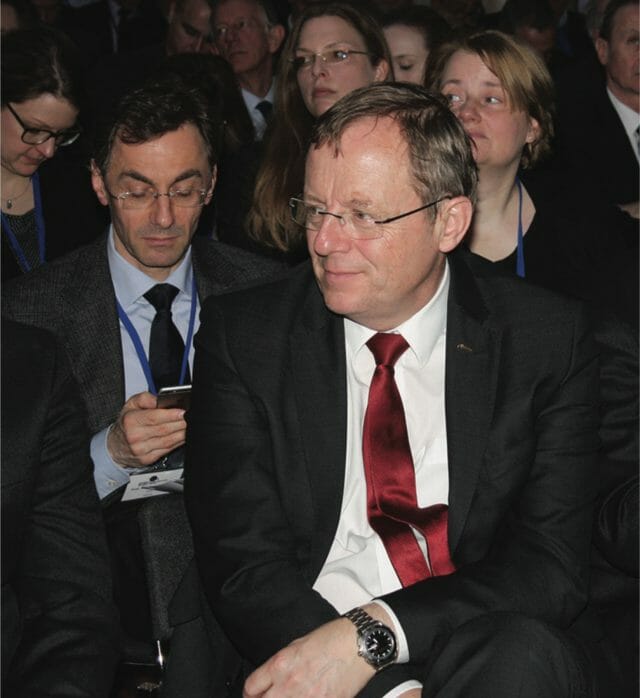 However, this would have an immediate and non-negligible effect on the redundancy and hence the availability of the Galileo ground segment, at a time when Galileo “enhanced services” are expected soon to be announced.

We now understand that these sites are not likely to be decommissioned as prescribed by rule, by March 2019. Does this mean the “Europe only” rule is to be changed? Or will this be a special exception? It might be only a temporary exception; the sites may still be decommissioned at a later date. (Under the direction of the Commission and the GSA, we understand, ESA has started the procurement of a new remote site at Wallis Island, a French territory.)

Again, there seems to be a willingness, if slight, to bend the rules, allowing a post-Brexit UK to stay onboard, at least for a time and on pragmatic grounds. What other pragmatic measures might possibly be accepted, once the Brexit dust settles?

And Never the Twain Shall Meet
On one level, all the political elbowing going on between British and EU negotiators  seems far away from the actual life and functioning of the Galileo program, including the contribution that continues to be made by the UK.

One premise underlying much of the current reporting about Brexit seems to be that there is a kind of vindictiveness driving the whole affair. Someone is trying to “get” someone, to “undo” someone, to stick a knife in and twist. In the highly charged political environment in which we live today, that approach certainly sells. We love having bad guys to hate and good guys whose own faults we can ignore. We are all, it would seem, fighting mad.

What remains to be seen, once the power wielders are done, when the hands are shaken and the pictures taken, when the big-wigs leave the stage and Galileo is back in the hands of real people, is whether the UK’s role remains workable or whether the relationship has been permanently sullied by those who saw it only as a means of scoring points.

The final Brexit resolution will obviously entail impacts in terms of the UK’s disposition vis-a-vis EU space programs, but until then the European Commission’s official response, whenever the question is asked, is probably still the most accurate: “EU law, including all texts related to the Galileo Program, continues to apply in full to the UK and in the UK until it is no longer a member of the EU. Until then, the UK remains a member of the EU with all rights and obligations of a Member State.” – from the EC Spokesperson’s Service.

Whatever happens, the end result will surely be a Galileo that continues to live and develop and a UK that continues, to some extent, to contribute and benefit.

Sorry if this sounds like party pooping, but shouldn’t it always be everyone’s first and best reflex to step back, take a deep breath, think positive thoughts, chill out and give peace a chance? It looks well and truly as if Britain is going to leave the EU. The final disposition is still well and truly unknown. Through it all, it will surely be in everyone’s interest, not least Galileo’s, if we can all just get along.

[Editor’s Note: This Brussels View column was published in the July-August 2018 issue of Inside GNSS.]