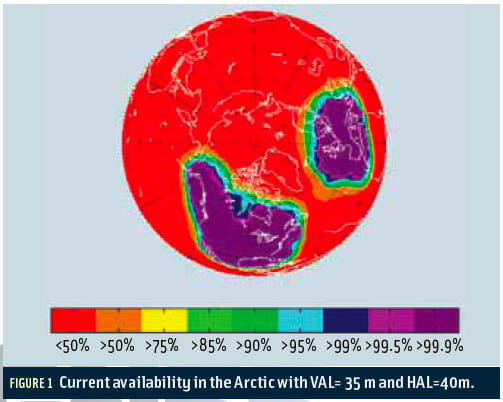 FIGURE 1: Current availability in the Arctic with VAL=35 m and HAL=40m.

The Arctic houses an estimated 90 billion barrels of undiscovered, technically recoverable oil and 44 billion barrels of natural gas liquids according to the U.S. Geological Survey. These potential energy reserves represent 13 percent of the untapped oil in the world.

The Arctic houses an estimated 90 billion barrels of undiscovered, technically recoverable oil and 44 billion barrels of natural gas liquids according to the U.S. Geological Survey. These potential energy reserves represent 13 percent of the untapped oil in the world.

Russia, Canada, and the United States plan to explore the Arctic for extensive drilling soon. At the same time, the Arctic is becoming more accessible to normal shipping because of global climate change. New summer sea lanes have already opened up, and projections of sea ice loss suggest that the Arctic Ocean will likely be free of summer sea ice sometime between 2060 and 2080.

The combination of undiscovered oil and climate change are driving a dramatic increase in the demand for navigation in the Arctic. In this article, we examine different approaches to improve accuracy and enable integrity in the Arctic, including the addition of more satellite-based augmentation system (SBAS) reference stations in or near the Arctic, integration of Iridium satellites with GNSS, and use of multi-constellation GNSS.

More SBAS Reference Stations
The Arctic is a sensitive environment, and thus navigation should have high integrity. For this reason, we are interested in extending SBAS coverage to serve this region.

Figure 1 is based on two of the currently operating SBASes: the U.S. Wide Area Augmentation System (WAAS) and the European Geostationary Navigation Overlay Service (EGNOS).

For the purposes of our analysis, we assume that all these references stations provide the same measurement quality as current WAAS reference stations. We also assume the availability of continuous user connectivity, that is, the user is always able to receive the SBAS corrections.

Although SBAS GEO coverage is limited in the Arctic, other ways exist with which to maintain the connectivity, such as using low earth orbit (LEO) satellites. We will address this topic in more detail in the next section.

Iridium for SBAS Messages
The second requirement for ensuring integrity in the Arctic is continuous connectivity — in other words, how the SBAS messages are delivered seamlessly to users. Currently, WAAS uses geosynchronous orbit (GEO) satellites to broadcast error corrections. Because the GEO satellites are located directly above the Earth’s equator, WAAS GEO coverage does not include the Arctic.

The over-the-pole design of Iridium orbits ensures very good high-elevation satellite visibility in the Arctic. Because Iridium satellites already provide voice and data services to satellite phones and integrated transceivers around the globe, Iridium is a strong candidate for enabling SBAS linkage to Arctic users.

Multiple Constellations for High Availability of Integrity
A third issue, although not as critical as the first two, is the VDOP degradation encountered in the Arctic. Because GPS satellites are in an orbital plane of 55 degree inclination, not enough satellites are visible at high elevation angles for users in the Arctic. For this reason, VDOPs in the Arctic are worse (i.e., higher) than those close to the equator.

If using only two constellations, adding GLONASS to GPS is the most beneficial combination. GLONASS satellites orbit at 19,100 kilometers (11,842 miles) altitude with a 64.8-degree inclination. Compared to the 55-degree inclination of the GPS orbital planes, the GLONASS constellation produces better coverage in high latitudes. The VDOP improvement in the Arctic is more dramatic using three or even all four constellations.

Conclusion
This article identified a need for high-integrity navigation in the Arctic and analyzed techniques to extend SBAS coverage to this important region. We show that the current network of reference stations can be augmented to provide Arctic integrity with high availability. Moreover, Iridium satellites could provide a broadcast channel to the SBAS users. Multiple GNSS constellations significantly improve VDOPs and thus reduce vertical positioning errors in the Arctic.

Acknowledgment
The authors would like to thank the Federal Aviation Administration’s Satellite Navigation Program Office and the Boeing Company for supporting this research.