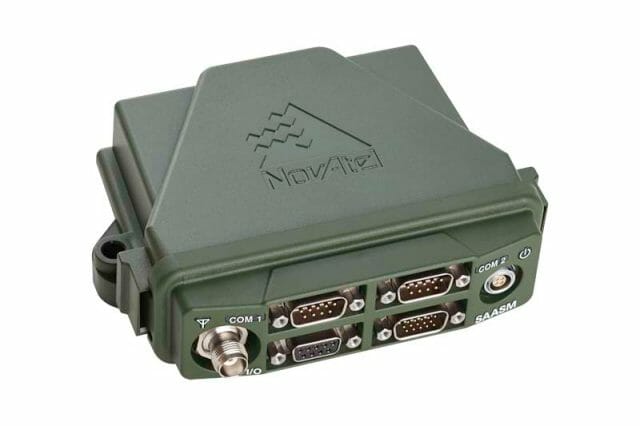 More than 600 exhibitors brought their products to the event. These are just a few of the innovations that were on display.

More than 600 exhibitors brought their products to the event. These are just a few of the innovations that were on display.

Lockheed Martin’s Vector Hawk. The latest addition to the company’s small unmanned aircraft system (UAS) family, the Vector Hawk is a water-proof system that features autonomous flight, landing, and fail safe modes. Its battery supports up to 90 minutes of operation in winds of up to 45 knots, said Steve Fortson, Lockheed Martin’s Unmanned Solutions Business Development Manager. The hand- or tube-launched Vector Hawk can be reconfigured for multiple missions, including fixed-wing, vertical takeoff and landing, and tilt-rotor enabling VTOL with transition to fixed wing flight.

L-3 Unmanned Systems’ Airborne Pursuit and Exploitation (APEX). The APEX unmanned aircraft is a compact, lightweight system designed as a small tactical Intelligence, Surveillance and Reconnaissance platform, according to a news release. It can carry multiple payloads at once, and can be used for close-range ISR missions, first responder calls or over-the-hill reconnaissance missions, low-intensity conflicts and urban warfare operations. The all-electric UAV provides about seven hours of endurance and can be operated by a team of three people. It features an electro-optical/cool infrared gimbal payload, providing both day and night surveillance and reconnaissance capability. U.S. Forces are currently using the system.

iRobot’s AVA 500. AUVSI exhibition attendees likely saw the AVA 500 roaming the floor while an employee back in the Bedford, Massachusetts, facility operated it. The telepresence robot makes it possible for people to attend meetings live, no matter where they are in the world, Manager of Corporate Communications Charlie Vaida said. Ava 500 can be used in labs, manufacturing floors — any space where operators want the flexibility to move around. And the operator doesn’t have to worry about guiding the Ava 500. The robot learns and creates a map of its environment so that it can navigate to its destination autonomously. Built-in laser, 3D imaging, and sonar technologies ensure the robot can self-navigate busy, real-world enterprise environments without bumping into people or objects.

FreeWave Technologies Inc.’s WavePoint Communications. Designed for government and defense applications, the WavePoint family is a wireless M2M communications architecture that features high-speed connectivity, can adapt to changing tactical needs and has military grade security capabilities, according to a news release. The architecture incorporates the multi-channel WavePoint 10e platform that was released earlier this year, as well as single-channel WavePoint 20e modules that are scheduled to be released throughout 2014. This product suite supports unmanned system command and control, as well as nuclear, biological, and chemical remote sensing, unattended ground sensors, dismounted soldier and vehicle tracking, remote military infrastructure monitoring, and guided parachutes for supply drops, among others.

Aerial Services UAS Survey. As the unmanned aerial systems market continues to grow and change, it can be difficult to keep up with the most recent developments. Aerial Services, a remote sensing firm located in Iowa, decided to put together an in-house database to keep track of these innovationsas well as share it with the rest of the industry. The Unmanned Aerial Systems Survey, first released in 2012, was recently updated with the most current unmanned aerial system product information and includes more than 150 different UAS models and dozens of UAS-sized sensors and photogrammetric software. To download the Unmanned Aerial Systems Survey, visit the company website.