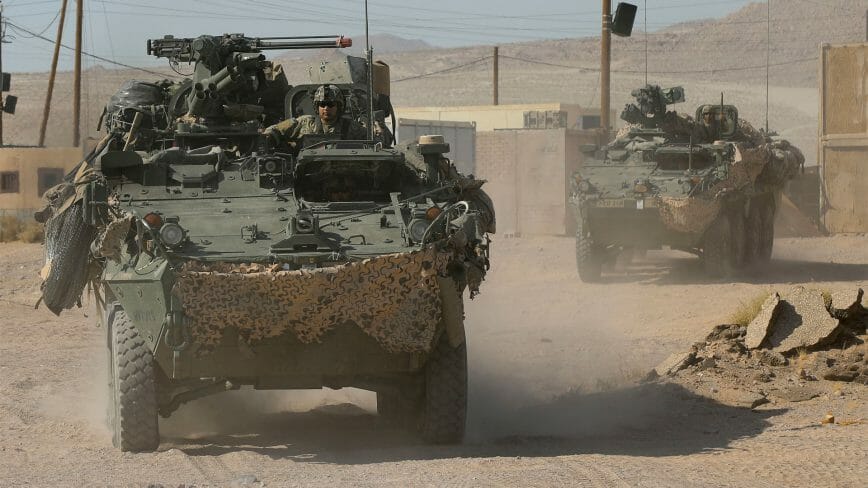 Collins Aerospace received a program-of-record contract to mature and integrate a positioning, navigation and timing system for the U.S. Army’s for the Army’s increasingly sophisticated manned ground vehicles. The Mounted Assured Position Navigation and Timing System (MAPS) will maintain the integrity of positioning and timing during operations in GPS-contested environments. It collects and integrates PNT data from disparate sources to serve as a navigation alternative to GPS, ensuring continued field operations under GPS jamming conditions.

William Nelson, the Army’s director of the Assured Positioning, Navigation and Timing (APNT) Cross-Functional Team (CFT), stated “Less than a year after we equipped the first generation of MAPS in Europe, we’re already pushing forward with the development of GEN II. This award comes less than a month after our Mounted APNT requirement was approved.”

MAPS is designed to be installed on vehicles, providing troops with accurate position, navigation and timing data even when the GPS signal is denied, degraded or spoofed. MAPS fuses PNT data from multiple sources, including timing sensors, barometer measurements and inertial navigation units, creating an alternative that can validate or replace GPS data. The sensor fusion will enable field units to operate without terrestrial or satellite-based RF signals.

In 2019, the Army outfitted Stryker vehicles of the 2nd Cavalry Regiment in Germany with MAPS Gen 1. The Stryker is an eight-wheeled armored fighting vehicle, lighter and faster than a tank, with heavier armor than other troop carriers. It saw extensive use in the Iraq counter-insurgency campaign, for example. The Army will continue to install Gen I units on 2nd Cavalry vehicles as well as those of the 1st Infantry Division currently based in Kansas, while Gen II MAPS undergoes further development.

The NavHub-100 generates and distributes Assured Position, Navigation and Timing (APNT) information to all systems onboard the platform through one device. Additional protection comes with the ground-based DIGAR-100 anti-jam antenna, providing superior immunity in the most severe GPS-challenged environments.

In the future, MAPS will form part of the C4ISR/EW Modular Open Suite of Standards (CMOSS), a common chassis across Army programs. This will afford plug-and-play update capability as new MAPS upgrades emerge, with installation accomplished by plugging a new chip into the chassis. The Army recently tested a prototype of that capability.