All Over the World: 2013 GNSS conferences - Inside GNSS - Global Navigation Satellite Systems Engineering, Policy, and Design 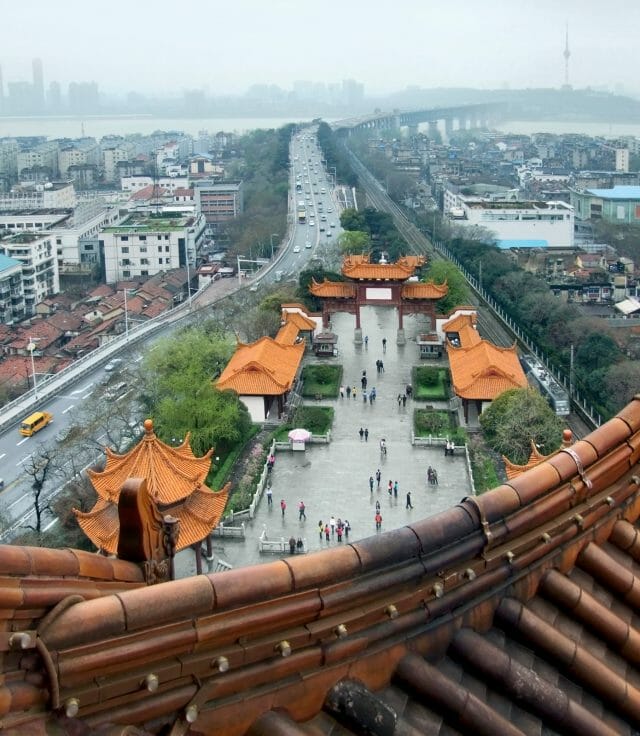 A rainy day in Wuhan, as seen from the Yellow Crane Tower. The city will host the Chinese Satellite Navigation Conference this year.

2013 opens with a new event in Hawaii, a rescheduled Munich Summit, and other familiar technical meetings, workshops, exhibitions, and GNSS-oriented activities.

2013 opens with a new event in Hawaii, a rescheduled Munich Summit, and other familiar technical meetings, workshops, exhibitions, and GNSS-oriented activities.

Organizers of the Munich Satellite Navigation Conference have postponed this year’s event until June 18-20, due to changes in a key business partnership. The 2013 conference and exhibition, originally scheduled for February 26-28 in Munich, Germany, will be the 10th anniversary of this high-level, policy-oriented gathering. As in past years, the Summit will take place in der Residenz, with the theme, "GNSS – New Challenges." For details, click here.

The Institute of Navigation will be busier than ever this year, as it continues to extend its franchise beyond its its international technical meeting to be held January 28-30 and the annual GNSS conference. It has rebranded its iconic September meeting as ION GNSS+ 2013 to reflect a growing emphasis on other positioning, navigation, and timing (PNT) technologies and integrated systems.

The institute has launched an all-new ION Pacific PNT 2013 scheduled for April 22-25 in Honolulu, Hawaii that brings together policy and technical leaders from the Pacific Rim for policy updates, reports on program status, and technical exchanges.

Last year, the ION took over responsibility for the Joint Navigation Conference. JNC 2013 is set for June 10-13 in Orlando, Florida; abstracts are due by February 26.

This year ION has assumed sponsorship of the leading U.S. time and frequency conference, PTTI (Precise Time and Time Interval). This year’s event will take place under the ION PTTI 2013 flag, December 2-5 in Bellevue, Washington.

Other key GNSS events in 2013 include:

The program includes the participation of top officials from the European Parliament, Council, and Parliament, as well as national political and industry leaders.

The European Navigation Conference 2013 scheduled for April 23-25 in Vienna, Austria, unfortunately will overlap ION’s Pacific PNT event. As usual, the ENC will concentrate on Galileo but will cover the status and development of all of the GNSSes, augmentation and regional systems.

Russia’s 2013 International Satellite Navigation Forum/Navitech Expo in Moscow will also share some of that week – April 24-25. Emphasizing the GLONASS program and innovations, the event will take place at the Expocentre Fairgrounds.

The GPS Partnership Council, hosted by the USAF GPS Directorate and the Los Angeles chapter of AFCEA, will return to Los Angeles Air Force Base on May 7 and 8.

Now that a BeiDou, previously Compass, Interface Control Document has been released, the CSNC 2013: China Satellite Navigation Conference and an accompanying commercial exhibition scheduled May 15-17 in Wuhan, China, will take on even greater significance. Again, the focus will be on a national GNSS system under the theme, "BeiDou Applications – Opportunities and Challenges."

(China intends to discontinue use of Compass as the
English name for BeiDou. The official designation will be BeiDou Navigation Satellite System with the abbreviation, BDS.)

Other GNSS-related specialty or regional events and updates throughout the year can be found on the Inside GNSS online calendar here.