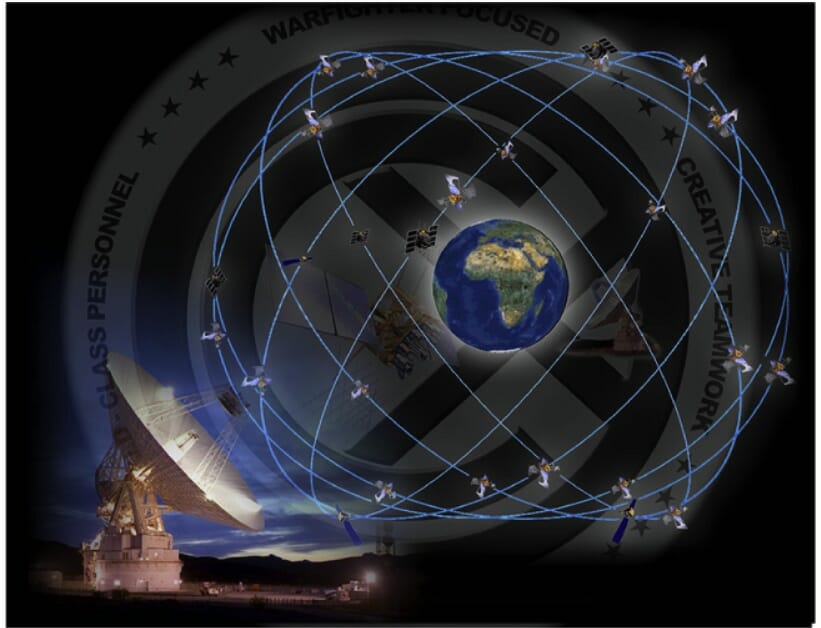 Air Force Space Command announced its intent this week to award Raytheon a sole source contract to support the new GPS ground system though the wording of the announcement left some question as to when delivery of that system would take place.

Raytheon is the prime contractor for the GPS Next Generation Operational Control System (OCX), a program undertaken to both develop a more cyber-secure network and utilize new capabilities in the satellites. OCX is necessary for full use of the new civil signals and for military receivers to utilize the new, more powerful and secure M-Code signal.

The new contract will span up to four years with a two-year base period and four six-month options, according to the “Sources Sought” announcement posted August 19 on FBO.gov. Itfocuses on the period after the Air Force accepts delivery of OCX though there’s a long list of activities that must get underway before then to prepare for the long transition to the new system. This includes addressing staffing, reporting, data management, on-going accreditation, information assurance certifications, equipment inventory, technical data management, capability management, training development, transitioning factory development environments to sustainment environments, depot activities, hardware technical refreshes, establishing prioritized backlogs, and resolving connectivity issues.

“A credible plan must be developed for accomplishing all program directives,” the Air Force wrote, and there must be “very high confidence” that the pre-delivery plan is able to sustain all of the GPS OCX elements and subsystems.

Raytheon is supposed to deliver the OCX system by June 2021 though the Air Force did not say when the contract would be awarded and appears to be leaving itself some wiggle room in the OCX delivery schedule.

“The current forecast date for delivery to the Government is June of 2021, at the earliest,” Air Force Space Command said in the announcement.

Raytheon has run into repeated difficulties especially when it comes to addressing ever-evolving cybersecurity risks and OCX is already behind schedule by some five years. The costs are also up sharply — rising, according to a May 21 Government Accountability Office (GAO) report from $3.7 billion in November 2012 to $6.2 billion as of September 2018. The escalating expense triggered the declaration of a Nunn-McCurdy breach in 2016, a development that would have automatically shut down the program if the Defense Department had not acted.

And further delays are likely, the GAO said in its report. “The OCX contractor’s delivery date is optimistic and much earlier than Air Force and independent projections. All government and independent analyses project OCX delivery will exceed June 2021 by at least 6 months.”

Those estimates, from the Air Force, CAPE (the Defense Department’s Office of Cost Assessment and Program Evaluation), the Defense Contract Management Agency and the MITRE Corporation, anticipate delays up to as much as a year or so, according to a chart in the report. The Defense Contract Management Agency alsotold GAO that it expected Raytheon to need more than $400 million more in cost reserves.

Raytheon took issue this spring with the report, saying the findings were “inaccurate.”

“From what we can tell, the assessment was likely based upon partial and stale information,” said Dave Wajsgras, president of Raytheon’s Intelligence, Information and Services business, at the time. “We’ve met all of our program milestones and, importantly, held both schedule and cost performance objectives since September 2017. We will deliver the full system by our June 2021 contractual deadline.”

Raytheon reiterated this week that the OCX project would meet its schedule.

“We are still on track to meet our June 2021 contractual deadline,” a Raytheon spokesperson told Inside GNSS.