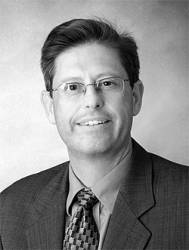 By now, the news is out: Raytheon Corporation’s Intelligence and Information Systems (IIS) business, has won the contract to build the Next Generation GPS Control Segment (OCX).

By now, the news is out: Raytheon Corporation’s Intelligence and Information Systems (IIS) business, has won the contract to build the Next Generation GPS Control Segment (OCX).

With a baseline duration of 73 months, the OCX development contract has an initial value of $886 million, with option years for sustainment bringing the total potential value of the win up to $1,535,147,916.

According to the GPS Wing, OCX will replace the current operational control segment, maintaining backwards compatibility with the Block IIR and IIR-M satellite constellation and enabling those spacecrafts’ modernized capabilities. These include the civil L2 and military M-code signals as well as the L5 civil signal that will become available with the Block IIF satellites for which the first launch is now scheduled for May.

The OCX will provide new anti-jamming technologies, more advanced predictive algorithms, and more frequent clock and ephemeris updates. In addition, OCX will provide — for the first time ever —  monitoring of civil GPS signals as well as command and control (C2) of new capabilities associated with the new GPS III generation of satellites.

A Boon for Aurora, Colorado
Most of the OCX work will be carried out at the Raytheon IIS facilities in Aurora, Colorado, and will bring more than 300 new jobs, according to Bob Canty, GPS OCX vice-president and program manager for Raytheon.

He said that development activity for OCX would begin within about a month and that the first major milestone would be an integrated baseline review establishing the performance timeline for the entire program.

Indeed, the contract may be a lifesaver for the Aurora operation, which some sources said could have been closed or forced to substantially reduce its workforce without the new contract. Raytheon IIS was the lead developer of the National Polar-orbiting Operational Environmental Satellite System (NPOESS) ground segment and had delivered the final portion of the NPOESS Preparatory Project (NPP) ground system in July 2009.

Most of that work was performed at the Aurora site. However, on February 1 the White House announced that it was canceling the NPOESS program, which had been designed to deliver science-quality weather and climate information for defense and civil applications on an operational basis, casting further doubt on the future of the Aurora facility.

Delays in the contract award reportedly had stretched IIS-Aurora resources as Raytheon kept its OCX engineering team in place. But that investment has now paid off.

Engineering capabilities at Aurora are strongly oriented toward architecting and integrating systems, with a particular emphasis on routing information within complex architectures — an essential element for security-oriented systems.

As Canty pointed out, with 40 years of experience in the field Raytheon has delivered 110 ground control systems around the world.

Communications flow will become increasingly important in GPS modernization efforts. GPS III may include the Distress Alerting Satellite System (DASS) and other sensor payloads that require timely transfer of information. Planned as a component of the international Cospas-Sarsat system, DASS relays incident data and position reports to search and rescue organizations.

OCX will also support enhanced mission planning by Department of Defense users and be connected with a classified facility from which advanced military GPS capabilities can be planned and executed.

“If you take a look at some of the key technologies that are required for GPS going forward,” Canty said, “[a critical element] is the integrity capability to be able to provide a secure signal to all the users out there. We are leveraging Raytheon’s Wide Area Augmentation System that is the only GPS system that has been accredited by the FAA.  We also bring a lot of our computer technology in regard to securing the networks.

“Our system is designed to deal with all threats from the outside. Whether it’s a threat to protect the war fighter, whether its civil users, or whether it’s a communications network, our system provides capability to protect against all of these threats.”

Telecommunications giant Qwest is headquartered in nearby Denver and Raytheon’s Aurora group has attracted staff from the telecom company’s large engineering pool in the area.

Raytheon will rely on its subcontractors to handle some of the core GPS content and operational issues, including the Boeing Company, which has a team in Aurora and is responsible for the current ground operations system. (Jack Taylor, a Boeing senior systems engineer who provides GPS operations support for the 2nd Space Operations Squadron at Schriever AFB, has recently joined the Inside GNSS Editorial Advisory Council.)

Braxton Technologies and Infinity Systems Engineering, both headquarterd in Colorado Springs, have been involved with GPS C2 and telemetry, the on-going GPS Architecture Evolution Plan (AEP), and the Launch Early Orbit Anomaly and Disposal Operations (LADO) capability introduced in 2007.

Coordination with GPS III an Issue
The OCX contract calls for development and installation of hardware and software at GPS control stations at Schriever Air Force Base in Colorado and Vandenberg AFB in California, deployment of advanced monitor stations at remote sites, and initial contractor support with sustainment options for five years.

Projected implementation of the initial Block I phase of OCX is now 2015, with Block II coming on line the following year — a schedule slip of several years from the 2011–12 time frame that the GPS Wing was pursuing as recently as 2007. Canty pointed out that the contract also calls for Raytheon to deliver an OCX crew training simulator about a year before the Block I implementation.

The GPS III satellites will require the OCX C2 capabilities in order to operate — which raises the question of the staging of the first GPS III launches. In 2008, Lockheed Martin won a $1.46 billion initial contract to design and build the GPS Block IIIA satellites, scheduled to begin launching in 2014.

In a presentation to the Stanford PNT Symposium last October, Dave
Podlesney, Lockheed Martin’s GPS III program director, said that the
GPS IIIA effort was actually ahead of schedule. In fact, he said the
company was considering advancing the critical design review (CDR)
milestone in order to ensure that the delays common to the production
and test phase of satellite development did not delay the whole
program.

So, if IIIA effort stays on track, the Air Force could face a
situation in which modernized satellites with new capabilities are
available but not a control segment that can operate them.

In any case, the first phase of the contract will focus on defining
the long-range architecture, technical requirements, concepts of
operations, and fielding capabilities incrementally. Issues related to
the introduction of future GPS III satellite blocks into the
constellation also will be part of the OCX’s first contract phase.

The GPS Wing selected Raytheon over a team headed by North Grumman Corporation.