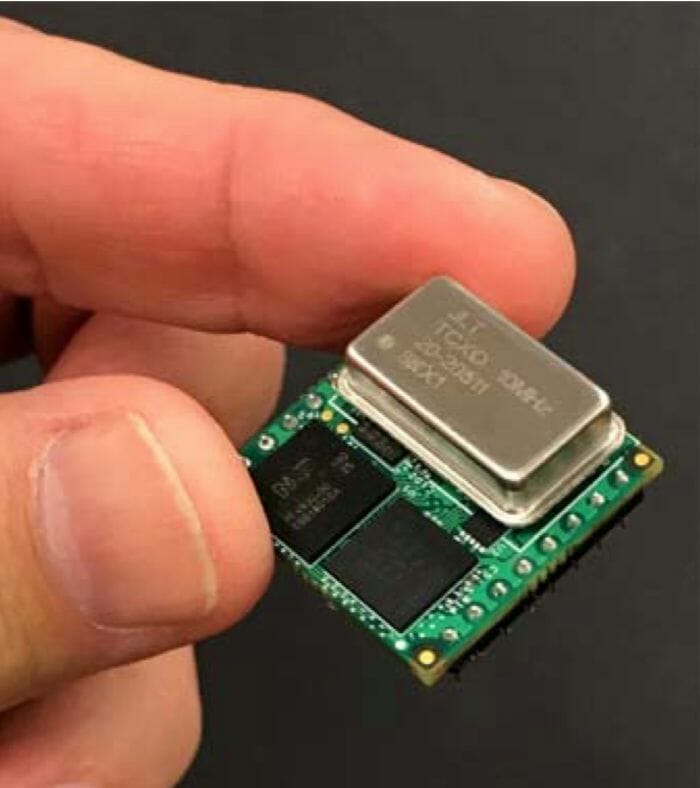 The Micro-Transcoder is described as the smallest, full-constellation, stand-alone, real-time 10-channel GPS simulator. It achieves hardening of the customers’ GPS equipment by splicing the unit in-between the existing antenna and the users’ GPS receiver, and taking the output of any secure PNT source such as inertial navigation system (INS), SAASM, M-code, Iridium STL, or concurrent GNSS receiver and encoding (RF modulating) the baseband PNT and UTC timing information into a standard GPS L1 RF signal.

This RF signal can then be received by any legacy GPS receiver, according to the company. The unit can act as a GPS Firewall to identify and block jamming and spoofing attempts, and to provide an alternate PNT source during fully GPS-denied operation.

The unit is based on the popular JLT CLAW GPS Simulator and RSR Transcoder technologies, and includes a stand-alone full-constellation 10-channels real-time GPS simulator with integrated high-stability timing reference, as well as an internal GNSS receiver for monitoring the RF output signal for quality and accuracy. The unit will transmit a standard UTC time, position, velocity, and heading GPS L1 RF signal by simply applying 3.3V power to it.

The Micro-Transcoder can also be operated as a generic high-performance GPS simulator with built-in GPS Disciplined Oscillator (GPSDO), and is supported by a comprehensive free Windows application program downloadable from the JLT website. The Windows application allows control of all the simulation aspects, creating and storing simulation vector commands, and testing user equipment for leap-second and GPS week rollover event compatibility to identify weaknesses in user equipment. The unit does not require a PC to be connected to it to function. This makes embedded operation as easy as applying power, and connecting the units’ RF output to the antenna input of any GPS receiver.