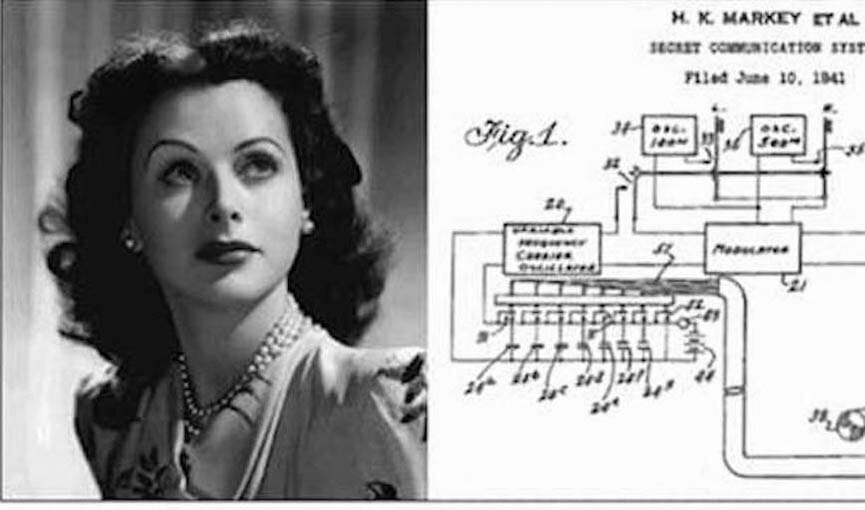 The last GPS III Space Vehicle under the original GPS III contract has been christened “Hedy Lamarr” as part of its production milestone known as core mate, assembling it into a full satellite.

“Hedy Lamarr” honors the Hollywood actress and inventor who patented frequency-hopping technology in 1941. This technique laid the foundation for secure GPS, Wi-Fi and Bluetooth technologies. Frequency-hopping spread spectrum is a method of transmitting radio signals by rapidly changing the carrier frequency among many distinct frequencies occupying a large spectral band. The changes are controlled by a code known to both transmitter and receiver. This technique enables code-division multiple access (CDMA) communications, which form the basis of the GPS signal.

Born to Jewish parents in Vienna, she fled Austria to London in 1937 to escape rising anti-Semitism. Discovered there by the head of MGM Studios, she was brought to the U.S. on a studio contract and began making films. During World War II, she devised various new ideas to help the Allied cause, including a new airplane wing shape and frequency hopping, created with composer Georg Antheil, to securely guide torpedos to their targets. She received a patent but never any money for her work.

For more detail on her history, Antheil’s background and the fate of their patent, see Inside GNSS’s 2006 article, “Player Pianos, Sex Appeal, and Patent #2,292,387,” by magazine co-founder Eliza Schmidkunz.

During the two-day satellite core mate production event at the Lockheed Martin facility in Waterton, Colorado, a 10-ton crane lifted and completed a 90-degree rotation of GPS III SV10’s system module assembly which holds the satellite’s operations and mission payload electronics. The crane then slowly lowered the system module the final 12 feet onto the satellite’s vertical propulsion core assembly.

Throughout the operation, technicians were strategically placed in elevated lifts 20 feet in the air to monitor the tight interfaces – within thousandths of an inch — and ensure a successful integration. Once the system module was fully seated, the technicians installed the nearly 200 screws bolting the two major components together. When the final screw was placed, the vehicle was officially mated. At that point all activity stopped and the newly assembled GPS III space vehicle got its official name.

GPS III SV10 and SV09 benefited from new techniques adopted in the GPS III production line, and that of the GPS IIIF satellites that will soon follow. These 3D printed parts, HoloLens mixed-reality smart glasses, and model-based engineering images that were overlaid on top of the hardware.

The digital transformation tools improved accuracy and cut production times. “Using the (HoloLens) we actually overlay design drawings onto the hardware, further ensuring that everything is done right,” said Robert Peszek, GPS III Operations Manager. In addition, the team cut the production schedule by 50% for SV09 and SV10, partly due to the use of augmented reality tools – and while working through the height of the COVID pandemic without missing any work days.

The first five GPS III satellites have launched and been handed over to the Space Force for on-orbit operations. The next three have been completed and declared “Available for Launch” by the U.S. Space Force. Those satellites are currently in storage at the GPS Processing Facility until the Space Force determines their launch dates. GPS III SV09 is fully assembled and in final testing.

GPS III SV10 will undergo a comprehensive suite of system performance tests before moving to the critical thermal cycling and thermal vacuum test (TVAC) phase, which demonstrates the satellite’s ability to survive the thermal and pressure conditions of space.

After GPS III SV10, the GPS III Follow On (GPS IIIF) satellites will start to appear on Lockheed Martin’s production line. In 2018, the Department of the U.S. Air Force awarded Lockheed Martin a contract to build as many as 22 additional GPS IIIF space vehicles. GPS IIIF SV11-12 were part of that original contract. The government exercised options for GPS IIIF SV13-14 in 2020, and for three more in 2021.

GPS III information in this story adapted from a release by Lockheed Martin.