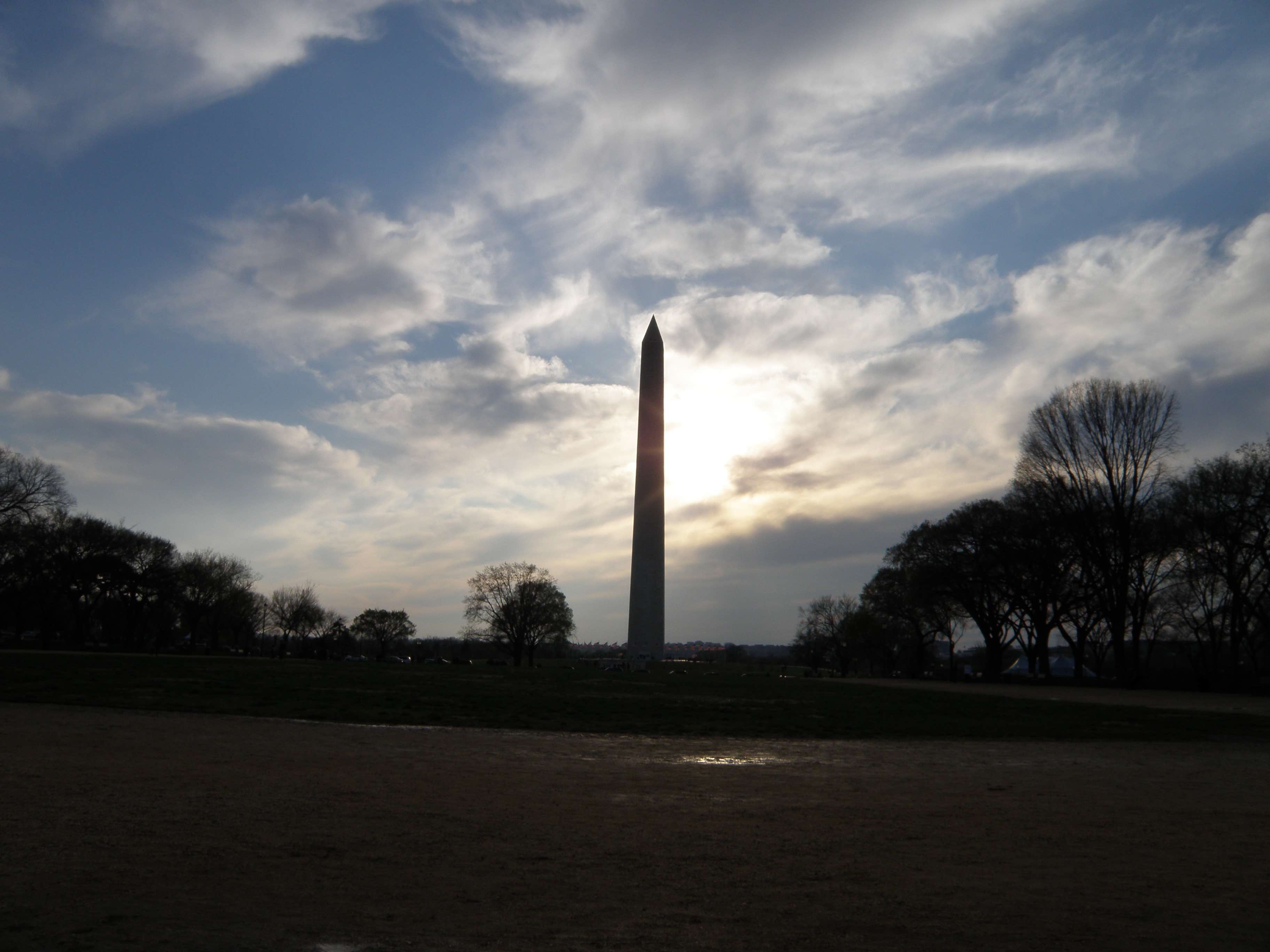 In testimony and reports U.S. military officials have been stressing for some time that the GPS constellation is a top target on the hit list of America’s space adversaries.

“PLA (People’s Liberation Army) writings emphasize the necessity of “destroying, damaging, and interfering with the enemy’s reconnaissance…and communications satellites,” suggesting that such systems, as well as navigation and early warning satellites, could be among the targets of attacks designed to “blind and deafen the enemy,” the Defense Intelligence Agency wrote in its annual report on China Military Power, released in January.

Even so, steps to protect GPS would get little public mention when defense experts talked about making U.S. space assets more resilient. For example, GPS didn’t often come up in discussions about spreading on-orbit capabilities across more satellites—a technique designed to reduce the impact of losing a spacecraft and increase the difficultly of taking out a system. After all, the satellite navigation network was already a distributed system with roughly three dozen satellites (if you count the spares) and more satellites on the ground awaiting launch.

Things have changed. The Air Force is now working through ideas to make the GPS constellation part of a far broader plan that will likely include modular satellites with common interfaces and reprogrammable payloads as well as on-orbit system defense capabilities.

In a wide-ranging talk Col. Russell Teehan, the first portfolio architect for the Air Force’s Space and Missile Systems Center (SMC) and Michael Dickey, director of the Enterprise Strategy and Architectures Office at Air Force Space Command, spoke about integrating space activities across American and allied programs, across U.S. civil and military agencies and across government and commercial satellites.

The competitive landscape has changed now that China, Russia and other nations are becoming sophisticated on-orbit operators, Dickey told a breakfast meeting of the Air Force Association’s Mitchell Institute for Aerospace Studies in Washington, D.C. To meet the challenge, he said, “everything has to change.”

“I like to think of it as kind of the difference between playing golf and playing rugby,” Dickey said. “Golf is an individual game. You just work on getting from the tee to the hole every time” and hopefully your game is better every time you go out. Rugby, on the other hand, is just kind of a hot mess—lots of people involved, lots of jostling for position, lots of aggressive behavior going on and it’s hard to watch and harder to succeed at.”

We have to get out of golf and start playing rugby, Dickey said. “We have to be able to take a punch and keep doing what we do.”

To do that, he said, the U.S. must work to protect its assets, which may include enabling systems to participate in their own defense. “I don’t want to get into the details but it’s not hard to imagine. If there’s someone shooting at you, you’d like to maybe get out of the line of fire. So creating some agility with our space systems becomes very important.”

“Maneuver in orbit is bigger than you may realize,” said Teehan. “We have too predictive of an architecture.”

The emphasis is now on changing that architecture so that adversaries cannot easily achieve their goals by attacking space assets, Dickey said. “What are the things we can do to spread out the architecture—to diversify outside in different orbits, to proliferate new capabilities, to work more substantially with our allies like we do in every other domain, to leverage all the commercial growing presence in space in every orbit and in every mission. That’s where the focus is now.”

Working across organizations is key, Teehan told the audience.

“To do the thing that Mike’s talking about you have to be in lock-step—headquarters, Air Force Space Command, SMC and our partners NRO (National Reconnaissance Office) and MDA (Missile Defense Agency) within the inner circle.”

And that also means leveraging the growing number of commercial space satellites.

“I’ll use commercial capability anywhere I can get it,” Teehan said, including to support positioning, navigation and timing (PNT).

Teehan said that when they were going through mission area roadmaps they looked at PNT and decided to develop digital reprogrammable payloads that could be carried on non-GPS satellites.

“This is a signal program,” said Teehan. “I want to shift this away from just a MEO (medium Earth orbit) architecture. I want to proliferate payloads around the architecture and I want to work with commercial (and) allied teams and disseminate those and then look to synchronize that capability within a theater.”

Under those programs the Air Force is prototyping a digital reprogrammable payload that will be launched into geostationary orbit aboard NTS-3. The mission will provide space qualification for core technologies such as the waveform generator and high power/efficiency solid-state amplifiers, the Space Enterprise Consortium said in a statement.

And Teehan is already looking at the next step.

“So the goal is for NTS-4 to not be 40 years from now but to get into an architecture where we’re flying these digital reprogrammable payloads,” he told Inside GNSS. “(The) first one is going to GEO. We’re looking at where we’re going to send the second and third.”

Braxton Technologies is developing the ground control segment, which is to include the ability to command multiple antennas to form high-gain regional beams in conjunction with traditional earth coverage beams and processing the subsequent impact on phase center bias and pattern variation. The ground system will also incorporate commercial antennas for telemetry, tracking, and command and automate common functions to reduce the level of hands-on control that GPS requires.

At least two handset manufacturers are involved in the demonstration so that the receiver technology is able to evolve in step with the changes in the space component. “If one element of the architecture is open and can be reprogrammable and the other one can’t receive it—you get out of sync pretty fast,” Teehan said.

When asked if other receiver manufacturers might become part of the development effort Teehan told Inside GNSS he’d be open to discussing whether SMC had all the right vendors watching the demonstration. He wants to include as many traditional, industrial-base firms as possible, he said, with an eye toward their participation in the follow-on programs.

To help build on this initial work, SMC put out a “sources sought” announcement in early March to find commercial satellites operators willing to have government payloads fly on their spacecraft. Under its Hosted Payload Solutions program SMC is looking for firms that can integrate government payloads, provide flight opportunities in the desired orbits and supply bent-pipe communication capabilities. Interestingly, SMC is also looking for vendors that can provide the infrastructure for payload and satellite control as well as frequency spectrum. Once the responses are in the government hopes to formulate an acquisition strategy. Though the initial deadline for responses is past, potential vendors can lean more about the program, by looking up Solicitation FA881414D0001 on FBO.gov.

SMC is also moving to develop common elements and collapse programs to save money. Teehan pointed to cooperation on shared data analytic programs and a shift toward shared ground systems and a modular satellite bus that can be used by multiple programs.

There were seven programs last year that were looking to set up data analytics programs—all set to do basically the same thing, Teehan told the room. “We’re going to have one data analytics program. We’re going to have one services program. A lot of times you’re finding (that) six or seven programs are about to partner with Japan or partner with Australia to do commercial SSA (space situational awareness). Let’s collide and collapse those organizations.”

If a communications program and a PNT program seem to be heading in the same direction, Teehan said, it might be best for the two teams to work together. “When they’re birthing some of their next set of programs—the standards, interfaces and architectures that we’re looking to go build—they may be a comm-PNT program and all that’s different are the signals or the bands that I’m looking to go do.”

Perhaps the best example of this so far is the work underway to develop a common satellite bus.

“It would be inefficient for us to have next-gen GEO and ESS (Evolved Strategic SATCOM) both go off and build their own buses,” said Teehan. “They’re both going to be going after the same exact things. Why don’t I create a bus program to go after those?”

SMC released a request for information March 6 to help it work out the feasibility issues and acquisition plans for a modular satellite bus. The new hardware will be used for GPS and the Nuclear Detection System (NDS) payload, which has been flying on the GPS satellites for some time, as well as for protected communication and missile warning payloads.

SMC also plans to establish a consortium of bus and payload providers to develop a standard interface specification (SIS) for the spacecraft bus—that is a standard for the mission payload interface and other interfaces such as those supporting bus-auxiliary payloads, bus-ground payloads and bus-mission communications payloads.

It is not clear, as yet, if SMC’s focus on research, prototyping and rapid innovation will mesh smoothly with the proposed shift to a Space Force and the newly created, Pentagon-wide Space Development Agency. Teehan already has insight into DARPA’s Blackjack program, which is working on a low-Earth orbit network using a commoditized bus and low-cost interchangeable payloads with short design cycles and frequent technology upgrades. It remains to be seen if SMC’s efforts to coordinate will stop at agency boundaries or will truly extend across all of the Department of Defense.

What is clear is that the U.S. must innovate on capabilities, structure and costs if it is going to maintain its advantage in space.

“We can find ways to proliferate buses, work with commercial architectures—but if we don’t have proliferatable payloads that can be disseminated into these architectures, it’s killing us,” said Teehan. “Think about what I’m saying. Go to every mission area right now. We do not have sub-$30 million proliferatable, good-enough payloads. …Our architecture is close to the F-35 view of an architecture and a lot of the stuff that we’re trying to get into is the UAV (unmanned aerial vehicle) equivalent of the architecture. That’s where we’re heading and we’ve got to find a way.” 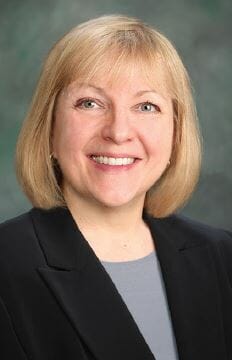 Dee Ann Divis has covered GNSS and the aerospace industry since the early 1990s, writing for Jane’s International Defense Review, the Los Angeles Times, AeroSpace Daily and other publications. She was the science and technology editor at United Press International for five years, leaving for a year to attend the Massachusetts Institute of Technology as a Knight Science Journalism Fellow.