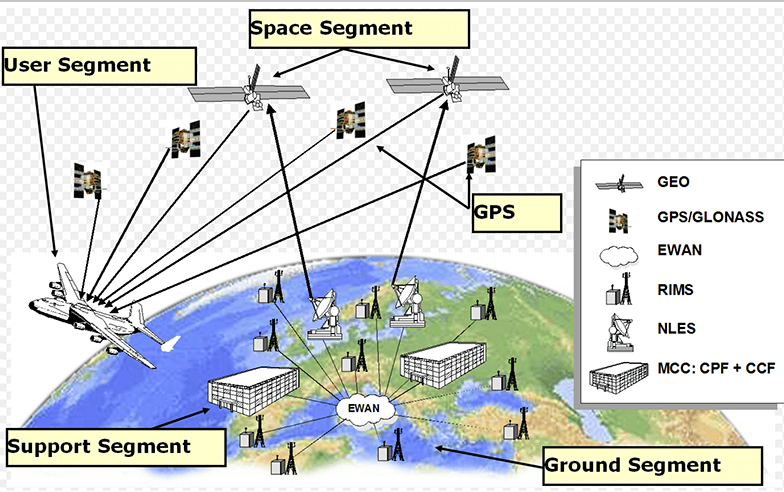 With the Australian government’s announcement earlier this month that it would invest $12 million in a two-year program looking into the future of positioning technology in Australia, comes plans for testing of satellite based augmentation systems (SBAS) to be undertaken, and for future applications for all four major modes of transport in Australia, as well as for potential safety, productivity, efficiency and environmental benefits.

With the Australian government’s announcement earlier this month that it would invest $12 million in a two-year program looking into the future of positioning technology in Australia, comes plans for testing of satellite based augmentation systems (SBAS) to be undertaken, and for future applications for all four major modes of transport in Australia, as well as for potential safety, productivity, efficiency and environmental benefits.

The SBAS test-bed is Australia’s first step toward developing the positioning technology and expertise needed to be competitive globally and could impact the country’s place as an industry leader in the Asia Pacific region. An SBAS would overcome current gaps Australia has in mobile and radio communications and, when combined with on-ground operational infrastructure and services, could ensure that accurate positioning information can be received anytime and anywhere within Australia.

The two-year project will test two new satellite positioning technologies including next generation SBAS and Precise Point Positioning, which will provide positioning accuracies of several decimeters and five centimeters, respectively. Currently, positioning in Australia is usually accurate to five to 10 meters.

“SBAS utilizes space-based and ground-based infrastructure to improve and augment the accuracy, integrity and availability of basic Global Navigation Satellite System (GNSS) signals, such as those currently provided by the USA Global Positioning System (GPS),” stated Federal Minister for Infrastructure and Transport Darren Chester, who added the program could test the potential of SBAS technology in the four transport sectors—aviation, maritime, rail and road.

“The future use of SBAS technology was strongly supported by the aviation industry to assist in high accuracy GPS-dependent aircraft navigation. Positioning data can also be used in a range of other transport applications including maritime navigation, automated train management systems and in the future, driverless and connected cars.”

From using Google Maps on smartphone to emergency management and farming, many people use and benefit from positioning technology every day without even realizing it.

The funding will be used to test instant, accurate and reliable positioning technology that could provide future safety, productivity, efficiency and environmental benefits across many industries in Australia, including transport, agriculture, construction, and resources.
According to the Australian Government, research has shown that the wide-spread adoption of improved positioning technology has the potential to generate upwards of $73 billion of value to Australia by 2030.

The benefits to this improved technology can be widespread. Minister for Resources and Northern Australia Matt Canavan said access to more accurate data about the Australian landscape would also help unlock the potential of the North.

“This technology has potential uses in a range of sectors, including agriculture and mining, which have always played an important role in our economy, and will also be at the heart of future growth in Northern Australia,” Senator Canavan said.
“Access to this type of technology can help industry and Government make informed decisions about future investments.”

The SBAS test-bed is Australia’s first step towards joining countries such as the United States, Russia, India, Japan and many across Europe in investing in SBAS technology and capitalizing on the link between precise positioning, productivity and innovation.

Early this year, Geoscience Australia with the Collaborative Research Centre for Spatial Information (CRCSI) will call for organizations from numerous industries including agriculture, aviation, construction, mining, maritime, rail, road, spatial, and utilities to participate in the test-bed.

Highly accurate positioning technologies are already available in Australia, but they can be cost-prohibitive and not readily available in many areas.

Geoscience Australia is working with the CRCSI on the project, which is designed to evaluate the effectiveness of an SBAS for Australia, and build expertise within government and industry on its transformative benefits. The project is funded through the Department of Industry, Innovation and Science, and Department of Infrastructure and Regional Development.