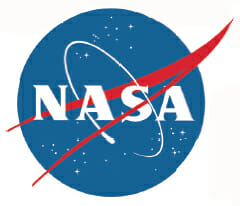 Nine teams of students and private sector inventors will compete this fall to see who can build the best detect-and-avoid system for small unmanned aircraft.

Nine teams of students and private sector inventors will compete this fall to see who can build the best detect-and-avoid system for small unmanned aircraft.

The Unmanned Aircraft Systems Airspace Operations Challenge, which offers a $500,000 prize, will be held Sept. 10-17 in Indiana. The event is one of NASA’s Centennial Challenges, a program inspired by the Wright Brothers that aims to engage the creativity of citizen inventors to solve important aerospace problems. More than 20 Centennial Challenges have been held so far with teams taking home nearly $6 million in prize money. NASA supplies the prizes but there are no guaranteed winners—teams must fully complete the tasks to claim the money. The inventors keep their intellectual property but NASA has the option to negotiate access to the technology, as do other public and private organizations.

For this challenge the teams will try to pilot an unmanned aerial vehicle (UAV) through multiple 30-minute missions, completing each course on time while detecting and avoiding other aircraft and dealing with problems like the loss of their communications link. Bonus points will be awarded if the aircraft can still operate after the GPS signal is interrupted or modified during the flight.

In this first phase of the contest the other aircraft will be cooperative, and will let, their location be known by broadcasting Automatic Dependent Surveillance Broadcast (ADS-B) messages. The judges will award additional bonus points if the competing UAV can detect and record the location of “uncooperative” aircraft operating without an ADSB signal.

In Phase 2 of the contest, which is expected to be worth $1 million to the winners, the teams’ aircraft must be able to detect and avoid planes without ADS-B equipment. That portion of the contest is planned for the fall of 2015.

Among those competing are Robota, a Dallas company that offers mapping UAVs and the Goose autopilot; and Craft and Theory, a North Dakota firm that provides turnkey UAVs. Another firm, CIP Drones of Seattle, will enter a fix-wing system.

There are six academic teams: two from Embry-Riddle, one each from the Daytona and Prescott campuses, squads from Oklahoma State and Ohio State Universities and the Georgia Institute of Technology. The ASU Advance  Autonomous Airborne Collision Avoidance Research Team (A4CART) from Arizona State University will be competing with the Mugin, a fix-wing UAV with a 3-meter wingspan.

The rules focus on safe aircraft operations instead of vehicle performance in an attempt to provide a level playing field for all competitors, regardless of their aircraft. The competition will be held at the Ohio/Indiana UAS Center & Test Complex at the Camp Atterbury Range, near Edinburgh, Ind.