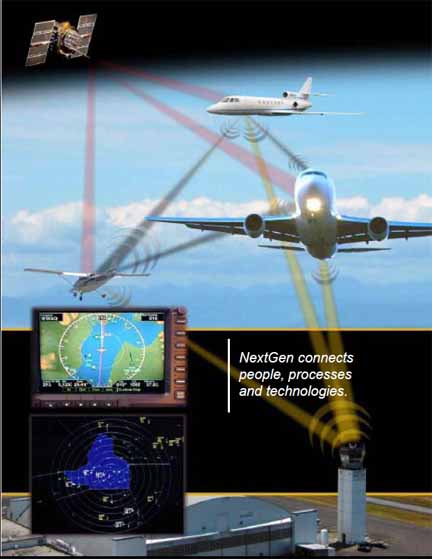 The cost for the nation’s new air traffic control system could triple to $120 billion and require an additional decade to finish, the government’s top transportation watchdog told lawmakers this week.

The cost for the nation’s new air traffic control system could triple to $120 billion and require an additional decade to finish, the government’s top transportation watchdog told lawmakers this week.

Widely considered essential to handling ballooning future growth in air traffic, the GNSS-supported NextGen system was supposed to be finished 11 years from now at a cost of roughly $40 billion, said Calvin Scovel, the Department of Transportation (DoT) Inspector General.

“The initial estimates from 9 or 10 years back called for $20 billion in federal investments, $20 billion in private investments with a stated goal of completing implementation of the program by 2025,” Scovel told a hearing of the House Aviation Subcommittee on Wednesday (February 5, 2014). “We’re clearly not going to make it with a total of $40 billion in investments, federal and private. We’re probably looking at years beyond 2025 — perhaps another 10 even.”

Scovel said that $5 billion to $6 billion had been spent on NextGen over the last nine or 10 years and costs were set to climb.

“We’re probably also looking at total expenditures on the magnitude two to three times that of the initial $40 billion,” he told committee members.

“I think the consensus is we are a long way from where we want to be and thought we would be at this point in time,” Dillingham told Rep John Duncan, R-Tennessee, who wanted to know how much more money was needed.

“Progress has been slow and there is a realization now, more of a realization, that NextGen is a transition rather than a leap forward all at once,” said Dillingham, adding that the aviation community was getting frustrated with the slow progress.

Impatience among Air Carriers
That lack of progress has been at the center of attempts to reset NextGen priorities to please air carriers who are seeing limited benefit from substantial investments in NextGen equipment.

“Our member airlines are already invested in NextGen equipment and training, but expected benefits have not materialized,” Victoria Day, managing director for corporate and member communications at the airline association Airlines for America told Inside GNSS in an email.  “We need the FAA to focus on implementing the policies and procedures that will enable us to take full advantage of the equipment we have before we make additional investments. We’re working with the FAA to accelerate the deployment of NextGen to benefit our customers, shippers, and the environment.”

“With the foundational technologies in place, we have to focus, as we are, on what we can do to maximize the delivering of benefits and ensure that the community, who has invested a lot and will invest a lot more, will see something positive coming out of it,”
FAA Administrator Michael Huerta told lawmakers.

Air carrier frustration may have reached a point, however, that changes will be necessary to keep the aviation community engaged, an element essential to NextGen’s success. Widely suggested has been the idea of splitting off the air traffic control role now handled by FAA and privatizing it, as has been done in other countries.

“We’re hearing the community say ‘Maybe it’s time to look for a new way of doing this,’” said Dillingham, repeating a message he sent last fall during Aviation Week’s NextGen Ahead conference in Washington.

‘Resetting’ ATC Effort?
Congress may be ready to make big changes, according to Capitol Hill staffers speaking at the same meeting.

“But they are also aware of serious concerns with FAA’s ability to implement NextGen,” she added. “In fact, Chairman LoBiondo has said ‘It is time to hit the reset button. It is time to make sure we are in the headed in the right direction.’”

But Scovel suggested that revamping the current approach now, when the FAA is so deep into the process, might not be the right idea.

“As far as resetting NextGen, FAA’s backing into that process right now,” said Stove. “It may be regrettable in the eyes of many but it’s taken us 9 or 10 years to get to where we are now. But if you look at where FAA is organizationally — with the chief NextGen officer at the deputy administrator level, an assistant administrator for NextGen and a program management office which it is correctly aligned . . . organizationally — FAA is getting close.”