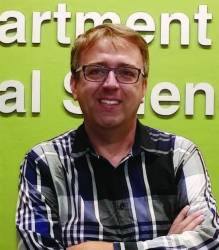 The availability of carrier phase tracking — counting the cycles of GNSS signals between satellites and a receiver — has long enabled high-precision users to achieve greater accuracy than using the navigation messages or pseudoranges. Improvements in high-end receivers and techniques such as real-time kinematic (RTK) and precise point positioning (PPP) have made once inconceivably accurate results almost routinely accessible.

The availability of carrier phase tracking — counting the cycles of GNSS signals between satellites and a receiver — has long enabled high-precision users to achieve greater accuracy than using the navigation messages or pseudoranges. Improvements in high-end receivers and techniques such as real-time kinematic (RTK) and precise point positioning (PPP) have made once inconceivably accurate results almost routinely accessible.

The presence of ever more GNSS satellites and signals holds the promise of improving the situation even more. However, this has not eliminated the need to solve some fundamental challenges, especially the effects of the ionosphere on signals passing through it and determining the exact number of cycles by integer ambiguity resolution (IAR).

To help us understand the current state of the art and the implications of having multiple GNSS systems to draw on for high-precision positioning, we called on Dennis Odijk, a research fellow in the Department of Spatial Sciences at Curtin University’s Western Australian School of Mines in Perth. Odijk obtained his doctor of engineering degree from Delft University of Technology in the Netherlands, where he also spent seven years as a GNSS researcher focusing on signal-processing for high-precision applications.

In order to have acceptable convergence times to a solution — say, less than 10 minutes — both PPP and PPP-RTK (a technique in which PPP provides rapid convergence to a reliable centimeter-level positioning accuracy based on an RTK reference network) rely on precise ionospheric corrections. This also holds for RTK, if one wants to extend the baseline to a distance beyond which the differential ionospheric biases cannot be neglected.

However, having more multi-GNSS, multi-frequency carrier-phase data means more cycle slips are likely to occur, he says; so, cycle slip correction techniques must be optimized to address this situation.

One of the research challenges associated with IAR is the increased dimension of the ambiguity vector in a multi-GNSS case. For example, Odijk offers the example of a PPP-RTK user who is tracking data from three fully operational constellations on three frequencies per constellation. Assuming eight satellites per constellation are being tracked, the dimension of the ambiguity vector reads 3*3*(8-1) = 63 (versus 14 for dual-frequency GPS). This high dimension may slow down ambiguity resolution and, therefore, hamper real-time applications, Odijk says. However, with so many ambiguities it may not be necessary to resolve the full vector — partial IAR techniques may be able to resolve an optimal subset of ambiguities.

IGM: What is the current state of the art in performance of RTK and PPP techniques – in terms of such variables as real-time or postprocessed, single vs. dual-frequency, static vs. dynamic?

ODIJK: With both RTK and PPP techniques, centimeter-level positioning accuracy is feasible, although with (standard) PPP this may take several hours before the solution has converged to such high accuracy. This is typically only reached in (static) post-processing mode, taking into account the most precise orbit and clock products, as well as a priori corrections.

Decimeter-level PPP accuracy can be reached much quicker (tens of minutes; static receiver). For PPP based on a single-frequency receiver, it is hereby essential that corrections for the ionosphere are available.

ODIJK: With RTK the carrier-phase ambiguities are estimable as double-differenced parameters and therefore “automatically” integers. It is well known that IAR is the key to fast high-precision positioning. With PPP the ambiguities are, however, not estimable as integers, as the information to restore their “integerness” is lacking in the standard correction products.

In order to resolve PPP integer ambiguities additional information is needed about the satellite hardware phase biases. If this information is provided to PPP users, their estimable ambiguity parameters are very similar to those of RTK, namely double-differenced, but now relative to one of the receivers of the reference network from which the satellite phase bias corrections are generated. This is the principle of PPP with ambiguity resolution (PPP-AR) or PPP-RTK: while the method is conceptually equivalent to PPP, it provides the potential high accuracy of RTK. The standard PPP solution is a special case of the PPP-RTK solution: it corresponds to the PPP-RTK solution in which the ambiguities “float.”

ODIJK: The largest benefit of multi-GNSS is that the positioning model becomes much stronger with more satellites and more frequencies. For example, we have demonstrated using real data collected at the Curtin University campus that RTK based on single-frequency GPS L1 + BeiDou (BDS) B1 is feasible with an instantaneous success rate close to 100 percent. Such performance is not possible based on single-constellation, single-frequency GPS data.

This performance improvement is conditioned on a proper handling of the biases between the different constellations. Although each GNSS transmits its satellite positions in its own coordinate frame, the differences between these frames are expected to be small, as they are realizations of the International Terrestrial Reference System (ITRS) — at least for GPS, Galileo, and BDS. For (short-baseline) RTK these differences, therefore, will cancel out. This will not be the case for PPP (-RTK), however, and one has to take them into account. Time offsets between systems also must be accounted for, either by correcting the observations or by estimating them in the processing. The calibration and correction of inter-system biases is essential to align the observations of different constellations to one constellation.

IGM: How can precise positioning methods be made more robust/reliable when operating under adverse conditions, e.g., urban canyons or under foliage?

ODIJK: The availability of new signals with higher power and better tracking performance in themselves will improve positioning in adverse environments. Moreover, precise positioning based on multi-GNSS will be more robust than that based on a single constellation, with more satellites available and consequently a stronger geometry. This means that when operating under adverse conditions, such as (low-elevation) multipath or in an urban canyon, we can apply a higher cut-off elevation than with only one constellation.

For example, we have demonstrated that RTK based on single-frequency data of GPS+BDS+Galileo+QZSS still results in an instantaneous ambiguity success rate of almost 100 percent in these conditions based on a high 35-degree cut-off elevation, whereas when using only GPS the success rate was 8 percent. (In the latter case we could not always compute a solution using this cut-off because of insufficient satellites). Despite this high cut-off elevation, the fixed positioning accuracy based on the four-constellation data was at the centimeter level.