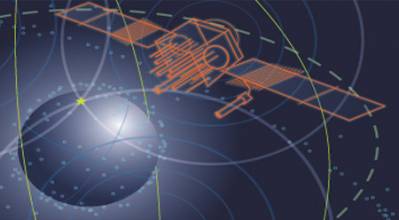 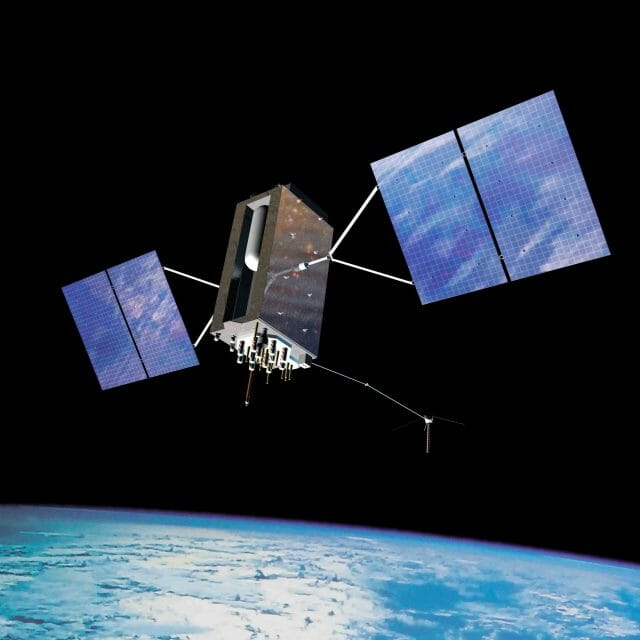 Lockheed’s immediate award is for $1,463,969,301 to build two research & development satellites, with an additional five options of two space vehicles (SVs) each, for a possible total of 12 SVs. However, the Air Force only expects to purchase a total of eight IIIA satellites, including the fully operational R&D spacecraft.

Another 8 satellites would be delivered under the GPS IIIB phase, to be awarded about three years from now, and a final 16 GPS IIICs later on.

The GPS IIIB will feature a cross-linked command and control architecture, enabling these SVs to be updated from a single ground station instead of waiting for each satellite to orbit in view of a ground antenna. GPS IIIC will fly a high-powered spot beam that can deliver greater M-code signal power — about 100 times that of current satellites — for increased resistance to hostile jamming.

The Air Force retains the right to re-compete either or both of the next two Block III acquisitions, in case of poor IIIA performance or because of needs to secure the industrial base for future space developments. However, Col. Dave Madden, commander of the GPS Wing at the Space & Missile Systems Center, Los Angeles Air Force Base, says, “Our primary intent is to develop a long-term relationship with one vendor.”

For GPS IIIA, Lockheed Martin’s program management and spacecraft development effort will occur at its facilities in Newtown, Pennsylvania, with final assembly, integration, and test located in Denver. The company’s Sunnyvale, California, operations will provide various spacecraft components and a launch support team will be based at Cape Canaveral, Florida. Lockheed Martin’s A2100 bus will serve as the GPS III spacecraft platform. The contract will result in approximately 500 new jobs for Lockheed Martin, according to the company.

The latter point refers to risk-reduction elements in the contract and the capability insertion program (CIP) that will enable to the Air Force to adjust acquisition plans depending on evolving warfighter needs and “demonstrated technology maturity.”

Eventually, the modernization effort will improve standalone GPS positioning to less than a meter in accuracy, compared to about three meters with today’s constellation. That won’t arrive, however, until about 2019 when 18 GPS III satellites are expected to be in orbit.

Lockheed beat out a team led by Boeing Company for the IIIA contract. Boeing currently is working to get the first of its Block IIF satellites through final tests in time for a launch early next year.

Madden said that both teams “had awardable proposals.” The GPS Wing reviewed five years of past performance by both companies on about 20 contracts “relevant to this source selection,” not just GPS work, he added.

Asked who made the ultimate decision on the contract award, Madden said only that it was the “source selection authority — and that wasn’t me.” He added that “as a matter of policy” the Air Force doesn’t release the name of that person, although sources close to the acquisition process indicated that the decision probably went all the way up to Air Force Secretary Michael Wynne.

The GPS III program has been almost 10 years in the making. First proposed in 1998 during the Clinton administration and receiving its first congressional funding in 2000, the program has repeatedly been delayed as the GPS III line item was cut from either federal or Air Force budgets, including as recently as last year.

On May 21 Boeing announced that it plans to lay off approximately 750 employees in southern California because of a downturn in its satellite assembly and integration business. The reductions are primarily in the area of engineering and will mostly affect workers in El Segundo and Seal Beach.

Boeing will apparently not protest the U.S. Air Force GPS III decision or file a protest against the contract award.  On May 22, U.S. Air Force program managers briefed Boeing leadership regarding the reasons for the contract decision. According to the company, the GPS III award decision will not affect Boeing’s role on existing military satellite programs, nor will it affect work that is already under contract with the Air Force on various space and ground segments of the GPS program. The Boeing Space & Intelligence Systems will continue its efforts to win new satellite business.