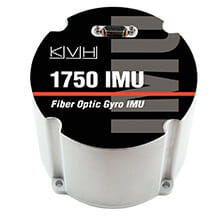 Golf fans watching televised coverage of the U.S. Open golf tournament will have a new outlook on what the professional golfer is facing, thanks to a camera and augmented-reality tracking system that includes a 1750 inertial measurement unit (IMU) from KVH Industries, Inc., of Middletown, Rhode Island.


Golf fans watching televised coverage of the U.S. Open golf tournament will have a new outlook on what the professional golfer is facing, thanks to a camera and augmented-reality tracking system that includes a 1750 inertial measurement unit (IMU) from KVH Industries, Inc., of Middletown, Rhode Island.

Called RangeFinder, the system was developed by Sportvision, Inc., creators of football’s Virtual Yellow 1st and Ten Line, in conjunction with FOX Sports, and made its debut yesterday during the broadcast of the 115th U.S. Open from Chambers Bay, in University Place, Washington.

At the heart of Sportvision’s RangeFinder system is a broadcast-quality camera with a KVH 1750 IMU mounted in a box at the top of the camera; the IMU works in conjunction with a GPS mounted at the base of the camera. By combining data from the IMU and the GPS, the RangeFinder system enables the measurement of the precise location and attitude of the camera. With that information, Sportvision technicians create augmented-reality graphics that indicate how far away a green, sand trap, obstacle, or any other feature is located.

“We selected KVH’s 1750 IMU due to its performance attributes, its size and weight, as well as its cost-effectiveness,” says Mike Jakob, Sportvision president and chief financial officer. “We know this IMU well for what it brings to some of our other products, and we appreciate the reliability and high quality.”

“Our IMUs and other inertial sensors have been used in several of Sportvision’s innovative products, including the LiveLine system for America’s Cup yacht racing coverage, and we are thrilled to play a role in this new system for golf coverage,” says Martin Kits van Heyningen, KVH chief executive officer.

The RangeFinder system is designed to enhance the television viewer’s enjoyment of golf competitions by providing more insight into the setting.

“The camera is mounted on a mobile tower that can go vertical 20 feet in the air, and that gives the viewer a really unique perspective of the course,” says Ken Milnes, project manager for Sportvision. “With the camera fully instrumented, we can put augmented-reality graphics on the TV screen. We virtually insert a rectangular placard that the TV viewer sees, with a pointer arrow and the yardage to the hole or obstacle.”

During the U.S. Open, the RangeFinder mobile camera towers will be positioned on the fairway for a golfer’s second or third shot on a particular hole. The intent is to provide graphics on the approach shots to the green, rather than on a drive from the tee. Sportvision and FOX Sports worked together for more than a year to develop the new system.

“For the TV viewer, RangeFinder gives them an angle behind the golfer that they have never seen before,” says Zac Fields, vice president for graphics & technology at FOX Sports Media Group. “One of the advantages of any sports telecast is being able to utilize technologies so the viewer can see things that the athlete cannot. RangeFinder is a great example of being able to provide that kind of insight. We tested this technology at a smaller tournament last month and the initial feedback was extremely positive.”

KVH’s 1750 IMU marries its E•Core ThinFiber technology of the DSP-1750 with very low noise, solid state MEMS accelerometers to create a commercial-off-the-shelf IMU in a small form factor. The 1750 IMU is one of a series of three IMUs that KVH has developed to address a wide range of demanding applications, including autonomous vehicles; unmanned aerial surveillance, surveying, and mapping; autonomous research and exploration, humanoid robots, and oil and gas pipeline inspection equipment.