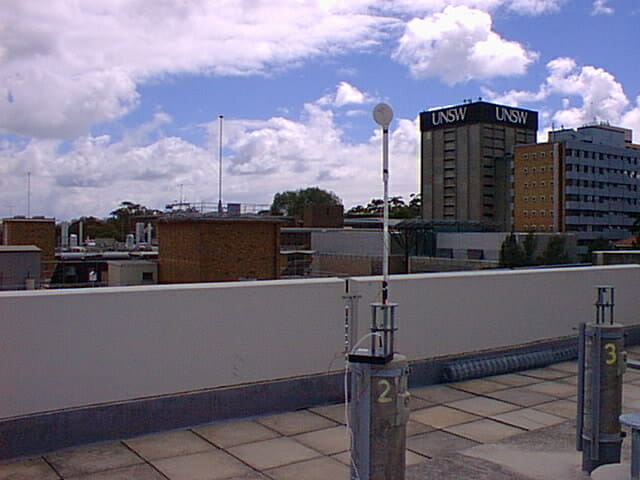 Repeaters — generally used to extend navigation signals inside buildings where they would otherwise be blocked — rebroadcast GNSS satellite signals and therefore operate in the same frequency band. Although useful within a building,  care must be taken to confined the repeater’s signal lest it confuse other receivers operating nearby.

Repeaters — generally used to extend navigation signals inside buildings where they would otherwise be blocked — rebroadcast GNSS satellite signals and therefore operate in the same frequency band. Although useful within a building,  care must be taken to confined the repeater’s signal lest it confuse other receivers operating nearby.

Problems crop up, however, and the International Civil Aviation Organization (ICAO) said in a July 16 letter to Special Committee 159 (SC-159), the navigation committee of the avionics standards group RTCA, Inc., that ICAO already had “been made aware of at least one instance in which signals from GNSS repeaters negatively impacted the performance of an aircraft onboard navigation system.”

The incident occurred several years ago and involved a repeater improperly installed in a hangar at a European airport, said signal interference expert Logan Scott. The receiver in a plane preparing to land locked onto the repeater signal, he explained. “As far as the aviation receiver knew, he was landing on the hangar  — and that is not an appropriate location to land.”

“The pilot received instructions that he was landing in the wrong place, even though he was over the runway, and pulled up,” said Scott. The problem was recognized and fixed fairly quickly “but it showed that if you do have an improper installation of a repeater, on occasion, aviation receivers may lock onto these things.”

Pseudolites do not necessarily operate in the same band as GNSS equipment, but many do, and a proposal in Europe could allow them in the spectrum band from 1559–1610 MHz — the frequencies protected by international agreement for use by safety-of-life services including aviation. The radio frequency band centered at 1575.42 MHz is used for GPS L1 C/A and Galileo E1 signals, as well as satellite-based augmentation systems and future BeiDou and GLONASS civil signals.

Outdoor uses also have been suggested for pseudolites, potentially increasing the risk to GNSS receivers. The European Conference of Postal and Telecommunications Administrations (CEPT) is considering the proposal.

To help mitigate these and future problems, ICAO wrote to SC-159 and asked its members to consider setting aviation receiver standards that would bake in resistance to interference from repeaters, pseudolites, and jammers — that latter are devices designed to intentionally interfere with RF signals.

RTCA: Perhaps Regulatory Policy Instead of Standards
RTCA supports the U.S. Federal Aviation Administration (FAA) by bringing government and industry representatives together to develop consensus standards for aviation equipment. Because anyone can contribute to the process, including international representatives, the RTCA’s standards tend to be particularly inclusive and influential.

“No efforts seem to be underway on the part of onboard equipment manufacturers to include standardized protection mechanisms against the threats from repeaters/pseudolites/jammers within commercial GNSS receiver products,” wrote Alessandro Capretti, the secretary of the ICAO Navigation Systems Panel (NSP). “In the framework of the planned and ongoing enhancements of GNSS as through the use of additional frequencies and additional constellations, it is the view of [the NSP] that the development of standards for new-generation receivers would be an ideal opportunity to implement such protection techniques.”

In his letter, Capretti continued, “Accordingly, the NSP would deem it very useful if SC-159 were to consider the possibility of including improved capabilities for resistance against interference, or, as a minimum, capabilities to detect the presence of such spurious signals, within the future standards for onboard GNSS equipment, and would be pleased to coordinate its activities with SC-159 and with interested manufacturers to ensure an efficient and reasonable implementation.”

These devices are purposely designed to do certain things inside the aviation bands, said working group co-chair John Studenny, of Esterline CMC Electronics, “and none of these things support aviation.”

Ken Alexander of the FAA, who is the designated federal official on SC-159, pointed out that ICAO’s request was focused on future receivers, not existing ones. The ensuing discussion suggested, however, that should the committee agree to work on new standards, it would at least look at extending them to existing receivers.

The committee decided to draft a letter to ICAO acknowledging the request and saying it would respond more fully after its next meeting in March.