GPS Watch Finishes Back in the Pack at Boston Marathon - Inside GNSS - Global Navigation Satellite Systems Engineering, Policy, and Design 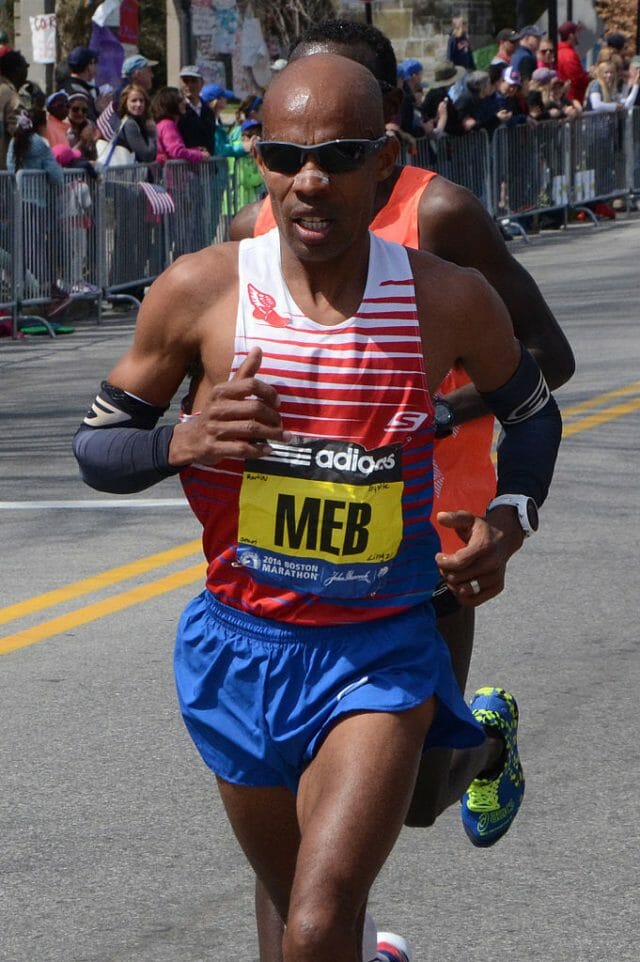 “Wearable” sensors, the Internet of Things, and GNSS didn’t achieve as high a profile as they might have in the 2015 Boston Marathon held Monday (April 20, 2015). That’s because last year’s winner, Meb Keflezighi, finished eighth behind Ethiopia’s Lelisa Desisa and well off the former’s winning 2014 pace of 2:08:37.


“Wearable” sensors, the Internet of Things, and GNSS didn’t achieve as high a profile as they might have in the 2015 Boston Marathon held Monday (April 20, 2015). That’s because last year’s winner, Meb Keflezighi, finished eighth behind Ethiopia’s Lelisa Desisa and well off the former’s winning 2014 pace of 2:08:37.

Keflezighi recently made a high-profile switch in GPS-enabled running watches (and associated endorsements), trading in his Garmin Forerunner 620 for Epson’s new Runsense GPS. Photos of Desisa crossing the finish line showed his arms bare of devices, but his victory moves him to the front of the line when the next round of GNSS-enabled chronometers go looking for athlete advocates.

Japanese manufacturer Epson, which designs and manufacturers its own line of GPS chips, is one of the most recent entries into an electronic wearables marketplace touting sensor fusion on a wrist or other body parts. In a digital battle of the brands, companies offering GPS-enabled sports watches range from those with GNSS backgrounds such as Garmin, Epson, and TomTom to watchmakers (Suunto, Timex, etc.) to Danish startup Leikr and Internet mogul Google Inc. (with its Android Wear product line).

GNSS chips are just one in a crowd of sensors packed into devices that routinely include inertial technology, physical monitors, RF communications, Internet connectivity, and so on. The Runsense SF-810 sported by Keflezighi reportedly provides up to 35 different measurements, including recording heart rate directly from the wrist without a chest strap, time elapsed, distance, pace, laps, intervals, speed, and calories burned.

Perhaps somewhat strangely, the much-ballyhooed Apple Watch launched today (April 24, 2015) incorporates a heart monitor and accelerometer but not a GPS. Instead, it relies on an in-house tie-in, using the GPS an iPhone to help measure and display GPS data such as distance traveled and pace.

Wearables may represent the current apex of efforts to improve size, weight, and power (SWAP) characteristics in consumer products. The Runsense SF-810, for instance, weights just under two ounces (58 grams) and provides a 20-hour battery life with the heart rate monitor operating, according to Epson.

Despite high-powered marketing efforts to portray smart watches as the end-all and be-all of athletic training and physical fitness, their actual role in achieving world-record performance levels may be something less than advertised.

Keflezighi dutifully hailed Epson’s Runsense as “the ideal product for keeping me on track with real-time data on my pace, heart rate, and distance," according to the company’s pre-marathon press release. "It has been a tremendous training tool, and has helped ensure that I’m getting the most out of my workouts."

He continued, "Winning the Boston Marathon last year was the most significant victory of my career. I look forward to competing again this year, and having Runsense with me during the race."

However, Keflezighi’s comments in a Runners World magazine article about his marathon training regimen published shortly after his 2014 victory, may have come closer to reality. “I periodically look at it [Garmin, but I go on how I feel,” he says. “I know I’m doing the training, but it’s not like I’m precise.”

Incidentally, the Garmin Forerunner 620 watch that he wore during his historic Boston Marathon win reportedly uses a Mediatek chip, which had replaced the SiRFstarIV chip of earlier models.