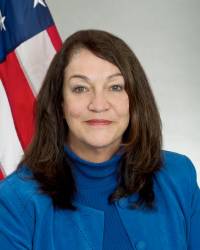 With just more than four months to go in the 2013 fiscal year, sequestration and furloughs are taking a bite out of key research and the work of the National Coordination Office (NCO) for Space-Based Positioning, Navigation, and Timing (PNT) — the government nexus for GPS-related policy matters.

The NCO is an interagency organization, explained its director, Jan Brecht-Clark in an emailed response; so, “each individual staff member is subject to furloughs implemented by their home agency as a result of sequestration.”

With just more than four months to go in the 2013 fiscal year, sequestration and furloughs are taking a bite out of key research and the work of the National Coordination Office (NCO) for Space-Based Positioning, Navigation, and Timing (PNT) — the government nexus for GPS-related policy matters.

The NCO is an interagency organization, explained its director, Jan Brecht-Clark in an emailed response; so, “each individual staff member is subject to furloughs implemented by their home agency as a result of sequestration.”

The furloughs are already hitting her office, she told Inside GNSS, “and the future could bring additional impacts as agencies make hard choices due to Sequestration and other budget cuts in the remaining months of the fiscal year.”

Among the projects already bogged down by money problems is a critical study sponsored by the Department of Transportation to research potential solutions to a key NCO issue — signal interference.

The GPS Spectrum Protection (Adjacent Band Compatibility Assessment) would look at setting interference standards — that is, determining in advance what levels of interference users in a band could tolerate as a way of setting practical guideposts for potential applications in nearby bands. Although there is $1 million requested for the research next year, the work is currently stalled due to FY13 money problems. It was supposed to be under way already.

Potentially more problematic is a 50 percent cut in the FY14 request for money to pay for the parts of the GPS program needed specifically by the civil community.

The Obama Administration has asked for just $20 million for GPS Civil Requirements next year — half of what was requested in FY13. The line item, which is part of the Federal Aviation Administration’s (FAA’s) budget, is slightly more than the $19 million that Congress finally agreed to last year after slashing the original $40 million request.

The upfront cut salts a funding wound that has been bleeding the GPS program for several years. The FAA was estimated last summer to already be behind by $55 million in its $235 million commitment to the GPS program, a promise that has been made all the more important by sequestration reductions and other cuts to Pentagon programs.

Much of the civil money goes to support OCX, the new ground system that is being developed, and sources have suggested that the cut could further delay the program — though it has been unclear exactly what effect past funding delays have had.

PNT NCO Braces for Cuts
No doubt exists, however, that the budget cut will further hurt the NCO that, while small, plays an essential role in protecting the GPS signal and integrating the needs and efforts of the various federal agencies that support and use the system. The office gets a significant part of its funding from the FAA civil contribution.

“We don’t know the impact as yet,” said Brecht-Clark, “we just know there is going to be some impact.”

“The $20M request and the possible areas of impact have, as you would expect, been a topic of discussion, mainly between our DoT [Department of Transportation] and DoD [Department of Defense] partners,” she said in a later email.

“This will likely be an ongoing point of discussion until final budgets and spending plans are set, with iterative analyses of how this figure, combined with DoD budget cuts, might impact the GPS program,” she added. “We’re tracking the discussions as closely as we can but without final values nothing definitive has been outlined.”

Unfortunately the chances for finding more money for civil funding may have been diminished by efforts to keep planes flying on time. Legislation passed by Congress to ease widespread flight delays triggered by automatic spending cuts gave the FAA the latitude to restore the work schedules of furloughed FAA workers — but it didn’t give the agency any more money.

The Reducing Flight Delays Act of 2013, which Congress passed in a rush after airport screening and flight hang-ups infuriated their constituents, permits the transfer of up to $235 million from the grants-in-aid for airports fund or any other FAA account.

Historically, the FAA has been a reluctant funding source for GPS and slow to defend the civil contribution from cuts. The chances seem slim that, in the current budget environment, the FAA will strive to find the money to put the promised funding back on schedule.

And Now, Some Good News
Fortunately the other GPS-related programs that FAA supports have fared better in the FY14 request.

The White House requested $109 million for the Wide Area Augmentation System (WAAS), an increase from the $95 million agreed upon by Congress for FY13. If approved, the money will support geosynchronous satellite lease payments, provide GPS augmentation, pay for design work to support the new L5 signal and fund the upgrade of routers and software.

The FY14 request for the Ground Based Augmentation Systems (GBAS) is $2.5 million, a slight drop from the $3 million requested a year earlier. The Alternative Positioning, Navigation, and Timing (APNT) program also saw a slight drop to $3.5 million from the previous year’s request of $4 million. The parent account for these two programs had its 2013 monies cut and it is not yet clear where they stand.

The Coast Guard and the FAA’s Research and Innovative Technology Administration are in the process of analyzing NDGPS, looking at current and future needs and what alternatives there might be should NDGPS cease to be available. Comments are due by July 15, and the results will be used to support investment decisions for fiscal year 2016 and beyond.

One program that got a real boost is the FAA’s unmanned system research. The agency has been tasked with integrating unmanned aircraft into the National Airspace System and is currently working to select six locations across the country for new test sites for unmanned aerial systems.

The president more than doubled the money earmarked for this effort, bumping the funding request for FY14 to $7.5 million from the $3.5 million granted under the continuing resolution in place at the time the budget was written. Work is planned on sense-and-avoid systems as well as safety criteria and oversight efforts.