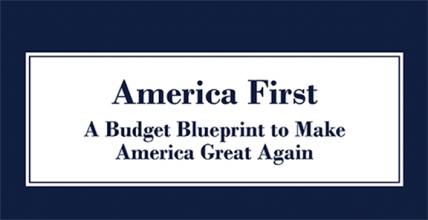 With two federal budgets in play simultaneously, defense spending increases being proposed from multiple directions and a looming government shutdown it’s easy to lose track of where things stand with GPS funding.

With two federal budgets in play simultaneously, defense spending increases being proposed from multiple directions and a looming government shutdown it’s easy to lose track of where things stand with GPS funding.

The immediate priority for congressional appropriators is to get their 2017 budget bills passed and signed before April 28, the expiration date of the continuing resolution presently keeping federal offices funded and open. The House passed a new Defense budget bill (HR 1301) on March 8 and sent it to the Senate. Though it was not clear as of press time when the Senate would take up the measure, the two houses have been coordinating on the revised bill so it should not be controversial.

"It’s essentially the conference report, the conference version of the House and the Senate positions," said Mike Tierney, a senior consultant with Jacques and Associates, a consulting firm that specializes in defense, space/intelligence, homeland security and related industries.

Under that agreement lawmakers fully funded the GPS program — in fact they gave it a boost. The request of $34.1 million for GPS III satellites procurement was granted in full while GPS III development was bumped up by $30 million to $171.9 million.

Despite their anger over cost overruns, lawmakers also agreed to fully fund the Next Generation Operational Control System (OCX). That program and the GPS Enterprise Integrator received $393.3 million. The development work on Military GPS User Equipment (MGUE) was fully funded at $309 million. This appears to be a bit more than requested, but Congress did some bookkeeping cleanup, moving a little more than $30 million from other budget line items that contained MGUE monies into the MGUE line item.

Though agreement has been reached on defense spending, that is one of the few things actually decided at this point. As of press time the rest of the appropriations numbers had reportedly not been worked out. With Congress out for two weeks in the middle of April there is little time to hammer out deals and prevent another government shutdown.

Raising the stakes still further, Sen. John McCain, R-Ariz., chairman of the Senate Committee on Armed Services, told CNN March 29 he would back a government shutdown rather than vote for another continuing resolution (CR). A CR would most likely extend funding at present levels, which would be lower than many lawmakers want to see for defense.

"If that’s the only option I will not vote for a CR no matter what the consequences because passing a CR destroys the ability of the military to defend this nation, and it puts the lives of the men and women in the military at risk," McCain said. "I can’t do that to them."

To make the deadline, Sen. Roy Blunt, R-Mo., a senior appropriator, told reporters that they might have to take the FY17 Defense bill and "put the FY17 ‘everything else’ on top of that,” according to Bloomberg. He also said that it would be necessary to address separately the supplemental defense spending President Trump is seeking. Trump wants $30 million more for the Pentagon and $3 million for the wall between the United States and Mexico that he promised supporters.

Senate Majority Leader Mitch McConnell, R-Ky., told reporters March 28 that there was "no desire" for another CR to keep the government going.

Senate Appropriations Committee Chairman Thad Cochran, R-Miss., agreed, according to Bloomberg. “We should reconcile our differences.”

Fiscal Year 2018
Despite the near-term uncertainty, the jockeying is well underway to set priorities in fiscal year 2018 (FY18). Again, GPS looks well placed to weather any budget storms even if only because increased spending means it won’t likely be pressured by shortfalls among other Pentagon programs that need transfusions of cash.

On March 16, the Trump Administration released a budget framework — that is its “skinny budget” — which outlines the approach the president is expected to take in his full fiscal year 2018 budget request, expected in May.

In America First: A Budget Blueprint to Make America Great Again, Trump made clear he wants a plus-up for the Defense Department over the current FY18 plan, for a total DoD base budget of $603 billion, and expects to make offsetting cuts in civil agencies.

While the proposed cuts to the Environmental Protection Agency, the Departments of State and Health and Human Services, and a host of other agencies and programs have triggered furious opposition, there is no question there is support in Congress for additional defense spending.

McCain issued a paper proposing boosting the Defense Department’s base budget to $640 billion in FY18 plus four percent growth thereafter. That amount was needed "to sustain an actual build-up of the military," McCain wrote in a paper entitled Restoring American Power. "That would amount to a total of $430 billion over the next five years in additional defense spending above President Obama’s current plan."

The senator also said that money needs to be spent in such that it gives the United States "the right mix of capabilities" including less advanced systems for fighting terrorists in permissive environments and more capable technologies — including space systems — for arenas where "nation-state rivals can increasingly counter our military’s ability to project power."

"The Department of Defense has finally awoken to the reality that we must invest in the next generation of space capabilities, and recent budgets have begun to arrest the decline in those investments," wrote McCain. "Over the next five years, space must be a priority for additional funding to ensure that the United States maintains its space superiority and has the capabilities and capacity to deter and defend our critical space assets in future conflicts."

Rep. William M. “Mac” Thornberry, R-Texas, the chairman of the House Committee on Armed Services, is also calling for a $640 billion DoD base budget next year, which says a lot about where the final Defense Department budget will likely end up.

In a March 3 letter to Rep. Diane Black, the chair of the House Budget Committee, Thornberry noted that potential adversaries had taken "significant steps in developing counter space capabilities" that could put U.S. space assets at risk, including the Global Positioning System (GPS).

"Delayed investments will put us further behind in the face of a growing threat," he said, "which is already outpacing our space defense capabilities, as well as further weaken a unique and critical industrial base."