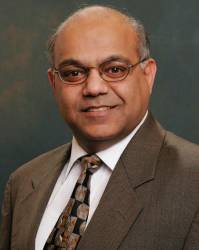 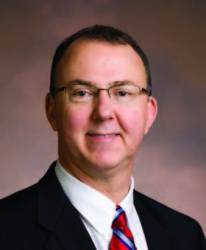 Many consumers take the antenna for granted because it is an almost invisible, intrinsic part of receiver design. Mass- market receivers typically have built-in antennas offering no choice for buyers even if they were interested. And some GNSS antennas may simply be one among several RF systems that the component accommodates — part of a mix that includes non-GNSS RF signals such as GSM or WiFi as well.

Even professional and commercial users have gotten used to only having two frequencies to worry about when acquiring GNSS receivers.

But this situation is changing.

Interference and multipath, which have long posed problems for uninterrupted, accurate GNSS positioning, can only increase with crowding in the RF spectrum and efforts to expand the area of receiver operation into signal-challenged environments such as urban areas or inside buildings. Further, as more GNSS signals appear at more varied frequencies, antennas are becoming a larger factor for product designers and many users, too.

To learn more about GNSS antennas, we turned to Dr. Chris Bartone, a professor at Ohio University’s Russ College of Engineering and Technology and president of the consultancy, GNSS Solutions Ltd.

BARTONE: As existing GNSSs are modernized and new GNSSs become available, antenna and receiver designs need to incorporate these in order to take advantage of the benefits they offer. Satisfactory performance must be provided over a larger number of frequencies and wider bandwidth to support a variety of applications.

For example, multi-GNSS antennas that support L1/E1 with satellite-based augmentation systems such as (e.g., WAAS, EGNOS, MSAS) need operate in a relatively narrow band (C/A or C-code) about the L1/E1 carrier (1575.42MHz) frequency. Adding GLONASS (L1 legacy or modernized) increases the bandwidth slightly wider but can still be supported with patch type antenna technology, albeit the antenna will likely become slightly larger. For consumer type applications, this would be similar to today’s small single-patch type antenna.

For GNSS systems that want to take advantage of newer signals, but still in a dual-frequency architecture (e.g., L1/E1 and L5/E5, or L1/E1 and L2), these antenna designs can be supported with traditional dual-frequency patch type antenna designs. New challenges will arise when the full E5 band (E5a and E5b) needs to be supported to provide high-performance safety-of-life (e.g., aviation) applications. The wide bandwidths to support the full E5 band will cause the height of dual-frequency patch antennas to increase, which in the aviation domain today are limited to 0.75 inches by the ARINC 743 specification.

Other general-purpose or specific geodetic and surveying applications that want to take full advantage of all GNSS signals available may require a more broadband design approach, including use of spiral-type antennas that are becoming more commonplace.

This type of GNSS antenna usually has a much broader frequency response than single-, dual-, or even triple-frequency resonance patch designs and provides good performance over a broad frequency band (e.g., 1.1 to 1.7GHz). Spiral antennas are typically planar in design and often require back-side signal suppression (e.g., cavity-backing) and have some height associated with them.

IGM: What are the key metrics for assessing the efficiency/efficacy of GNSS antenna performance?

At the component level, antenna design engineers are initially concerned with the input impedance, standing wave ratio, and reflection coefficient versus frequency. Once satisfactory performance is achieved on these fronts, the radiations characteristics (i.e., pattern) in 2D and 3D space are characterized at the desired frequencies intended for use.

System-level characterization of a GNSS antenna involves the use of the antenna with the GNSS receiver and most often involves characterizing their performance in an operational environment with live GNSS satellite signals. The signal carrier-to-noise ratio, pseudorange residuals, carrier phase residuals, code-minus-carrier residuals, and user domain solution errors can all be used to assess the overall performance of the GNSS antenna/receiver system.

Characterization of the carrier phase and code phase variations with respect to the antenna reference point (ARP), a physical point on or at the base of the antenna may take place at the component or system level.

IGM: What are the advantages/disadvantages of active antennas versus passive antennas in overall GNSS receiver design?

BARTONE: Active GNSS antennas provide several advantages to GNSS users that come along with a few restrictions for their use. Active GNSS antennas are typically integrated and/or hermetically sealed units that contain active amplifiers and filters to boost and filter the GNSS signal spectrum before it is passed to the GNSS receiver for processing. (A few will down-convert the signal and present the GNSS spectrum at an intermediate frequency to the GNSS receiver for processing.)

However, for high-performance applications the gain of the GNSS antenna should be matched with the GNSS receiver so that the optimum dynamic range can be provided. Most GNSS receivers will require some gain (e.g., 10 decibels) in the antenna (be it active or passive with a separate amplifier). An advantage of an integrated active GNSS antenna is the potential for an overall lower receiver noise figure as passive loss between the antenna elements and the first active device will be minimal.

One disadvantage of an integrated active GNSS antenna is the inability to easily tap into the antenna terminals directly after the antenna elements to test and characterize the antenna itself. As a result, testing the antenna must be done at the RF connector, where the net effects from all the components in the signal path will likely appear, including the antenna elements, amplifier(s), filters(s), etc. (Active antennas are typically powered via the GNSS receiver where the direct current is passed up the RF cable and power-regulated within the antenna.)

Passive GNSS antennas have added flexibility for test and applications because separate components such as filters, amplifiers, bias-T’s, etc., can be added after the antenna. To help minimize the noise figure of the overall GNSS antenna/receiver system, the first active amplifier device, of high gain and low noise figure itself, should still be placed as close a possible to the antenna output port.