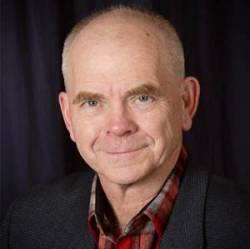 Editor’s Note: On November 19, Senator Roger Wicker (R-Mississippi), a member of the Senate Armed Services Committee, filed an amendment (No. 2185) to the FY 2014 National Defense Authorization Act (S. 1197),
Section 1082, that would limit the construction of satellite
positioning ground monitoring stations controlled by any foreign
government on U.S. soil. Such construction would require certification

Editor’s Note: On November 19, Senator Roger Wicker (R-Mississippi), a member of the Senate Armed Services Committee, filed an amendment (No. 2185) to the FY 2014 National Defense Authorization Act (S. 1197),
Section 1082, that would limit the construction of satellite
positioning ground monitoring stations controlled by any foreign
government on U.S. soil. Such construction would require certification
by the Secretary of defense and director of national intelligence that
the stations could not be used to gather intelligence or improve foreign
weapons systems.

Haven’t we gotten past this yet? Are we still hiding under our school desks in fear of nuclear destruction at the hands of a Soviet Union, gone these 20 years?

The Red Menace in this case is Russia’s request to establish GLONASS monitoring stations in U.S. territory, presently being discussed by the State Department and Russian counterparts.

First, note the brand dominance of GPS. The name GLONASS doesn’t appear until deep in the Times’ article and, while the text alludes to the European and Chinese counterparts, Galileo and BeiDou go unnamed.

Yes, another space race won long ago by the USA.

As the U.S. defense budget exceeds that of other nations, so does the acceptance and integration of GPS into the world’s products and awareness lead that of the other three systems. As does the U.S. engineering and design expertise on which competitive advantage — in military, commercial, and civil spheres — will be sustained into the foreseeable future.

The fears of espionage are being stirred by the usual suspects, the CIA and the Pentagon, with a House Armed Services Committee egging them on. That, of course, is part of those agencies’ charters, which mandate quite reasonable functions on behalf of the national interest.

Except, of course, when they get it wrong, which, the Times’ reportage suggested to me, they have.

And we need to get it right, because the consequences will help or hinder U.S. users and businesses even more than Russian ones. Further, we can expect similar requests from China and conceivably other GNSS or regional satnav operators; so, the response and outcome of the talks over GLONASS will be the model for later conversations.

Yes, Russia under Vladimir Putin appears to be slipping into authoritarian autocracy — a thorny domestic situation for the Russians to sort out. But the pressing GNSS question is one of international relations, especially in light of the UN-sponsored International Committee on GNSS (ICG) efforts to promote interoperability among service providers.

But let’s not lose focus.

The real GNSS danger from Russia is protectionism, not espionage, and certainly not manufacturing competition. The Putin administration is pushing hard for mandatory equipage of GLONASS on aircraft operating in Russian airspace, user equipment, and even smartphones.

Moreover, GNSS satellites’ orbital locations are not a mystery. The International GNSS Service (IGS) offers a Real-Time Service, supported by 160 monitoring sites (including U.S. reference stations), multiple data centers, and 10 analysis centers around the world. The service includes GLONASS ephemerides on an experimental basis, which will become fully operational at the end of this year. Other GNSS constellations will be added as they become available.

Of course, accessing IGS data intended for high-precision users is not the same as operating one’s own GNSS tracking, telemetry, and control system.

Even if GLONASS monitoring sites pose a potential risk, there are terms and conditions that can be negotiated — location, equipage, staffing, access. There are reciprocal benefits that can be extracted — GPS monitoring stations in Russia (if desired), harmonization of CDMA signal designs, a rollback of Russian protectionist policies on GNSS. There are well-established inspection regimes for much tougher problems than passive GLONASS tracking stations — chemical and biological weapons, nuclear missiles, smuggling.

With current GLONASS positioning accuracy at around five meters, the blast zone of a 300-kiloton RS-24 Yars missile will not be substantially enhanced by any improvement that monitoring sites on U.S. soil might provide. But a one- or two-meter improvement in real-time GLONASS accuracy could make its application to advanced driver assistance systems or location-based services significantly better — to the benefit of U.S. users and businesses, as well as those in Russia and around the world.