The legal and regulatory framework of the Russian Federation covers not only the GLONASS system, but the country’s overall positioning, navigation and timing (PNT) system as well.

The term PNT is a synonym for navigation activities as defined in the Federal Law on Navigation Activities. The PNT system in the Russian Federation is defined as the combination of administrative and technical means that provide spatial and time data to all user groups, with GLONASS as a key element. 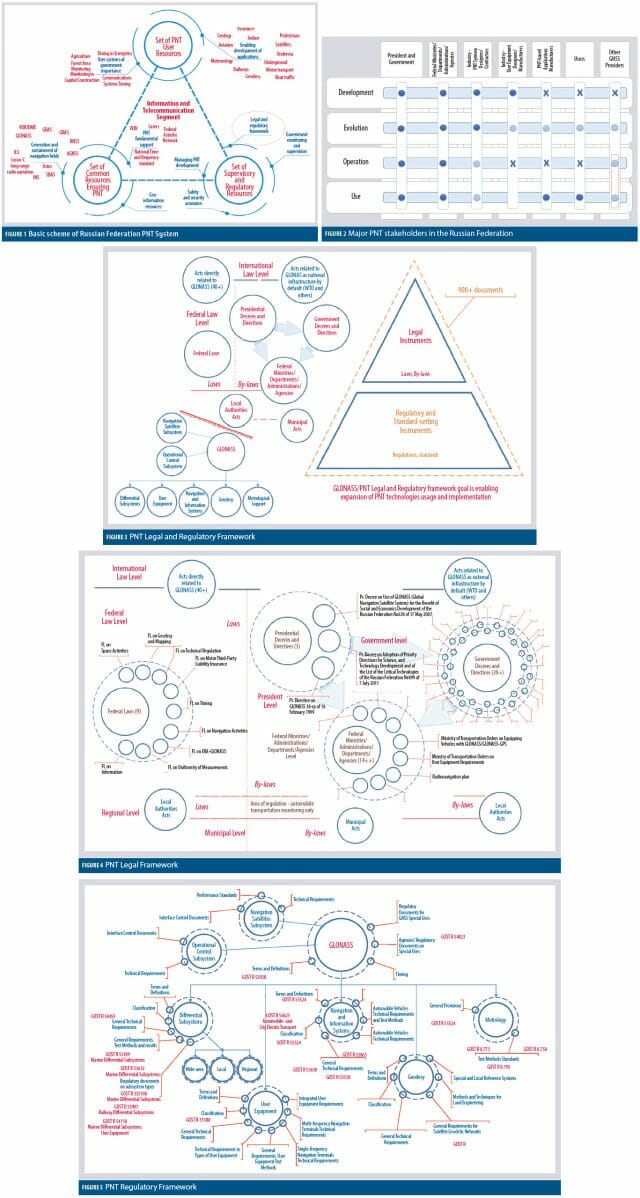 Figure 1 (see inset photo, above right, for all figures) shows a basic scheme of the Russian PNT system. It consists of four main elements:

The figure provides only a general overview of the governance structures. Full involvement of a certain stakeholder in a certain lifecycle aspect is shown by blue circles, light blue is used where the involvement is partial, and a cross is used in case of no involvement.

The legal framework in Russia deals with subject-to-subject relationships and the regulatory framework, subject-to-object relationships. In simplified terms, “subject” means individuals or communities of any kind, and “object” means physical things such as technical equipment and systems. However, titles of laws or regulations do not always properly reflect this; so, there are legal acts with substantial regulatory (technical) elements, and vice versa.

The legal framework includes relevant international law, all levels of federal law (including residential and governmental decrees and directives, as well as FEA bylaws and acts of regional authorities, down to municipal ordinances.

Legal Framework
Figure 4 provides a more detailed scheme of the legal framework in the Russian Federation.

International legal instruments to which Russia is party are at the highest level. These can be divided into the more than 40 instruments that involve GLONASS directly and those involving it indirectly, such as World Trade Organization (WTO) agreements. The second is the federal level and includes laws and bylaws. Presidential and governmental decrees and directives, as well as FEA acts, belong to this category.

The third level encompasses acts on regional level, again including laws and bylaws. This level is mainly focused on road transport monitoring and infrastructure, especially for governmental users. Finally, there is the level of municipal bylaws.

Of course, a broad range of strategic or programmatic documents also exist, such as development programs, strategies, or concepts issued by various executive authorities. These do not form part of the legal and regulatory framework although they may strongly determine its further development. Frequently, they also contain so-called “rules and principles” of a regulatory nature. Around 80 such relevant strategic or planning documents deal with PNT. PNT-related legal and regulatory instruments exist on all of the previously described levels and include instruments of all types. In most cases — about 60 percent — these cover PNT along with other issues.

Those fully devoted to PNT exist mainly on the regional or municipal levels; less than 20 percent are found on the federal level. As GLONASS and other PNT systems and services are mainly used in the transport sector, the most active stakeholder is the Ministry of Transport, which has responsibility for around 9 percent of all relevant instruments.

The most important legal instruments affecting the use and operation of GLONASS or PNT in general include the following:

Regulatory Framework
Figure 5 shows a more detailed scheme of the regulatory framework, which, as mentioned earlier, mainly deals with the GLONASS system.

Other elements of the Russian PNT system are also defined by sets of regulatory acts.

Generally, all the aforementioned sets of acts fully cover all needs of the various PNT users. However, two groups of problems have been identified in the legal and regulatory framework and are now being addressed by relevant stakeholders.

Collisions in the Legal and Regulatory Framework
Of these groups of problematic areas, one group exists on the national and the other on the international level.

National level issues include the following:

In order to support GLONASS use, federal authorities and organizations within their jurisdiction are mandated to use GLONASS- and GLONASS/GPS-based user equipment. For regional and local authorities, use of GLONASS- and GLONASS/GPS-based user equipment is recommended but not mandatory. Such measures promoting the use of the specified GNSS systems are not without criticism, especially with regard to market- access rules under the WTO agreements. The matter of market access is subject to exchanges within the International Committee on GNSS (ICG) Providers Forum.

Way Forward
These problematic issues on the national level can be addressed by a systematization and harmonization of existing acts, namely by overarching acts called “codes” in Russian legal practice.

One key element could be a future federal law currently entitled the “Navigation Code.” Such a code would cover all different PNT elements and activities.

Under the Russian legal system, a code is part of federal law. However, compared to other federal laws, a code is designed to have a long continuity, consolidated nature, considerable volume, and complicated structure Currently, the navigation code is widely discussed within the legal, administrative and scientific communities in the Russian Federation. If adopted, it would become the basis for a more harmonized legal and regulatory framework in the Russian Federation.

In addition, a roadmap for the further development of the PNT legal and regulatory framework is currently under preparation. It will include three main documents:

These documents are mainly aiming to support the development and adoption procedures for the Navigation Code.

Conclusion
This article provides only a brief overview of legal and regulatory framework for PNT in the Russian Federation. The framework is highly complex. However, despite some problematic areas, it is sufficiently elaborated to allow PNT user groups to function efficiently. The framework is now developing quickly and we can expect that the problems we have discussed will be solved in the near future. A key element in this respect will be the (“potential” or “future”) navigation code currently under discussion.