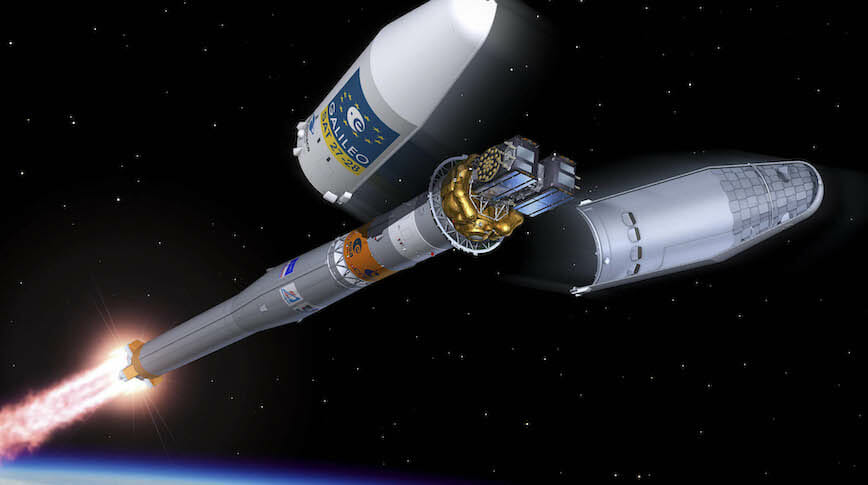 A Soyuz launcher operated by Arianespace and commissioned by ESA lifted off with the pair of 715 kg satellites from French Guiana on December 5. The two join 26 Galileo satellites in the orbiting constellation that now provide Initial Services.

The satellites will spend the coming weeks being manoeuvred into their final working orbit at 23 222 km using their onboard thrusters, at the same time as their onboard systems are gradually checked out for operational use – known as the Launch and Early Operations Phase.

ESA, tasked with designing, developing, procuring, testing, and qualifying the Galileo system and overseeing its technical evolution, recently led an upgrade of Galileo’s worldwide ground control segment. This makes it possible for the satellites’ LEOP to be run by the Galileo operator, SpaceOpal, from Galileo’s own control centre in Oberpfaffenhofen, Germany, for the first time – rather than requiring an external mission control site. The LEOP operations are being run under the responsibility of the EU Agency for the Space Programme (EUSPA).

ESA Director of Navigation Paul Verhoef comments: “Today’s liftoff marks the 11th Galileo launch of operational satellites in ten years: a decade of hard work by Europe’s Galileo partners and European industry, over the course of which Galileo was first established as a working system then began Initial Services in 2016. With these satellites we are now increasing the robustness of the constellation so that a higher level of service guarantees can be provided.”