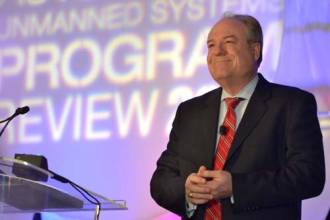 Companies hungry to offer commercial services in the United States with unmanned aircraft finally have something to chew on.

The Federal Aviation Administration (FAA) has laid out a process whereby a carefully selected set of unmanned aerial systems (UAS) may be granted an exemption to do for-pay flights before the first broad rules for U.S. flying unmanned aircraft are finalized.

Companies hungry to offer commercial services in the United States with unmanned aircraft finally have something to chew on.

The Federal Aviation Administration (FAA) has laid out a process whereby a carefully selected set of unmanned aerial systems (UAS) may be granted an exemption to do for-pay flights before the first broad rules for U.S. flying unmanned aircraft are finalized.

The FAA is using authority given to it by Congress in Section 333 of the FAA Modernization and Reform Act of 2012. That section directs the agency to determine if certain unmanned aircraft “may operate safely in the national airspace system before completion of the plan and rulemaking.” The agency will also establish rules for such flights and hardware.

Jim Williams, the head of the FAA’s UAS Integration Office told lawmakers in March that it was the agency’s intention to use the Section 333 powers. Last week, Williams told an audience at the Association for Unmanned Vehicle Systems International (AUVSI 2014) conference that the FAA is working to implement incremental UAS integration for specific, limited, low-risk uses.

Companies in four industries — precision agriculture, film making, power line and pipeline inspections, and oil and gas flare stack inspections — have already expressed interest in seeking an exemption, he told the audience. Inside GNSS has learned that firms doing photogrammetric surveys are also weighing an application.

Although the FAA is not required to approve any Section 333 applications, it expects to receive an application any day, Williams told Inside GNSS.

The agency has been under increasing pressure to ease restrictions as growing numbers of frustrated, would-be operators choose to ignore regulations. Some of those operators may have been emboldened by a National Transportation Safety Board judge’s ruling against a $10,000 fine issued by the FAA to Raphael Pirker for taking video with an unmanned aircraft. The decision, which has been appealed, called into question the regulatory basis for the fine — briefly thrilling UAS entrepreneurs.

The process to file for an exemption is described in Title 14 of the Code of Federal Regulations Chapter 1 sections 11.63 and though 11.83, the FAA told Inside GNSS in response to a query. A company submits the language for an exemption and then provides information, including technical and scientific data, supporting the proposal. Companies are also supposed to provide information such as the extent of the regulatory burden of the project on small businesses and the cost and benefits of the exemption to society.

While some of the process appears straightforward, other provisions seem less so.

For example, one paragraph tells applicants to be sure to submit a petition 120 days before the requested exemption needs to take effect. Another section says that, if the agency determines a petition justifies their taking action, they may issue a notice of proposed rulemaking (NPRM) or advance notice of proposed rulemaking (ANPRM) no later than six months after receiving the petition.

“Welcome to the government,” quipped attorney Greg Winton, who spent 10 years with the FAA and has been following the Section 333 issue. (There is no way the FAA would be able to push an exemption application through in 120 days, he noted.)

The openness of the petition process can also raise concerns about intellectual property — something would-be petitioners need to weigh as they decide whether to file for a petition, Winton said.

“If there’re trade secrets, that is something that’s got to be considered. There is only so much you can keep secret,” said Winton. “How important is it?”

Applicants also face a question of timing. Although the agency doesn’t invite comment on petitions, the rules say, if a petition is received while there is an active notice of proposed rulemaking on the same subject, the petition will be considered a comment itself and not be treated as a separate action. Whether or not the FAA would take that approach is unclear but petitioners might want to file before the FAA’s anticipated small UAS rule is published at the end of the year, suggested Winton.

Winton pointed out that, although the Section 333 exemption process is uncharted territory, the issues themselves are not entirely new.

“So, what do we do?” he continued. “We look at the model. The model is the public use aircraft being used under a certificate of authorization [COA]. Those (COAs) all have to be in writing and requested and granted. That’s where we have the outline, at least, for what the FAA has already done to say, ‘OK. You’ve proven to us that the aircraft is airworthy . . . and this operation that you are requesting, you’ve set it up in such a way that it’s safe.”