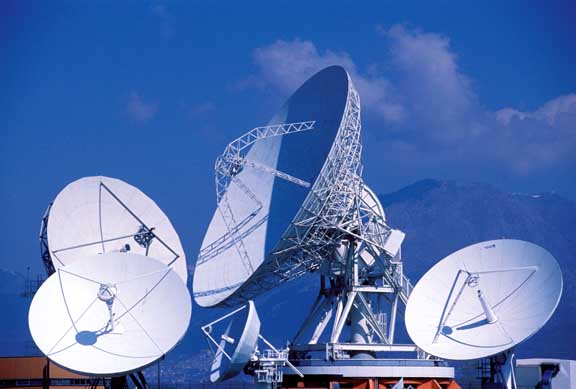 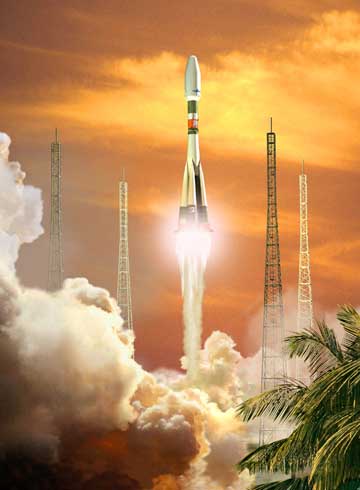 Europe’s Galileo space-based navigation system still awaits launch of its first in-orbit validation (IOV) satellites — now set for August 2011 — but the program is rolling out a steady stream of announcements of milestones reached.

Europe’s Galileo space-based navigation system still awaits launch of its first in-orbit validation (IOV) satellites — now set for August 2011 — but the program is rolling out a steady stream of announcements of milestones reached.

The Italian facility is one of two Galileo Control Centers — alongside the Galileo Operations Center at the DLR (German Space Agency) facility in Oberpfaffenhofen near Munich, Germany — to monitor and control the Galileo satellites and ground stations and provide all the information products needed to support the Galileo navigation services.

In the initial phase, the Oberpfaffenhofen center will have charge of controlling the satellites in space (formally, the Ground Control Segment), while Fucino holds responsibility for the overall navigation mission. Although the two operations have separate responsibilities, they are fully redundant, meaning that one can step in for the other in case the need arises.

Both facilities will be operated by Spaceopal, which is a 50/50 joint venture between Telespazio and Gesellschaft für Raumfahrtanwendungen (GfR) mbH, a firm set up by the German Aerospace Center (DLR) to provide operational services for the Galileo system.

Earlier in the month, officials in Sweden’s Arctic region opened one of two Galileo telemetry, tracking and command (TT&C) stations to monitor the IOV satellites and relay new commands from ground controllers at Oberpfaffenhofen and Fucino. The other TT&C station is in Kourou, French Guiana, at the ESA facility from which the satellites will be launched in pairs on modified Russian Soyuz rockets.

The TT&C stations are key elements of a global network of ground monitoring stations. A variety of technical (spacecraft, launcher, and ground segment), programmatic, and budgetary factors have delayed implementation of the full operational capability (FOC) Galileo system past its original completion date in 2008.

The IOV phase is intended to qualify the Galileo space, ground, and user equipment segments through extensive in-orbit and on-ground tests and operations. During this phase, the four IOV satellites will complement two experimental satellites (GIOVE-A and GIOVE-B) already in orbit.

On December 28, GIOVE-A marked its fifth year in space — still working well — despite having a design life of 27 months, as does GIOVE-B, launched in April 2008. GIOVE-A carries a prototype rubidium atomic clock while GIOVE-B is equipped with an ultra-precise passive hydrogen maser time and frequency unit as well as a second rubidium clock. Operational Galileo satellites will carry both clock designs.

“It is a pleasant surprise to have GIOVE-A still fully operational after 60 months in orbit,” said Valter Alpe, manager of GIOVE activities for ESA. “GIOVE-B, meanwhile, is showing no sign of problems after 33 months in space.”

The Fucino site was inaugurated by Antonio Tajani, vice-president of the EC Directorate-General for Industry and Entrepreneurship; Jean-Jacques Dordain, ESA director general; along with Italian government and industry leaders. The facility will process the collected data and generate, transmit, and distribute navigation products through uplink stations for adjusting the signals broadcast to users. The Italian center will also keep the clocks on board the individual Galileo satellites synchronized with the Galileo system time.

SSC hosts the Kiruna station at its Esrange Space Center, which serves as a satellite ground station for control and tracking and launch site for sounding rockets and long duration stratospheric balloons.

Also in December ESA and the Canadian Space Agency (CSA), signed a new cooperation agreement that will extend their 30-year-old partnership for a further 10 years, until 2020.

As an associate member of ESA, the CSA has enabled Canadian firms, such as NovAtel, to take compete for contracts in the Galileo development program.

Meanwhile, Dutch Space BV on December 13 signed two contracts valued at more than €20 million ($67 million) to build solar arrays for the 14 Galileo satellites being manufactured by a team led by OHB Technology of Germany.

Bart Reijnen, chief executive of the Leiden, Netherlands-based company, which is owned by Astrium Satellites, said that the contract was won only after “a fierce competition with other strong, global players.”