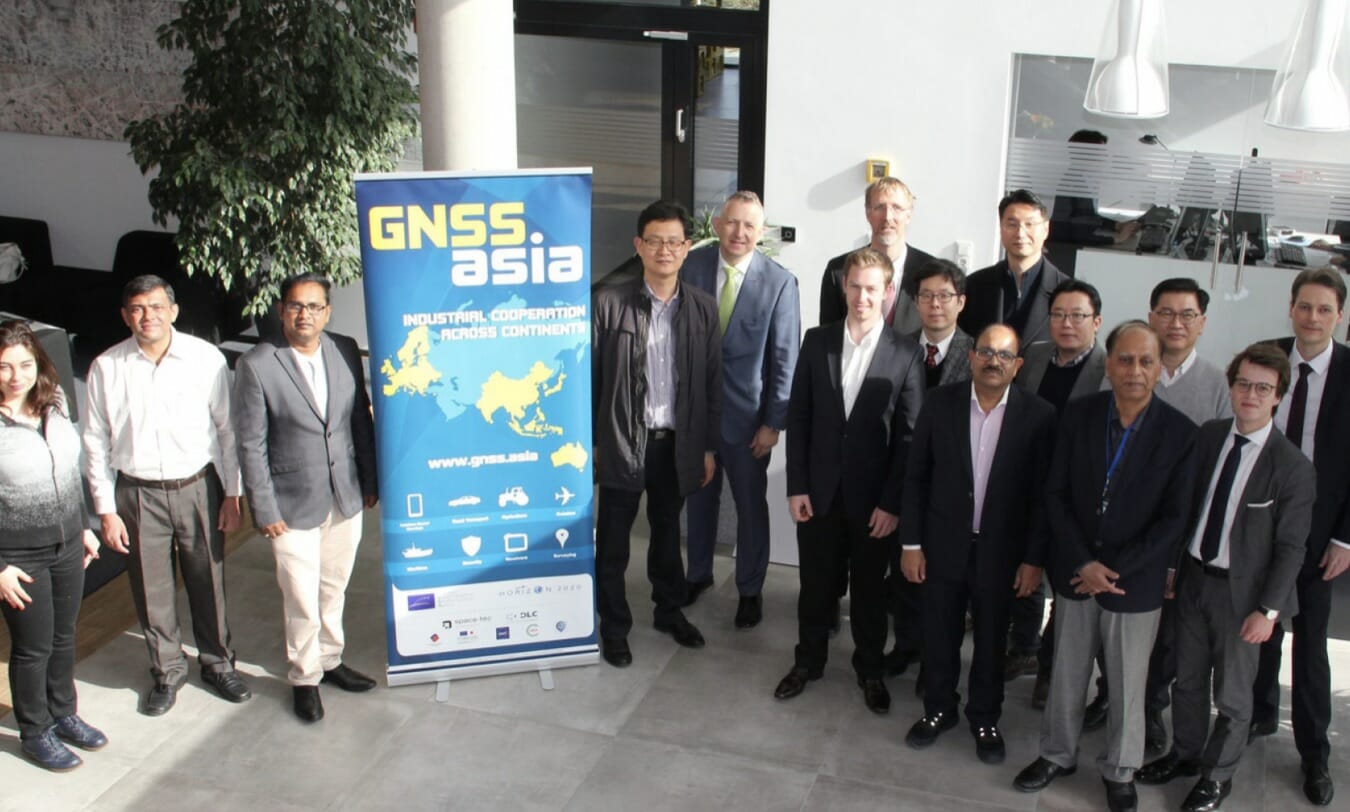 The European Union-funded GNSS.asia H2020 project hosted a major roundtable discussion around the theme of “Europe Meets India” at the recent 2019 Munich Satellite Navigation Summit. The event was aimed at promoting cooperation between the GNSS research and industrial communities in Europe and Asia-Pacific.

Speaking on behalf of the European Commission, Christoph Kautz, Deputy Head of Unit, Galileo Directorate, DG GROW, reaffirmed the EU’s commitment to partnering with India, as illustrated by the recent visit to India of Elzbieta Bienkowska, European Commissioner for Internal Market, Industry, Entrepreneurship and SMEs. Kautz also described the current operational status of the European satellite navigation programs, Galileo and EGNOS. There are now 26 Galileo satellites in orbit, 22 of which are fully operational. The constellation is set for completion by 2020, according to the European Global Navigation Satellite Systems Agency (GSA).

The keynote was delivered by Manish Saxena, Associate Director, Satellite Navigation Directorate, India Space Research Organization (ISRO). He talked about the Indian Regional Navigation Satellite System (IRNSS), also known as NavIC, which means “the sky” in Hindi. NavIC is an autonomous regional satellite navigation system that provides accurate real-time positioning and timing services. It covers India and a region extending more than 1,000 kilometers around it, with plans for further extension.

“One of our very important ultimate goals is to have NavIC available in mobile phones,” said Saxena, in an article published on the GSA website  (http://www.gsa.europa.eu). “This will open up scope for many applications in a compact form factor and a convenient interface. This initiative needs to be pursued by developers to benefit the common citizens.”

Saxena pointed out that the recently unveiled Xiaomi MI8 smartphone is NavIC-enabled.

Meanwhile, India’s GAGAN is a satellite-based augmentation system (SBAS) for the Indian airspace. Its purpose is to serve safety-of-life civil aviation applications. The system has been successfully completed and is interoperable with other international SBAS systems, such as WAAS in the U.S., Europe’s EGNOS and the Japanese MSAS. GAGAN’s footprint extends from Africa to Australia and can be expanded for seamless SBAS navigation services across regions.

One of the key challenges for GAGAN, Saxena explained, is that India falls under equatorial regions, where ionospheric scintillation effects are most pronounced and can affect signal quality. Thus, the results of research work on these effects will be of interest to the wider GNSS community.

The important topic of “downstream ecosystem dynamics” was introduced by Martin Sunkevic, the GSA’s Market Development Officer. The GSA is responsible for market development and operations of Galileo and EGNOS. It publishes the GNSS Market Report and the GNSS User Technology Report, each of which presents trends and forecasting in their respective subject areas.

Among its other tasks, the GSA also supports research towards the development of new GNSS receivers and applications, and the creation of new business. “What’s really important for us right now is to create synergies with other space data,” said Sunkevic, “and to bring the GNSS industrial and research communities together to identify new downstream applications.”

Next to speak was SV Satish, Executive Director of Air Traffic Management for India’s Airport Authority. He discussed a range of new applications being made possible by the NavIC system, including helping fisherman to identify fishing zone boundaries, and for receiving targeted weather alerts. “There are various downstream applications that we can imagine for the common public,” Satish said. “This is a huge market. It will change agriculture. All application developers should be looking at this; India is a vast country, with oceans and mountains. So we have the marine field. There are definitely opportunities all over the place.”

More background on the European GNSS initiatives was provided by Thierry Racaud, CEO of the EGNOS Satellite Service Provider (ESSP). ”Our main mission is to act as the EGNOS service provider. The EGNOS contract is funded by the EU and managed through the GSA, and it gives us a clear mandate to help foster the use of satellite navigation within Europe and particularly in the domain of aviation,” he said.

Industry Stepping Forward
The GNSS.asia initiative brings together European and Asian GNSS and industrial communities with the aim of forming partnerships. European industry took the spotlight, in the persons of Philippe Badia, Business Development officer at Syntony; Alexander Rügamer, Group Leader at Fraunhofer IIS; Luis Serrano, Technical Marketing Manager at STMicroelectronics; and Petr Bares, CEO of Iguassu Software. Each of them delivered a brief pitch, explaining what their companies can do in the field of GNSS, and specifically what kinds of things they can offer in terms of cooperation with India and other Asian partners.

Also joining the “Europe meets India” roundtable event was Sanguk Lee of ETRI, based in Korea. ETRI is a global IT research institute that has been making an immense effort to stimulate growth in Korea in the field of IT. Indeed, Korea is the latest member of the international GNSS club, having just recently launched the new KPS (Korean Positioning System) program. Meanwhile, the EU-Korea Galileo Agreement has been in place since 2006. The Agreement provides for co-operative activities in the areas of scientific research and training, industrial cooperation, trade and market development, standards, certification and regulatory measures, regional and local augmentations, according to the GSA.

Lee presented the EU-funded STRIKE3 project, whose overall objective is to develop and validate new international standards for the monitoring, reporting and testing of GNSS threats. “We have particular problems in South Korea with hostile jamming and other issues,” said Lee. “International standards require international collaboration and international agreement. Moreover, such an ambitious task is only possible by bringing together existing organizations and technologies.”

For more details on the STRIKE3 project, read this GNSS Solutions column.

Supporting India
Closing remarks were delivered by Matthias Petschke, European Commission Director of European GNSS Programmes. “We see a huge potential and a very vibrant start-up scene in India,” he said. “The visit of Commissioner Bienkowska to India resulted in, among many other things, a new joint bilateral GNSS working group, which is very significant. So this is just the start of our bilateral relations and we look forward to our future cooperation.”

The EU-India exchange didn’t end there. The Indian delegation of course attended the Munich Satellite Navigation Summit, which opened in the same venue just after the “Europe Meets India” event ended and they also enjoyed industrial visits and Bavarian-style networking across the region on subsequent days.