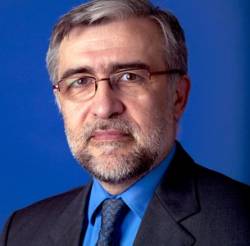 Speaking privately at the recent European Union (EU) Space Conference in Brussels, one individual said, “Relations between the European Commission (EC) and the European Space Agency (ESA) are worse than ever."

That would be very bad indeed, given the two bodies’ history of knocking heads.

And what’s at the center of this new rift? “It’s about power,” said this source, who would know.

Speaking privately at the recent European Union (EU) Space Conference in Brussels, one individual said, “Relations between the European Commission (EC) and the European Space Agency (ESA) are worse than ever."

That would be very bad indeed, given the two bodies’ history of knocking heads.

And what’s at the center of this new rift? “It’s about power,” said this source, who would know.

The comment did seem to shed light on some of the debate going on at the recent conference. One session is particular, on “space governance,” just felt wrong. It was obvious from the outset that the real issue was governance “problems.”

Marcello Ricottilli of the Italian Space Agency, for example, said, “There are no recipes for solving the governance problems facing the Commission and ESA. We need pragmatic, not ideological solutions,” presumably implying someone is not being pragmatic. He didn’t say whom.

Didier Faivre, director of ESA’s Galileo Program and Navigation-Related Activities, appeared to defend the commission’s position as program “owner,” but his tone seemed anything but conciliatory.

“To have a program you need to do a program,” he bristled. “The focus has to be on service delivery, and that’s not a job for ESA.”

Exactly what ESA, the EC, and the European GNSS Agency (GSA) are each supposed to be doing seems to have been on the agenda for an inordinate amount of time (previous articles).

Back at the conference, Johann-Dietrich Wörner, chairman of the Executive Board of Germany’s space agency (DLR) couldn’t hide his impatience. He is fed up with the whole question of who is in charge of what, although that didn’t stop him from taking sides.

And here we thought Galileo governance issues had been mostly resolved, and amicably in preparation of a new “regulation” for Europe’s GNSS.

GSA head Carlo des Dorides sounded more conciliatory, citing the “indispensable competencies represented by ESA.” He then promptly went on to list all of the new competencies expected to be accorded to the GSA, once the EU GNSS Regulation is in place.

Later, in a side-street bistro in European capital, one person close to the Galileo program said, “ESA thinks the Commission is trying to create a new ‘EU Space Agency’ to replace it.” That would be the GSA.

This, of course, is irrational. Like EUMETSAT, the GSA is being groomed to take over where ESA leaves off, i.e., in this case, operational control of Galileo. ESA was never going to be the Galileo operational body.

Difficult to understand what the argument is really about then. Galileo was always going to be a learning process, with all concerned expected to play new roles.

Asked about the challenges facing the Galileo program, one insider cited real procedural problems. “For now, procurement is still too slow, where ESA is prime contractor and lead systems integrator for the first time, a role usually played by industry.”

So, there may be real and definable issues aggravating the egos. On the bright side, this would mean that the problem can be solved.

But at a café on the Place du Luxembourg, one party is still not convinced: “All that bickering — people are being told what to say by their superiors. It’s nothing more than old men playing power games.”