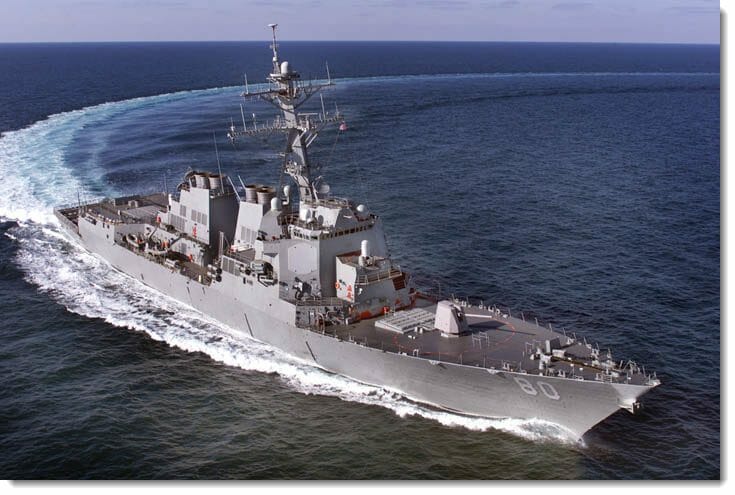 GPS/GNSS architectures, central to critical infrastructure, and its users are vulnerable to denial and manipulation by adversarial actors. To date, intentional manipulation of GNSS operations have enabled nefarious activities, to include narcotics trafficking, unapproved operation of autonomous vehicles, illegal fishing, and sea-borne piracy.

In one example, positions from a U.S. Navy destroyer USS Roosevelt (pictured above, courtesy U.S. Navy), appeared four nautical miles within Russian territorial waters near Kaliningrad. While not illegal, entry by a U.S. warship into Russian territorial waters would likely have provoked a reaction and at the very least adverse news coverage, if not a major international confrontation.

Additionally, nation-state use of GNSS jamming or spoofing systems may extend beyond the area of conflict, causing deleterious effects on civilian populations. Such activities degrade or deny critical geolocation capabilities and further introduce hazards to safety-of-life-navigation, critical infrastructure, and emergency response services.

Competitive proposals were to address as many of the following capabilities as possible. The DUI is open to considering solutions that cover a subset or the entirety of interest areas listed below.