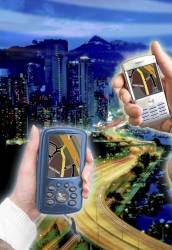 CSR plc and SiRF Technology Holdings Inc., have completed the merger between SiRF and a wholly owned subsidiary of CSR.

CSR plc and SiRF Technology Holdings Inc., have completed the merger between SiRF and a wholly owned subsidiary of CSR.

The SiRFatlasIV announcement came shortly after the U.S. Customs and Border Protection determined that SiRF GPS chips fell outside of an exclusion order issued by the U.S. International Trade Commission (ITC). The redesigned SiRF products, as well as SIRF customers’ products that contain the chips, can now be imported for sale in the United States.

Following lengthy litigation, the ITC had recently ruled that SiRF had infringed on three patents of the Broadcom Corporation — IP that Broadcom had acquired with its 2007 purchase of Global Locate.

The enlarged CSR group will have its global headquarters in Cambridge, United Kingdom, with SiRF’s headquarters in San Jose, California, becoming CSR’s U.S. headquarters. SiRF cofounder Kanwar Chadha will serve as a board member and chief marketing officer of CSR.

According to the company, the combined CSR group will be among the world’s top 10 fabless semiconductor companies, with a combined customer list that includes six of the top seven handset manufacturers, the top five personal navigation device makers, the top two automotive telematics suppliers, and other leading auto and consumer electronics providers.

According to Chadha, SiRF designed the SiRFatlasIV architecture to reduce overall system bill of materials (BOM) costs, including the integration of many high-cost peripheral functions onto the single chip, while giving customers flexibility to differentiate.