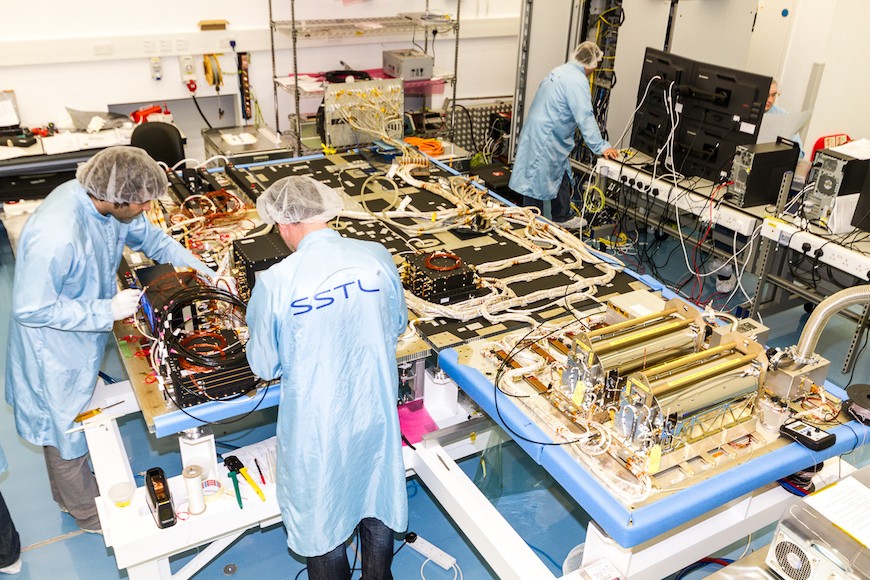 Prime Minister Boris Johnson had enthusiastically supported a proposal for a £5 billion (U.S. $ 6.1 billion) project, and indeed it would have presented a boon to British aerospace industry. But now that he is preoccupied with the coronavirus crisis, ministers in his Cabinet are moving to quash the program as unaffordable.

Britain’s space industry had been deemed a national priority and was playing a key role in Galileo before the UK was barred from the program by its Brexit move. Surrey Satellite Navigation Ltd (SSTL) manufactured the majority, the near totality, of payloads aboard Galileo satellites now aloft. But the European Union stated allowing a non-member state, which Britain now effectively is, to use its military-grade signal would endanger security. Doubtless there were economic considerations as well.

The move to build a very British satnav system had been stimulated by a report that the British economy could lose an £1 billion per day if GPS became unavailable for any reason. A 2018 study lasting 18 months and costing £92 million assessed the feasibility of a UK satellite system; it concluded that a £5 billion cost seemed realistic.  In March 2020, the project was postponed for six months as concerns grew about total costs rising further.