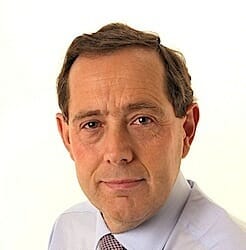 The U.S. visit of a high-level official from the British Ministry of Defense (MoD) is spurring efforts to settle a dispute over a patent that could drive up prices on satellite navigation receivers for users around the world.

The U.S. visit of a high-level official from the British Ministry of Defense (MoD) is spurring efforts to settle a dispute over a patent that could drive up prices on satellite navigation receivers for users around the world.

Inside GNSS has learned that Peter Luff, UK Minister for Defense Equipment, Support, and Technology, will meet with U.S. State Department officials on Thursday (July 19, 2012) to discuss the efforts of the MoD’s commercial arm to patent and charge royalties for use of the new common civil GNSS signal agreed on by Europe and the United States.

In advance of Luff’s visit, UK and U.S. negotiators have been exchanging information about the development of the technology at the heart of the patent fight — a signal structure called MBOC (for multiplexed binary offset carrier) that is planned for use on the GPS L1C signal and the Galileo E1 signal. Inside GNSS first reported on the low-key patent ploy in its Washington View column earlier this year.

Those who spoke to Inside GNSS suggested that negotiators were trying to reach an understanding in time for the July visit of Luff, a Conservative Party member of parliament for 20 years where he chaired the Business, Innovation and Skills Select Committee from 2005 to 2010. Although the details of the visit are unclear, several independent sources, who all spoke on condition of anonymity, indicated it had become a focal point for the discussions and hinted that an agreement might be struck at that time.

A diplomatic solution would be the easiest way to settle a matter that, sources confirm, has infuriated U.S. officials and could chill cooperative efforts between the two allies.

The dispute involves two closely related families of patents comprising numerous filings around the world. Five applications have been filed in the U.S. Patent and Trademark Office springing from the first family, which claims a priority or invention date in 2003.

One U.S. patent application from the second family has a priority date in 2006. The validity of the 2003 patent is at the heart of the dispute. The U.S. maintains that U.S representatives actually invented the technology and presented it to a joint U.S./EU technical working group, which began its efforts in 2004.

Of the five U.S. applications in the first family, the USPTO has determined that three are unpatentable. The other two are relatively new and have yet to be published.

The U.S. patent office is on the verge of issuing a patent on the 2006-family application.

Even if the USPTO denies all five of the 2003-family applications, it will not solve the problem. U.S. receiver manufacturers, which sell receivers around the world, could still be called upon to pay royalties on sales in countries where the patent was granted. Moreover, most manufactures plan to build receivers for sale in all markets that use both GPS and Galileo signals — making it important to address the issue raised by both patent families.