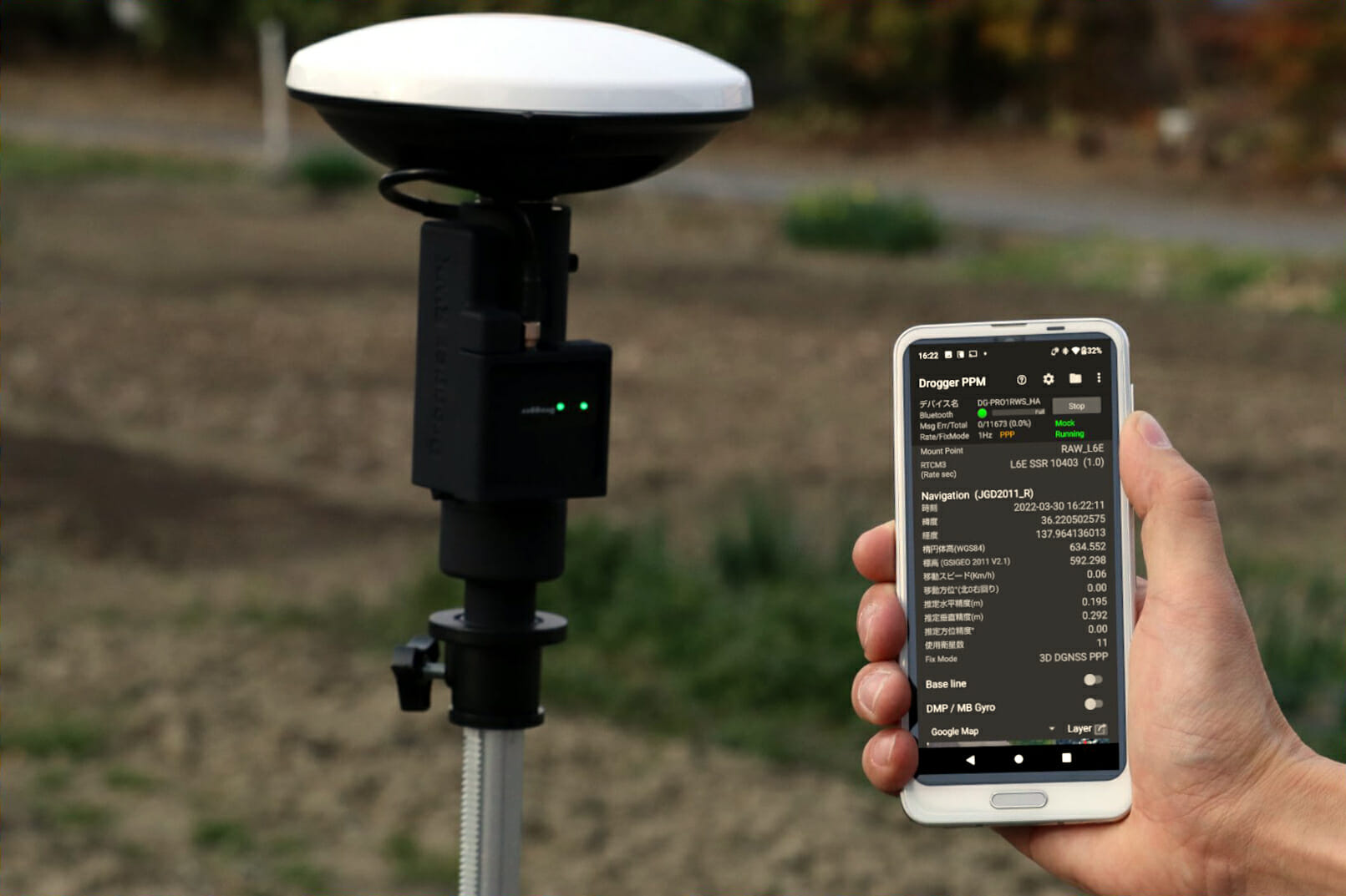 BizStation, a Japanes database solutions company, along with Switzerland’s u-blox, have announced a highly accurate, compact and low-cost positioning solution for markets in East Asia and Oceania.

Onboard BizStation’s DG-PRO1RWS is the u-blox ZED-F9P, a multi-band, high-precision, GNSS receiver, providing simultaneous reception of GPS, GLONASS, Galileo and BeiDou signals. This easy-to-integrate module is energy-efficient and capable of achieving a very fast convergence time.
The other crucial u-blox component built into BizStation’s DG-PRO1RWS is the Japan-specific NEO-D9C correction data receiver, which allows a virtual reference station to receive data on the QZSS L6E band used by MADOCA.

High-precision position data is transmitted by BizStation’s DG-PRO1RWS via Wi-Fi, and the PPM application provides the location of the tracked target, for example a survey drone or an autonomous tractor, while integrating GNSS correction data from the virtual reference station. The application performs all required data processing using the MADOCA positioning library developed by NEC Solution Innovators.

Many consumer-grade products like smartphones now provide GNSS-based positioning to within a few meters. Meanwhile, the demand for high-precision, centimeter-level positioning continues to rise. But getting to this kind of accuracy via existing infrastructure and at an affordable price can be complicated. Until now, many places in the East Asia and Oceania regions have been unable to access this kind of service, mainly due to sparse cellular network coverage. The new, high-precision GNSS solution by BizStation, with u-blox onboard, can be deployed using either a fixed or a mobile virtual reference station.

Users of BizStation PPM will now have access to centimeter-level positioning in places where mobile networks are not available. This opens new opportunities for a range of advanced, high-precision, GNSS-based industrial applications in the region, from maritime offshore surveying to agricultural and industrial vehicle guidance, motor-sports applications and UAV operations.

With this new BizStation/Drogger PPM solution, BizStation and u-blox become pioneers of PPP in East Asia and Oceania, growing the application space for high-precision positioning and navigation solutions throughout the region.