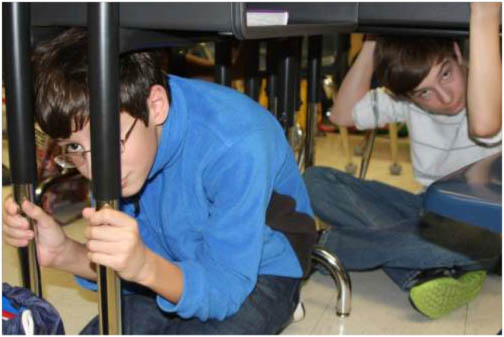 Updated National Seismic Hazard Maps released by the U.S. Geological Survey (USGS) on Thursday (July 17, 2014) indicate a higher level of earthquake risk for the West Coast and some areas of the Midwest and East Coast then previously thought.

Updated National Seismic Hazard Maps released by the U.S. Geological Survey (USGS) on Thursday (July 17, 2014) indicate a higher level of earthquake risk for the West Coast and some areas of the Midwest and East Coast then previously thought.

While all states have some potential for earthquakes, 42 of the 50 states have a reasonable chance of experiencing damaging ground shaking from an earthquake during the next 50 years. The hazard is especially high along the West Coast, intermountain West, and in several active regions of the central and eastern United States, such as near New Madrid, Missouri, and near Charleston, South Carolina.

The Federal Emergency Management Agency (FEMA) has estimated the average annualized loss from earthquakes nationwide to be $5.3 billion. According to FEMA, 77 percent of that figure ($4.1 billion) comes from California, Washington, and Oregon, with 66 percent ($3.5 billion) from California alone.

The latest hazard assessment provides additional fuel for an effort to establish a West Coast Earthquake Early Warning (WC-EEW) system. The USGS, along with partners among universities and state and local agencies, has proposed to develop and operate an EEW system called ShakeAlert, for the highest-risk areas of the United States. The system would leverage current earthquake monitoring capabilities of the Advanced National Seismic System along with the GPS reference networks.

By detecting and analyzing the location and magnitude of an earthquake reflected in the P-wave energy, expected ground-shaking levels across a region can be estimated and warnings sent to local populations before more damaging shaking arrives with or after the S-wave. The advanced warning can range from seconds up to more than a minute, depending on the distance an affected area is from the earthquake’s origin.

That may not sound like much of a head-start on preparing for a quake, but it can provide a crucial edge for efforts to minimize damage from a quake, says Ken Hudnut, a geophysicist at the USGS Earthquake Science Center in Pasadena, California, and chairman of the GNSS Working Group for the WC-EEW.

Benefits envisioned for ShakeAlert include such efforts as getting school children to safety under their desks sooner, operating automatic shut-off valves for utilities and machinery, putting computer systems into a safer state, or switching other automated systems to try to prevent loss of life or damage to property.

“If you were having surgery performed at that time, wouldn’t you want the surgeon to remove the scalpel to safety right before the shaking started?” Hudnut says. In a “Thought Leadership Series” article appear in the forthcoming JulyAugust issue of Inside GNSS, Hudnut discusses the role of GNSS in earthquake research and in the WC-EEW.

Capital investment costs for a West Coast EEW system are projected to be $38.3 million, with additional annual maintenance and operations totaling $16.1 million, according to a recent USGS “Technical Implementation Plan for the ShakeAlert Production System.”

Last Tuesday (July 15, 2014), the U.S. House Appropriations Committee voted to include $5 million in an appropriations bill for the U.S.  Department of the Interior and Environmental Protection Agency, the first time Congress has specifically committed funds to the Early Earthquake Warning System.

Growing Role for GNSS
GPS-based geodetic data charts the rate (velocity) and direction of movement of the strategically sited reference, reflecting crustal plate motion and deformation or “strain” of the underlying Earth layers. USGS experts combine the geodetic data with geologic data and seismic sensors that measure slippage and vibration along fault lines.

“Modern GPS data provide more spatially complete observations on ground deformation, cover a period of 25 years (from 1987–2012), and record the most recent plate-loading rates with submillimeter per year precision, which is more precise than data provided by geologic studies,” the USGS researchers wrote in their report.

“In long-term forecasting, geodesy is useful because we assess the rate of loading of active fault zones,” says Hudnut. “We measure the velocity vector very precisely over many years for each of our continuously operating GNSS stations, the Plate Boundary Observatory with over 1,000 GNSS stations and all of the USGS’s over 100 additional GNSS stations along the San Andreas fault system and across the Los Angeles and San Francisco urban areas.”

These data are combined with other data, such as geological fault slip rates and the USGS seismicity catalog, to make the long-range earthquake hazard assessments or “forecasts.” With better understanding of potential ground shaking levels, such forecasting can support various risk analyses by considering factors like population levels, building exposure, and building construction practices.

In turn, these analyses can be used for establishing building codes and estimating seismic risk for key structures. They can also help in determining insurance rates, emergency preparedness plans, and private property owners evaluating their homes in order to make them more resilient.