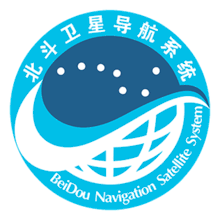 China’s development and promotion of its BeiDou satellite navigation system not only has tremendous implications for that country’s government and finances, but this alternative to GPS also presents a variety of implications for the United States, according to a staff research report released by the U.S.-China Economic and Security Review Commission.

China’s development and promotion of its BeiDou satellite navigation system not only has tremendous implications for that country’s government and finances, but this alternative to GPS also presents a variety of implications for the United States, according to a staff research report released by the U.S.-China Economic and Security Review Commission.

The report, “China’s Alternative to GPS and its Implications for the United States,” was written by Jordan Wilson, policy analyst in security and foreign affairs at the U.S.-China Economic and Security Review Commission, and released on January 5, 2017. Congress established the commission in 2000 “to monitor, investigate, and submit to Congress an annual report on the national security implications of the bilateral trade and economic relationship between the United States and the People’s Republic of China, and to provide recommendations, where appropriate, to Congress for legislative and administrative action.” The Commission is composed of 12 members who serve two-year terms, three of whom are selected by each of the majority and minority leaders of the Senate, and the speaker and the minority leader of the House of Representatives.

Although BeiDou is provided for free and therefore is not designed to “compete” with other satellite navigation systems, including GPS, the commission noted that Beijing has implemented a number of domestic policies to promote the adoption of BeiDou-compatible receivers and expand its GNSS industry.

Plenty of reasons exist to believe this expansion will be substantial, Wilson writes. Not only are expectations high for significant economic growth brought on by BeiDou, but the development of one of the world’s first satellite navigation systems will also affect diplomatic issues and should also play a big role in providing China with both domestic and international prestige.

The Commission’s report states that, according to Davof Xu, GNSS China project manager for the European Union Chamber of Commerce in China, more than 14,000 companies and organizations are active in the GNSS-related industry in China, accounting for a total of more than 450,000 employees. Xu’s comments came from a commission staff interview last September.

The industry’s fast-paced growth along with China’s “relatively low current market share, latecomer status, and fragmented market likely indicates to Beijing an opportunity for significant economic benefits down the road,” the report states. An earlier report prepared for the U.S.-China Economic and Security Review Commission, “Planning for Innovation: Understanding China’s Plans for Technological, Energy, Industrial, and Defense Development,” by the University of California Institute on Global Conflict and Cooperation (IGCC) on July 28, 2016, said that Chinese GNSS companies are mostly small- and medium-sized in comparison to highly consolidated global providers.

In the commission’s January 5 report, commercial implications for both the U.S. and China are addressed. Wilson writes that the global trend toward “product compatibility with multiple constellations may actually create additional opportunities for U.S. companies in China in the near term.” He cites both the IGCC report and Qualcomm Inc.’s press releases to support these findings. Qualcomm that provided the GNSS component technology for the first GPS- and BeiDou-compatible smartphone — the China market version of the Samsung Galaxy Note 3 — in 2013.

China’s public release of BeiDou’s Open Service interface control document (ICD) as other GNSSs have done indicates a desire for some level of international participation. (The most recent version, BeiDou ICD v2.1, was released last November.) An official with the China Satellite Navigation Office noted in 2014 that “Chinese companies can only grow by engaging in face-to-face competition with the world’s top companies in the industry.”

The report notes, however, that it takes roughly one to two years to add a new constellation to product software, which can be a disadvantage for foreign companies that have not yet developed BeiDou compatibility. Additionally, Wilson said that China’s government has taken steps to advantage domestic companies, which most other GNSS programs have done at some point in their development. These steps include:
• Chinese companies were given early access to BeiDou reference designs and specifications, providing an early advantage in developing BeiDou products.
• China has established certification hurdles seemingly targeting non-Chinese vendors.
• According to the report, Qualcomm was not allowed to join China’s GNSS standards committee alongside domestic firms.

Because of these factors, U.S. and other foreign firms will likely need some time to take advantage of the commercial shift toward multi-constellation devices to compete in China’s domestic market.

In the international market, U.S. companies will likely be able to configure their products to work with the constellations prevalent in each region and compete with fewer obstacles than in China’s domestic market, the report argued. From this perspective, rapid movement towards full interoperability between satellite navigation systems will continue to be in the interests of the United States, the report indicates.

Challenges specific to the downstream satellite navigation industry in China should be included in larger discussions regarding U.S.-China trade and market access issues. As Mr. Xu observes, market access for foreign firms in China is a “general not a particular problem.”

According to the executive summary in Wilson’s report, China’s reasons include to: (1) address national security requirements by ending military reliance on GPS; (2) build a commercial downstream satellite navigation industry to take advantage of the quickly expanding market; and (3) achieve domestic and international prestige by fielding one of only four such global navigation satellite systems (GNSS) yet developed, cementing China’s status as a leading space power and opening the door to international cooperation opportunities. BeiDou is consistently referenced as one of China’s top space projects in its government white papers on space activities, most recently in December 2016.

Without a doubt, Wilson asserted, BeiDou is of foremost importance in allowing China’s military to employ Beidou-guided conventional strike weapons if access to GPS were denied. In addition to the open service, BeiDou transmits an encrypted signal intended for military or security use, as most other GNSSs also do.

In terms of specific security issues, the report notes that “concerns have been raised regarding inherent security vulnerabilities in BeiDou-equipped receivers.” These included the possibility of tracking users without their knowledge or introducing “malware” into their products, suggestions that Wilson indicated were raised by the Ministry of Science and Technology of Taiwan, with which mainland China has a problematical relationship. Technical experts interviewed for the report, however, noted that (1) they are not aware of ways to feasibly transmit malware through a navigation signal; and (2) receiver chip manufacturers outside China will be unlikely to include the BeiDou “texting service” due to cost factors.

Jim Mollenkopf, senior director of strategic development for Qualcomm Government Technologies, stated that “Qualcomm’s products only use BeiDou for passive reception of navigation signals, and do not use the BeiDou messaging function. We know of no way for the BeiDou system to track users without the messaging function enabled.”

Lastly, Wilson states that given that one-third of the smartphones exported from China in the first quarter of 2016 reportedly contained BeiDou receiver chips, U.S. consumers should know that there are no inherent risks involved in a smartphone having BeiDou connectivity if it does not include the satellite communication channel. The report cites Stephen Chen, “China to Massively Increase Accuracy of its GPS Rival, with Benefits for Smartphone Users … and the Military,” from the South China Morning Post (June 17, 2016) with providing these figures.