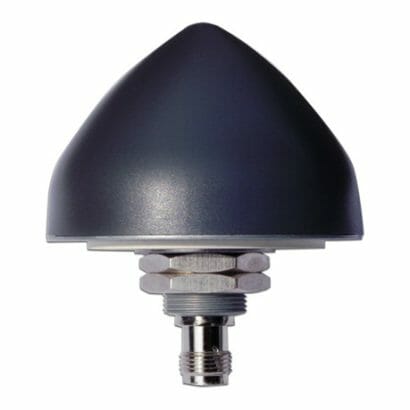 The antenna is housed in a through-hole mount, weatherproof (IP69K) enclosure. L-bracket (PN 23-0040-0) or pipe (23-0065-0) mounts are available for permanent installations. The company provides an antenna installation guide that recommends a 100 to 125 mm ground plane and includes best practices for antenna installation and cable connector waterproofing.

Many new LTE bands have been activated, and their signals or harmonic frequencies can affect GNSS antennas and receivers. In North America, the planned Ligado service, which will broadcast in the frequency range of 1526 to 1536 MHz, can affect GNSS signals. New LTE signals in Europe [Band 32 (1452 – 1496 MHz)] and Japan [Bands 11 and 21 (1476 – 1511 MHz)] have also affected GNSS signals. The TW3885T mitigates the effects of these new signals.