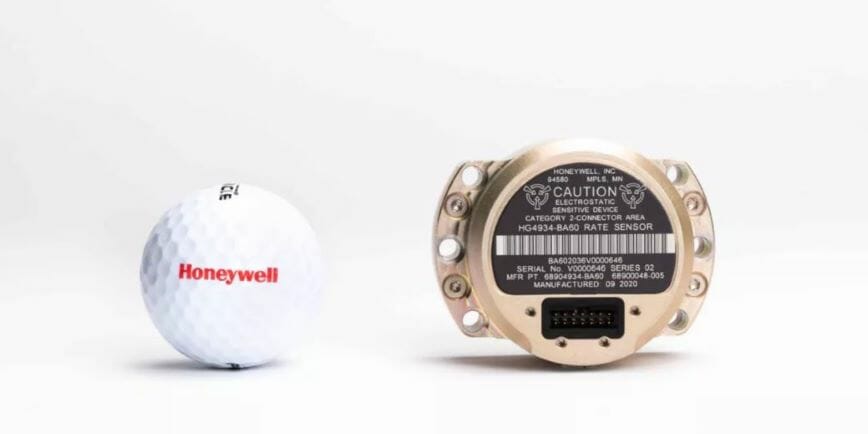 At only 145 grams, Honeywell’s HG4934 Space Rate Sensor is roughly the same size and weight as a golf ball. It consumes about one-fifth the amount of electric power, and it is more than 32 times lighter and 60 times smaller than Honeywell’s current offerings. It also is more tolerant of radiation, a key attribute in space, and uses Honeywell’s sensor technology.

“With this new sensor, it’s possible to build smaller, lower-cost satellites that are just as capable and reliable as their traditional predecessors, which will allows for fielding new satellite technologies like 5G telecommunications or high-bandwidth global internet,” said Mike Elias, vice president and general manager, Space, Honeywell Aerospace. “Furthermore, the number of satellites is only increasing, which leads to more crowded orbits. It’s critical that our customers have highly precise navigation solutions to help prevent accidents, which could knock functional satellites out of orbit.”

A space rate sensor, also known as an inertial reference unit or IRU, is a type of inertial sensor that is composed of three gyroscopes that work together to sense rotation rates. They determine an aircraft or spacecraft’s change in rotational attitude over time and allow it to move from one location to another without using any external information. It can also serve as a back-up solution to provide extra redundancy in case other navigation systems fail.

Celestial navigation options like star trackers are a popular method of obtaining pointing directions for satellites and spacecraft. This form of navigation uses angular measurements between objects in space (stars, planets, etc.) and the horizon to calculate location. However, sometimes these star trackers are blinded by the sun or affected by thruster gases. In this case, Honeywell’s HG4934 can act as a secondary method of attitude determination.

Honeywell’s HG4934 Space Rate Sensor is available now for commercial, defense, and science applications, and first deliveries to customers began at the end of 2020.