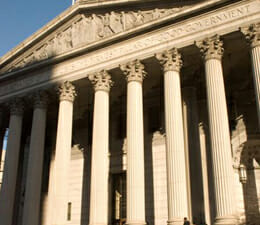 The $2 billion spectrum-related lawsuit filed by Harbinger Capital Partners against Apollo Global Management has been stayed once again — this time at the request of Ligado Networks, the current holder of the frequencies involved.

Ligado Networks is the successor firm to LightSquared, the company that emerged after Harbinger invested in and then fully acquired a firm called SkyTerra from Apollo Global. Harbinger renamed the firm and paid hundreds of millions to another wireless company to separate its checkerboard of frequency assignments from those of LightSquared, giving LightSquared a contiguous band of spectrum.

The effort was aimed at the time at building a high-powered, national broadband network comprising some 40,000 ground stations. To do that LightSquared also needed the Federal Communications Commission (FCC) to approve its use of its satellite frequencies, which are located in a band neighboring the satellite navigation band, for terrestrial operations. The FCC, however, put that proposal on hold in 2012 because testing showed the network would overwhelm the vast majority of GPS receivers. LightSquared filed bankruptcy shortly thereafter, emerging a few years later as Ligado. Ligado now has more limited plans for its terrestrial component but is still seeking FCC permission for terrestrial use of satellite frequencies.

Harbinger and affiliates joining it in the suit are alleging Apollo and a list of other defendants knew as early as 2001 that terrestrial voice and data signals would overload GPS receivers but “carefully concealed these defects,” according to Harbinger’s complaint.

“The Harbinger Funds were able to discover the truth only after the Company (LightSquared), having just emerged from bankruptcy, suddenly dropped a lawsuit that it had brought against a number of GPS companies concerning the interference issue — a lawsuit it had previously touted as meritorious and valuable — and settled it on such unfavorable terms that they suspected that the issue might not be blamed on the GPS companies. The Harbinger Funds therefore began an extensive investigation that eventually led to the discovery of defendants’ massive fraud.”

“This overload issue,” Harbinger wrote, “would effectively cripple receivers used by GPS and would be fatal to the millions of GPS devices already in use, many of which are critical to the national infrastructure and already widely used for aviation, safety, defense, and research purposes across the country.”

“We believe the suit lacks merit and we intend to defend ourselves vigorously,” a spokesperson for Apollo Global Management said in a written statement shortly after the lawsuit was filed.

Frozen
Action in the lawsuit is now on hold. “At Ligado’s request, the parties have agreed to a second stay to April 3, 2019,” according to a filing with the Supreme Court of the State of New York.

“The delay is likely to be related to the fact that Ligado is still awaiting a ruling from the FCC on its license application and neither side wants to pursue this litigation until they see that ruling,” said Tim Farrar, the founder of TMF Associates. Farraris a technology consultant specializing in the satellite industry who has followed LightSquared/Ligado closely.

At the beginning of January, an FCC ruling in the first quarter of the year seemed possible, Farrar said in an emailed comment. But the long government shutdown may have changed that, he said. “So it is entirely possible that a further extension will be agreed in April.” The court did indeed anticipate additional delay in the case in its decision document.

Farrar said the reason he and others had suggested that a decision was near was that there were rumors that a key element, a letter, had been sent to the National Telecommunications and Information Administration (NTIA).

The decision is in the hands of the FCC, which deals with non-federal spectrum issues. In the process leading up to the 2012 LightSquared decision the FCC did not rule, however, until after it got feedback from the NTIA on whether there was interference. The NTIA, which handles federal frequency use, did not issue an opinion until it heard from the National Executive Committee for Space-Based Positioning, Navigation, and Timing (PNT). The ExCom is a federal, multi-agency decision-making body for satellite navigation and has been the nexus for the research into interference issues between LightSquared/Ligado and GPS users. It is advised by the National Space-Based PNT Advisory Board, which is made up of the nation’s leading experts on satellite navigation.

That same sequence of expert input appears to be in place in the case of Ligado’s request. The Advisory Board has made it clear that it believes the Ligado proposal, though revised from LightSquared’s original plan, still poses a GPS interference risk and sent a letter in August 2018 recommending against approval. Though the ExCom has appeared poised to submit its input, Inside GNSShas been unable to confirm that a letter has actually gone out from the ExCom to the NTIA. It appears possible that that step was delayed by the partial government shutdown.