Glen Gibbons Named Fellow of the RIN at Annual Meeting 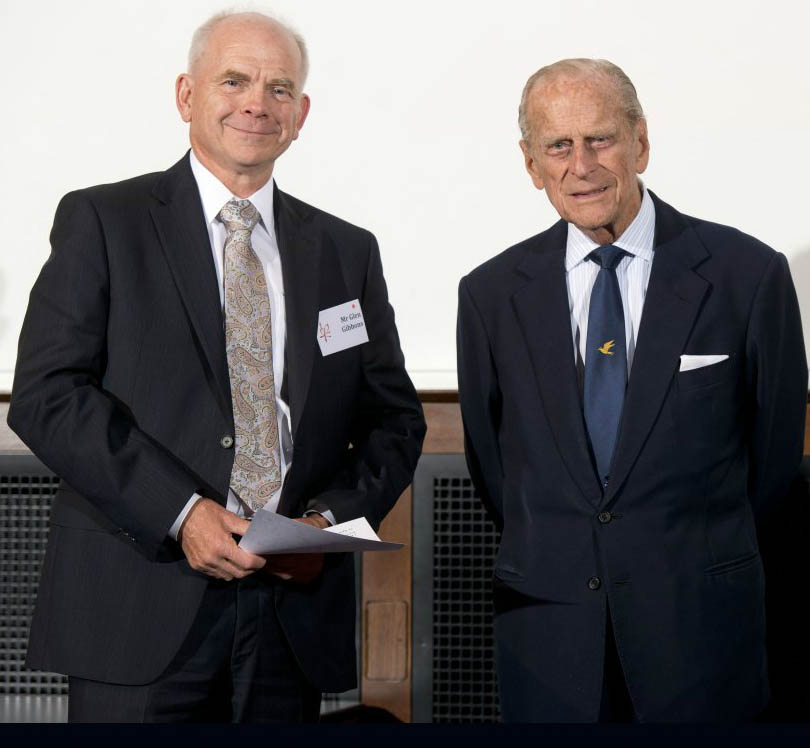 Terry Moore, professor of and director of the Nottingham Geospatial Institute (NGI) at the University of Nottingham, took over the reins as president of the United Kingdom’s Royal Institute of Navigation (RIN) in a ceremony at the group’s annual meeting on July 10.
Glen Gibbons, editor emeritus of Inside GNSS, presented one of two RIN President’s Invitation Addresses, speaking on the subject, “Unfinished Business of Positioning, Navigation, and Time.” Gibbons also was named a Fellow of the RIN, “in recognition of his globally respected journalism, raising awareness and sharing knowledge of GNSS.”

The other invited address was presented by David Rooney, Keeper of Time, Cities, Technologies & Engineering at the UK Science Museum and lead curator of the recently opened exhibition, Mathematics: The Winton Gallery. Rooney’s topic was “The Traffic Problem in 20th Century London.”

Moore succeeds Captain J. B. Taylor, Royal Navy (retired), who served in the post for the past three years. In a first for the RIN, Kate Jeffery, professor of behavioral neuroscience at University College London, became the first woman to serve as a vice-president on the organization. Jeffery leads the RIN’s Cognition and Navigation Group.

Among other awards announced at the meeting, Chronos Technology Ltd., received the Duke of Edinburgh’s Navigation Award for Technical Achievement “in recognition of technical excellence and authority in satellite navigation and timing vulnerabilities and mitigations.”

Prince Philip, the Duke of Edinburgh, serves as the royal patron of the RIN.

In 2015, Gibbons who at the time was the Inside GNSS editor and publisher, received a high honor from the RIN for his “outstanding contribution to navigation” as a journalist and publisher.

The 2015 Harold Spencer-Jones Gold Medal was presented to Gibbons by Prince Philip, Duke of Edinburgh and husband of Queen Elizabeth II, on July 15, 2015 at the Royal Geographical Society in London. The duke is the patron of the institute.