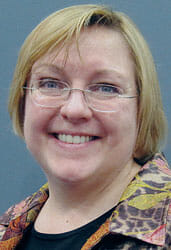 Dee Ann Divis, Inside GNSS’s Washington correspondent¸ was named the winner of the Society of Professional Journalists Washington, D.C., Professional Chapter’s highest journalistic award, the Robert D.G. Lewis Watchdog Award, for her work with the magazine.

Dee Ann Divis, Inside GNSS’s Washington correspondent¸ was named the winner of the Society of Professional Journalists Washington, D.C., Professional Chapter’s highest journalistic award, the Robert D.G. Lewis Watchdog Award, for her work with the magazine.

The Lewis Award is chosen from among all the entries in the Dateline Awards competition.

Divis is assistant managing editor for news at the Washington (D.C.) Examiner and a
former science and technology editor for United Press International. She
was a 2003-4 Knight Fellow in Science Journalism at Massachusetts Institute of Technology.

"We are delighted in Dee Ann’s well-deserved recognition by her professional peers," said Inside GNSS editor, Glen Gibbons. "This award underlines the strong journalistic values that she brings to her efforts to inform our readers about the crucial policy issues affecting the GPS and worldwide GNSS community."

The judge for Divis’s entry in the correspondent category wrote, "Divis demonstrates a mastery of her subject, handling equally well spot, in-depth reporting with the type of analysis possible only for a reporter in complete command of her subject matter. She translates deeply technical information into layman’s language that makes for a compelling read."

The chairman the judging panel added, “Judges from all three Ohio chapters reviewed her work, and concur that [it] clearly exemplifies journalism aimed at protecting the public from abuses by those who would betray the public trust.”

He singled out Divis’s reportage of the LightSquared/GPS interference controversy. "Dee Ann Divis has recognized a threat to the general public, disruption of the GPS services that so many people have come to rely on. She has continued to report on this threat in her writings, demonstrating several requisite traits for watchdog journalists.  She is alert, analytical, and persistent.  She writes with a clarity that informs and is not misunderstood."